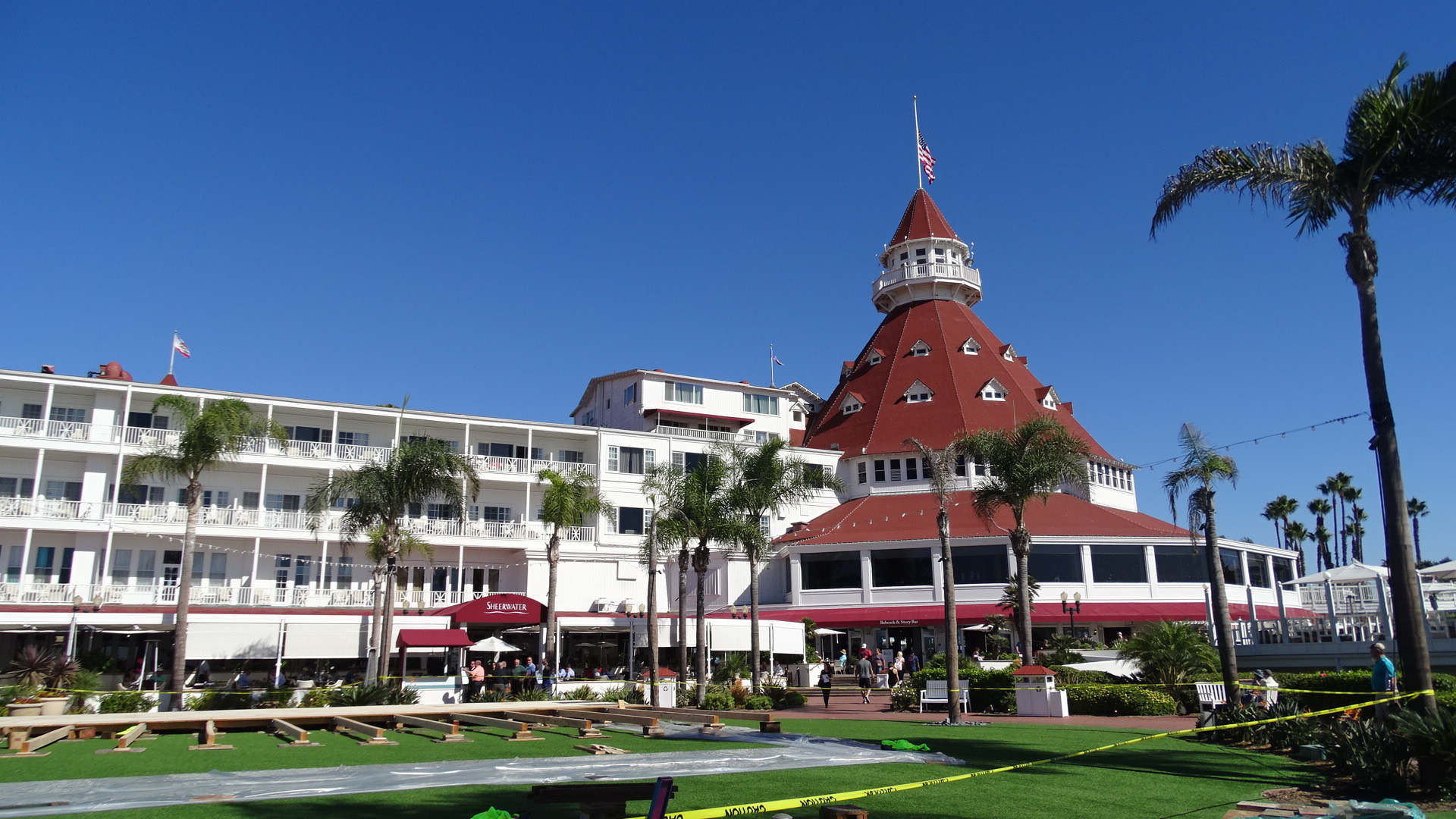 A living legend for 130 years, The Del celebrates its rich heritage as the proud host to celebrities, royalty, U.S. Presidents and beach-loving guests for generations. Built in 1888 by Elisha Babcock, Jr., and Hampton L. Story and designated a National Hi

Hotel del Coronado (also known as The Del and Hotel Del) is a historic beachfront hotel in the city of Coronado, just across the San Diego Bay from San Diego, California. It is one of the few surviving examples of an American architectural genre: the wooden Victorian beach resort. It is the second largest wooden structure in the United States (after the Tillamook Air Museum in Tillamook, Oregon) and was designated a California Historical Landmark in 1970 and a National Historic Landmark in 1977.

When it opened in 1888, it was the single largest resort hotel in the world. It has hosted presidents, royalty, and celebrities through the years. The hotel has been featured in numerous movies and books.

The living are not the only ones to visit the luxurious hotel. There are also ghosts that stay at the hotel. The most famous ghost at the hotel is that of Kate Morgan. Kate died at the hotel at the age of 24.

The stories related to her death claim she was a married woman who went to the hotel to have a rendezvous with her lover. Other stories claim her male companion abandoned her on her trip to the hotel. She committed suicide after being alone for five days.

Since her death a broad range of unexplainable activity has occurred in the hotel. Televisions that turn off and on, lights that flicker, voices and footsteps are just a few things that happen. Other people claim to have seen Kate's ghost on the beach and around the hotel.