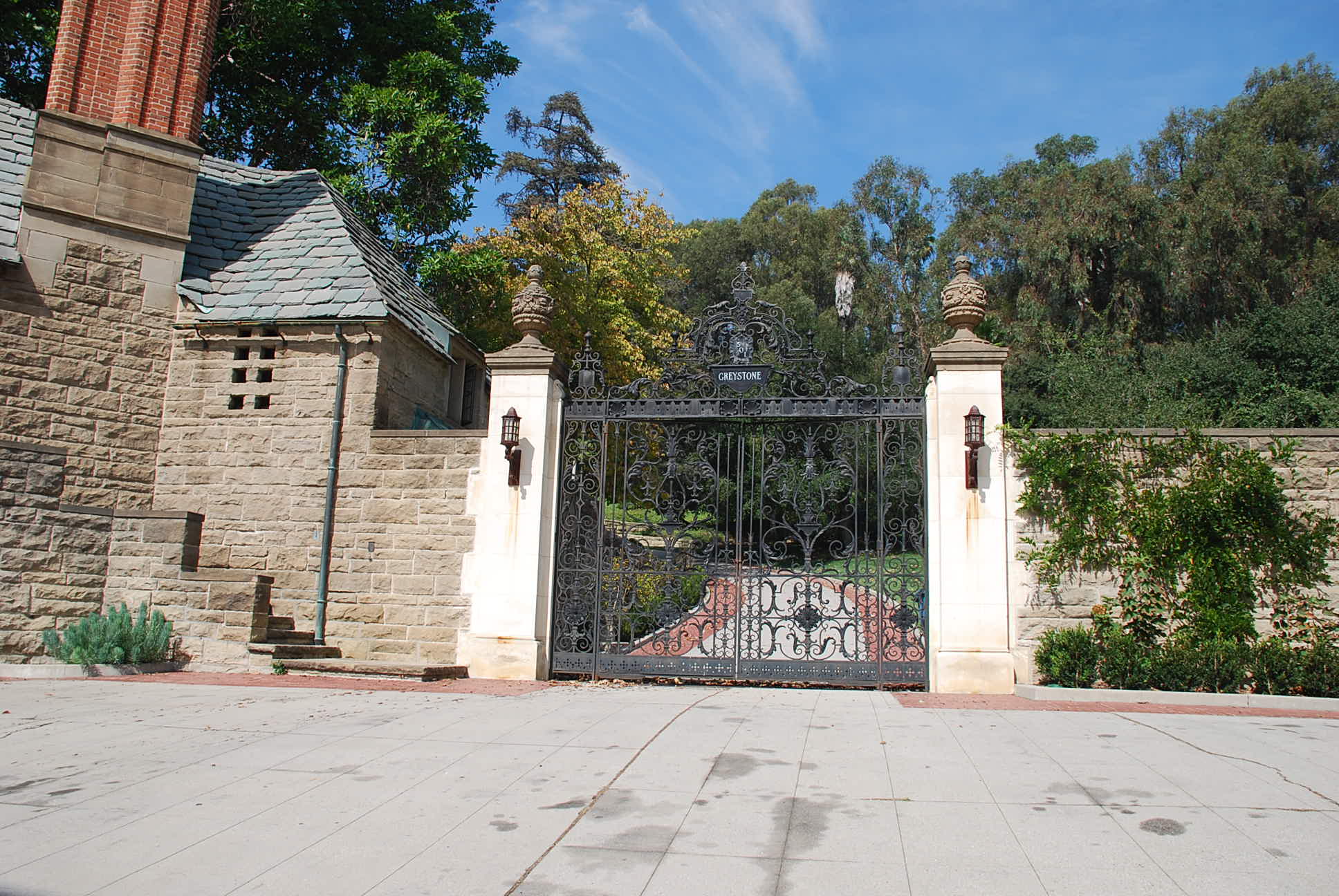 The Greystone Mansion, also known as the Doheny Mansion, is a Tudor Revival mansion on a landscaped estate with distinctive formal English gardens, located in Beverly Hills, California, United States.

The Greystone Mansion, also known as the Doheny Mansion, is a Tudor Revival mansion on a landscaped estate with distinctive formal English gardens, located in Beverly Hills, California, United States. Architect Gordon Kaufmann designed the residence and ancillary structures, and construction was completed in 1928. The estate was a gift from oil tycoon Edward L. Doheny to his son, Edward "Ned" Doheny, Jr., and his family. Following the purchase of the estate by the city of Beverly Hills in 1965, the property became a city park in 1971, and was subsequently added to the National Register of Historic Places in 1976 as Doheny Estate/Greystone. The house and grounds are often used in filmmaking and television production. The house's descending staircase is one of the most famous sets in Hollywood.

On February 16, 1929, four months after Ned Doheny, his wife Lucy and their five children moved into Greystone, Doheny died in a guest bedroom in a murder-suicide with his secretary, Hugh Plunkett. The official story indicated Plunkett murdered Doheny either because of a "nervous disorder" or inflamed with anger over not receiving a raise. Others point out that Doheny's gun was the murder weapon and that Doheny was not buried in Los Angeles' Calvary Cemetery, a Catholic cemetery, with the rest of his family, indicating that he had committed suicide. Both men are buried at Forest Lawn Memorial Park, Glendale, within a few hundred yards of each other. Both were involved in the trial of Doheny's father in the Teapot Dome scandal.


Lots of mystery and unanswered questions surround the murder-suicide of a secretary and his employer, Ned Doheny, son of wealthy oil influencer Edward Doheny. While the official report claims the secretary either had a nervous breakdown, or killed his boss over not receiving a raise, multiple conspiracy theories have surfaced since. The homicide detective who arrived at the scene later wrote an autobiography called "Me, Detective," detailing the errors within the investigation. The case was declared solved by the District Attorney's Office the following day, but rumors say Ned and his secretary Hugh still roam the halls of the mansion today.