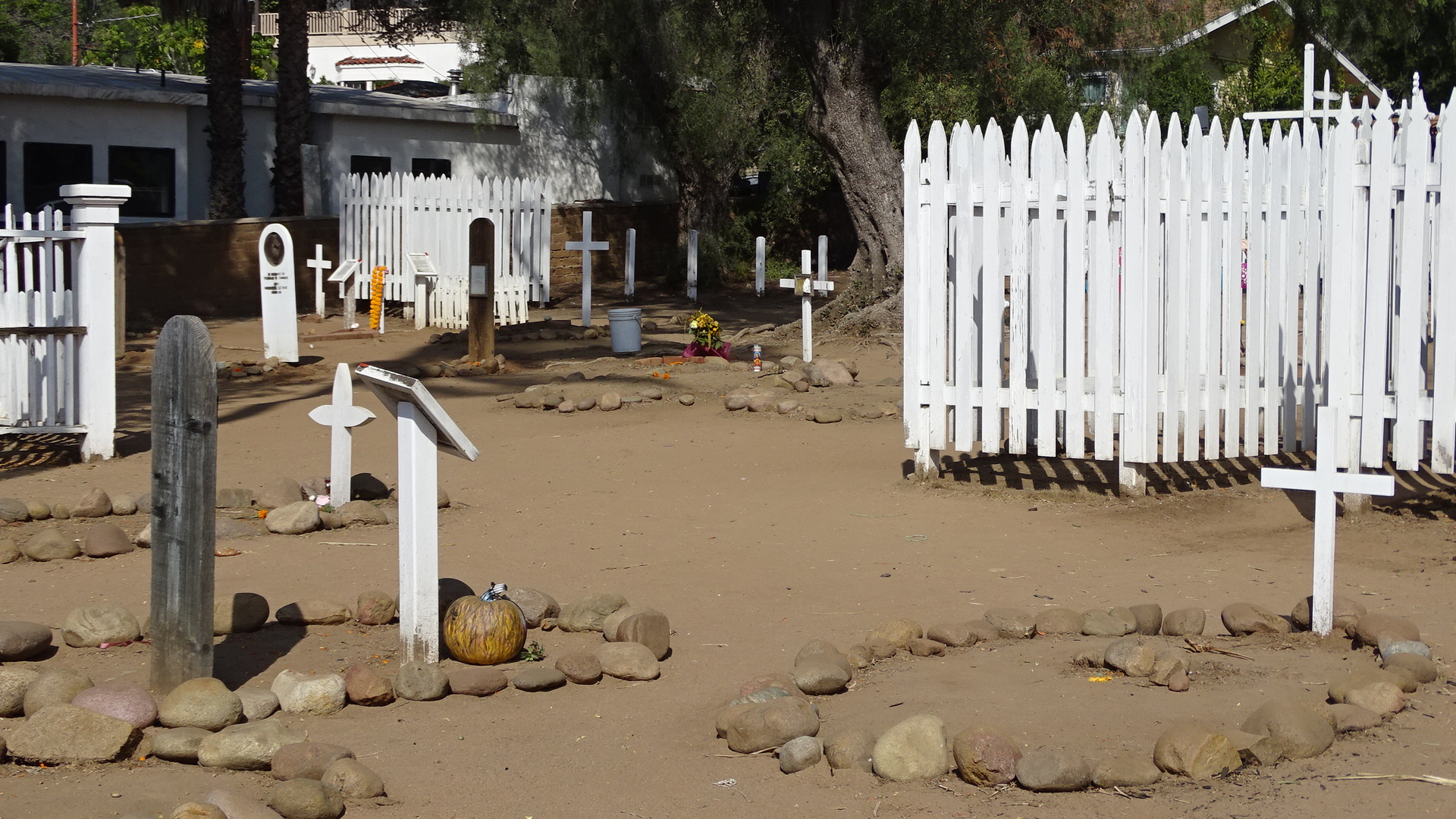 Early settlers of San Diego needed to construct a place to bury the dead, thus the El Campo Santo Cemetery opened in 1849.

Early settlers of San Diego needed to construct a place to bury the dead, thus the El Campo Santo Cemetery opened in 1849. Hundreds of people were buried in one of the most haunted places in San Diego.

As the city expanded living residents decided that the graves could either be moved or simply built over. One area of the cemetery became the location for a horse-drawn street car. The idea sounds nice as it served a purpose; however, the line went directly over 18 graves, which were eventually paved over.

The most widely seen apparitions in El Campo Santo cemetery are an Indian or Hispanic man in 19th century clothing. There is also a woman also dressed in period clothes. The man is said to float above the ground. Other paranormal reports have said that cars which are parked upon the graves will sometimes have their alarms go off, even though no one is in sight of the vehicle.


All seemed to be well at El Campo Santo until the city began to grow and the needs of the living seemed to supersede the respect for the dead. So when the people in San Diego saw a need for more roads, several graves were removed and relocated. A horse-drawn streetcar line was constructed that ran right through the cemetery, and later, this same streetcar line became a modern road. Many graves were just paved over - leaving the souls of the dead trapped under the road.

Residents and business owners in the surrounding areas of the cemetery have reported witnessing disturbing poltergeist events: Inexplicable electrical outages, lights going on and off and appliances and alarms systems going off for no reason at all. Could it be the spirits of those whose bodies were so grossly disrespected crying out? Many seem to think so.

Visitors to the area have also been spooked by their car alarms going off or being unable to start their vehicle when they parked in the lot in front of the graveyard - another sign that the souls of the dead were not happy.

But perhaps the most telling indication that El Campo Santo Cemetery is haunted is the fact that several ghosts have been seen including the ghost of Yankee Jim Robinson who was hung on the property of the Whaley House before it was constructed. Witnesses have recounted seeing other apparitions as well - some dressed in period costume, others that seem to glide above the graves then disappear as they are approached. Freezing cold spots and floating orbs, flashes of light and shadowy figures have also been reported.


At one point there was a considerable amount of paranormal activity at the cemetery. Although it has reduced dramatically there is still some activity. People have experienced extreme cold spots in the area as well as cars refusing to start when parking in the cemetery parking lot.

The ghost of a former grave digger is seen at the cemetery as well as a young boy who appears to be trapped and confused.