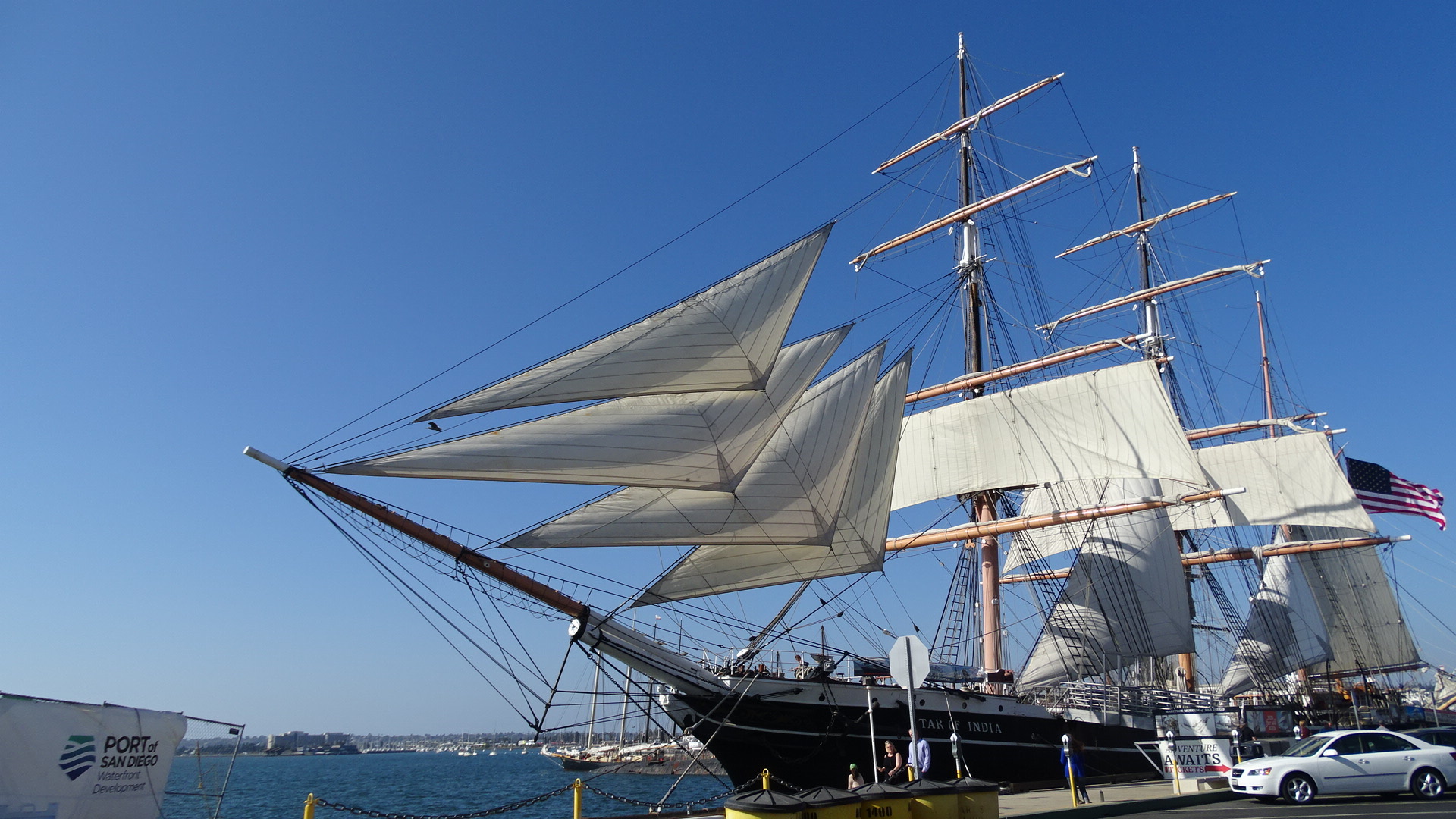 The world's oldest active sailing ship. She began her life on the stocks at Ramsey Shipyard in the Isle of Man in 1863.

The world's oldest active sailing ship. She began her life on the stocks at Ramsey Shipyard in the Isle of Man in 1863. Iron ships were experiments of sorts then, with most vessels still being built of wood. Within five months of laying her keel, the ship was launched into her element. She bore the name Euterpe, after the Greek muse of music and poetry.

Euterpe was a full-rigged ship and would remain so until 1901, when the Alaska Packers Association rigged her down to a barque, her present rig. She began her sailing life with two near-disastrous voyages to India. On her first trip she suffered a collision and a mutiny. On her second trip, a cyclone caught Euterpe in the Bay of Bengal, and with her topmasts cut away, she barely made port. Shortly afterward, her first captain died on board and was buried at sea.

After such a hard luck beginning, Euterpe settled down and made four more voyages to India as a cargo ship. In 1871 she was purchased by the Shaw Savill line of London and embarked on a quarter century of hauling emigrants to New Zealand, sometimes also touching Australia, California and Chile. She made 21 circumnavigations in this service, some of them lasting up to a year. It was rugged voyaging, with the little iron ship battling through terrific gales, "aboring and rolling in a most distressing manner," according to her log.

The life aboard was especially hard on the emigrants cooped up in her 'tween deck, fed a diet of hardtack and salt junk, subject to mal-de-mer and a host of other ills. It is astonishing that their death rate was so low. They were a tough lot, however, drawn from the working classes of England, Ireland and Scotland, and most went on to prosper in New Zealand.

The oldest known entity is believed to be a young man by the name of John Campbell. It seems that in 1884, John Campbell, a teen-aged boy seeking adventure, stowed away on The Euterpe. He was eventually discovered and put to work to earn his keep. While tending to the masts, about 100 feet above the deck, his foot slipped and he fell to the deck below, breaking both legs. He died 3 days later in great pain.

Sometimes when the living stand near the mast where young John fell off, they feel a cold hand touch them, as to warn them not to climb the mast, or perhaps just to let them know of his presence

A horrible accident happened in the anchor chain locker, a dark storage compartment located below the main deck, toward the bow of the ship. A Chinese crewman was in this locker area going about his business when crewmen on the deck above began to start the machinery to raise the anchor. The chain filled the anchor chain storage locker, slowly crushing the Chinese crewman to death. No one heard his screams because of the noise of the machines and chains!

In the area around the chain locker a persistent cold spot is often noticed by the living.

Some crewmen throughout the years suffered horrible accidents, and some wasted away from fatal illnesses, spending their last hours alive in the cramped crew quarters where they died.

A sense of fear and anxiety as well as cold spots and a chilly room temperature are reported by the living and psychic-sensitive people, when they visit the crew's quarters.