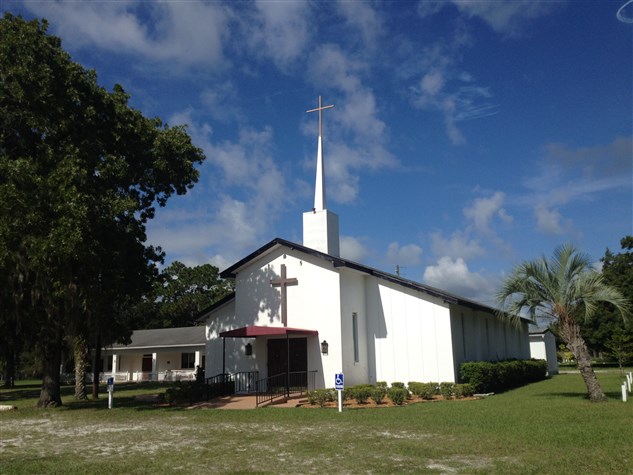 Around 1865, in what is now Osceola County, in the area now known as Shingle Creek, a group of settlers including Henry Overstreet, were forming the Shingle Creek Methodist Church.

In 1865, the Civil War was ending. The New York Stock Exchange opened its first permanent headquarters on Wall Street. The first U.S. pipeline carrying oil was laid in Pennsylvania.

And, in what is now Osceola County, in the area now known as Shingle Creek, a group of settlers including Henry Overstreet, were forming the Shingle Creek Methodist Church.

The church is celebrating 150 years, but for the most part, it is business as usual in the small community church, said Pastor Arch Fisher, the 52nd individual to hold its pastor title.

No one knows the exact date the church, now located at 2420 Old Vineland Road in Kissimmee, got started, but a congregation of some sort occurred in the area between 1856 and 1860, with the church itself beginning soon afterward.

It was Overstreet, one of the earliest pioneers in Central Florida, who essentially got things started when he, his wife, Mary, and their eight children came to the area in a covered wagon from Georgia.

Overstreet and the other residents originally had worship services under a brush arbor they erected with the first wooden church following. He deeded the 10 acres for the church and cemetery. According to historical records, it had split log floors, and the Overstreets were the church's first members. A circuit-riding preacher named Rev. R.L Reaves served as the first minister.

While the original building is gone, the Shingle Creek Cemetery, located behind the church, remains. Some of the grave markers date back to the mid 1800s, with names that are familiar to long-time Osceola residents - Bronson, Yates, Spence, Tyner, Padgett, Ivey, Overstreet, Keen, Lemons, Short, Prescott, Ingram, Prevatt, Cromarties, Johnston, Burkhart, Steffee, Iverson. Members of the Shingle Creek community are still using the cemetery.

In 1968, the Methodist churches merged with the Evangelical Brethren Church becoming the United Methodist Church.

Join Family Shine Paranormal (Andrew Roy) as we uncover the rich history behind Shingle Creek Cemetery. Join Andrew Roy as he begin's his first ever full episode of F.S. Paranormal. What will Andrew find out from within the oldest cemetery in all of Osceola County, Florida?

This video contains historical information and video from his paranormal investigation