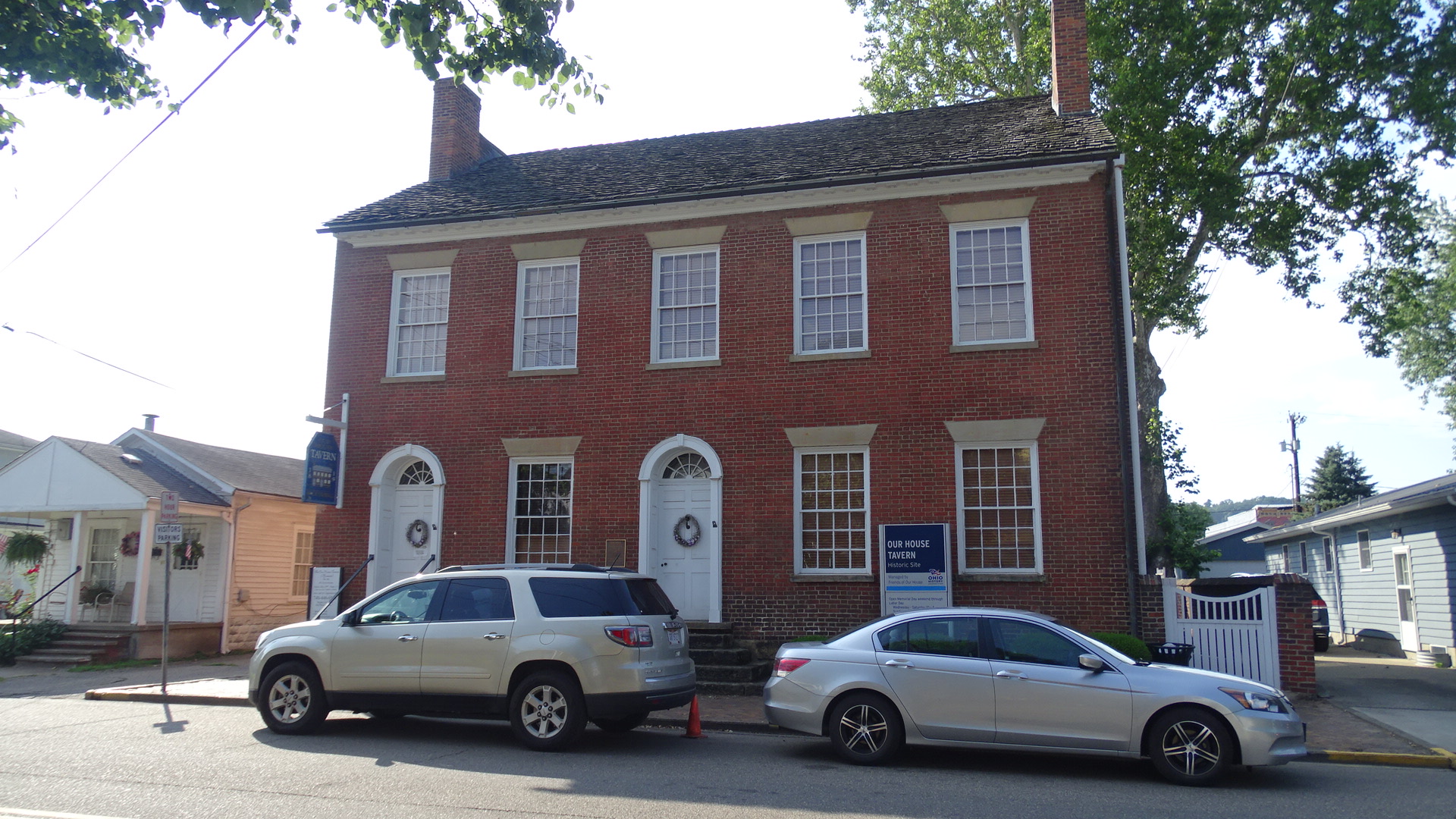 Henry Cushing's Ohio River tavern, called "Our House," was the center of the community's social life for many years.

Henry Cushing's Ohio River tavern, called "Our House," was the center of the community's social life for many years. On Independence Day 1820, the citizens of Gallipolis-after conducting appropriate ceremonies at the courthouse-paraded to Cushing's tavern with a military escort in full regalia.

On Sun., May 22, 1825, prominent citizens of Gallipolis entertained Gen. Lafayette at Our House during his triumphant tour of America, an event that lingers in local memory so vividly that it is customarily marked with an annual commemoration.

Our House was established in Gallipolis, Ohio in 1819. Its name came from owner Henry Cushing inviting Ohio River travelers to "come over to our house." Henry and his sister Elizabeth Cushing Foster (both members of a prominent family in town) ran the tavern and inn until the 1860s when it was used as a hospital during the Civil War. After the war, it became a private home and later a boarding house. The cost to stay in the inn, seventy-five cents, was considered expensive at the time, making Our House more exclusive than its nearby competitors. One of the most esteemed visitors to Our House was the Revolutionary War General Marquis de Lafayette, who stayed at the inn May 22, 1825 during a tour of the United States.

Dr. Charles E. Holzer purchased Our House in 1933 in memory of the French who settled Gallipolis, known as the French 500. In 1944, the Holzers donated the property to the Ohio Historical Society. Today, the museum is managed by The Friends of Our House Committee and staffed by volunteers. Some points of interest inside of the museum include General Lafayette's jacket that was left behind during his visit, the Summer Kitchen, taproom, dining room, a large ballroom for social functions, The Tavern Room and artifacts in the attic.

Built in 1819 by Henry Crushing, the museum was originally a tavern. Crushing invited people from the many boats docked on the Ohio River to "Come over to our house." There have been many sightings and sounds in the museum. Mysterious footsteps have been heard in the foyer along with the sound of a woman singing in the second floor ballroom.