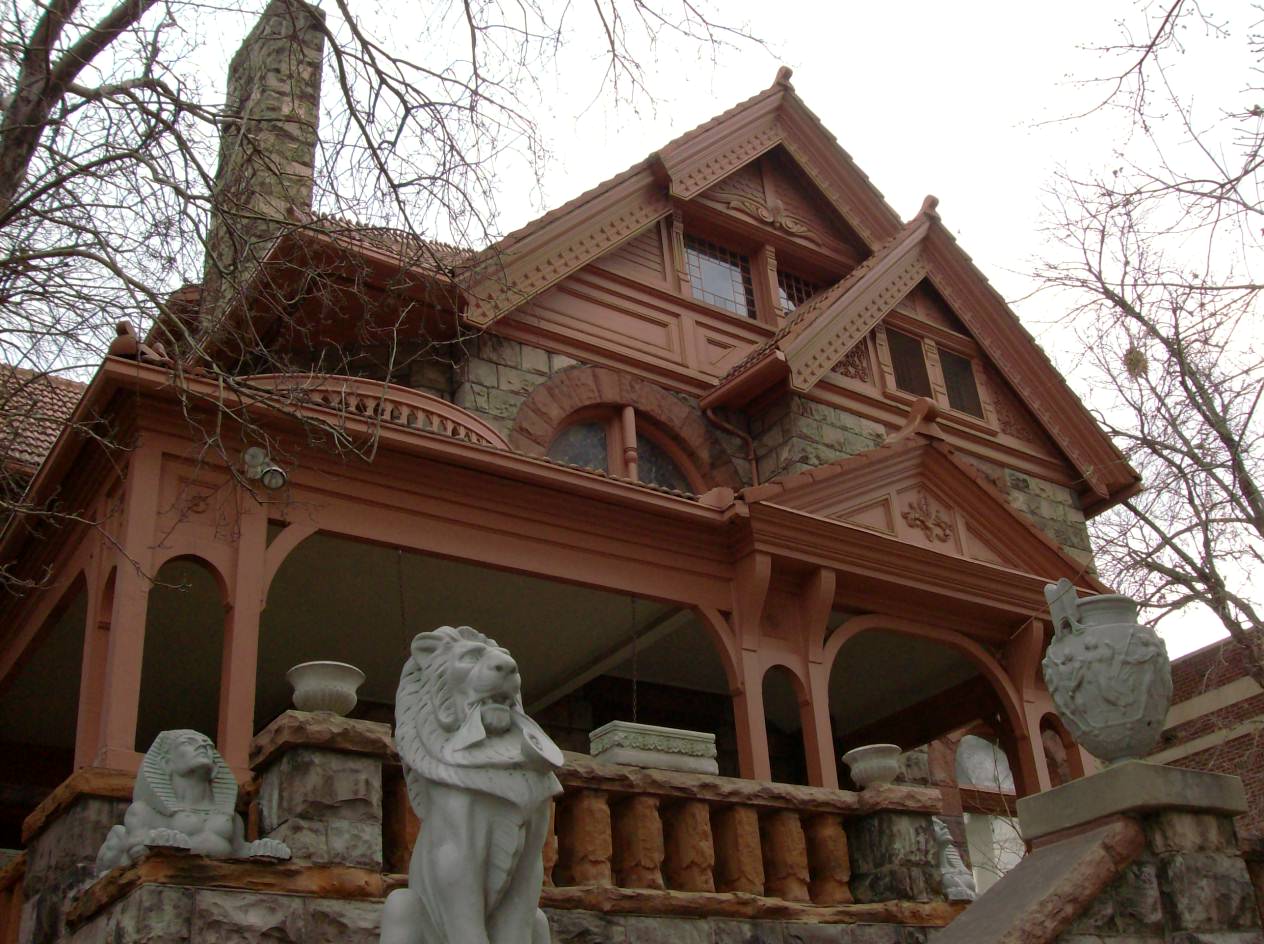 The Molly Brown House Museum stands as an enduring symbol of the turn of the 20th century in Denver.

The Molly Brown House Museum stands as an enduring symbol of the turn of the 20th century in Denver. In the 1880s, the lucky few who made millions in the mountains, the railroads, or trade moved to the prestigious Capitol Hill neighborhood. This included Isaac and Mary Large who made their fortune in silver mining and built the house at 1340 Pennsylvania Avenue. They commissioned the well-known architect William Lang who combined the styles of Classic Queen Anne and Richardsonian Romanesque to create a unique and eclectic home. The home contained all the modern technology of the day including electricity, indoor plumbing, heat, and telephone.

Shortly after its completion, the Larges became victims of the silver market crash. They sold their home to James Joseph "J.J." and Margaret Brown in 1894. Over the next thirty years the Browns made changes to the house including the front porch, back porch, roof, and third floor. In 1898, J.J. transferred the title of the house into Margaret's name. When Margaret was traveling she would often rent the house to wealthy families. In 1902, while the Browns were on a world trip, the home became the Governor's mansion for James Orman and his family. Margaret continued renting until the declining neighborhood and the Great Depression forced her to turn the home into a boarding house under the supervision of her housekeeper, Ella Grable.

Upon Margaret's death in 1932, at the height of the Great Depression, the house was sold. Subsequent owners altered the house dramatically, creating twelve separate spaces for roomers. In 1958, Art Leisenring purchased the house, renting rooms to gentlemen boarders. He later leased it to the city for use as a Jane Adams Hull home for girls. Leisenring however wanted to preserve the history of Margaret "Molly" Brown as she was being immortalized on stage and screen in the "Unsinkable Molly Brown." Concerned about the urban renewal he was seeing happen in the neighborhood, a group of citizens led by Leisenring appealed to the Governor's wife, Ann Love, for help.

On December 11, 1970, these citizens formed Historic Denver, Inc. and began a grass roots effort to save the Molly Brown House from demolition. Media appeals and other fundraising efforts allowed Historic Denver to purchase the "House of Lions" and begin restoration. Through paint analysis, architectural research, and studying original house photographs from 1910, the house has been carefully restored to its original Victorian splendor.

The Molly Brown House is one of the most well-known haunted houses in Colorado, and is open year round for tours. The home was built in 1889 and Molly and James Joseph ("J.J.") Brown bought it in 1894 for $30,000. Molly is often referred to as the Unsinkable Molly Brown, a nickname she was given after she rowed a lifeboat for seven and a half hours to reach safety after the sinking of the Titanic. Molly's husband died in 1898 and she continued to live in the house until her death in 1932.

The Molly Brown House is now a museum, but paranormal experiences have led many to believe that the house is haunted by Molly and J.J. Visitors and staff of the museum have reported seeing their ghosts roaming the house, and one of the most commonly reported experiences is the scent of pipe smoke - one of J.J.'s favorite pastimes.