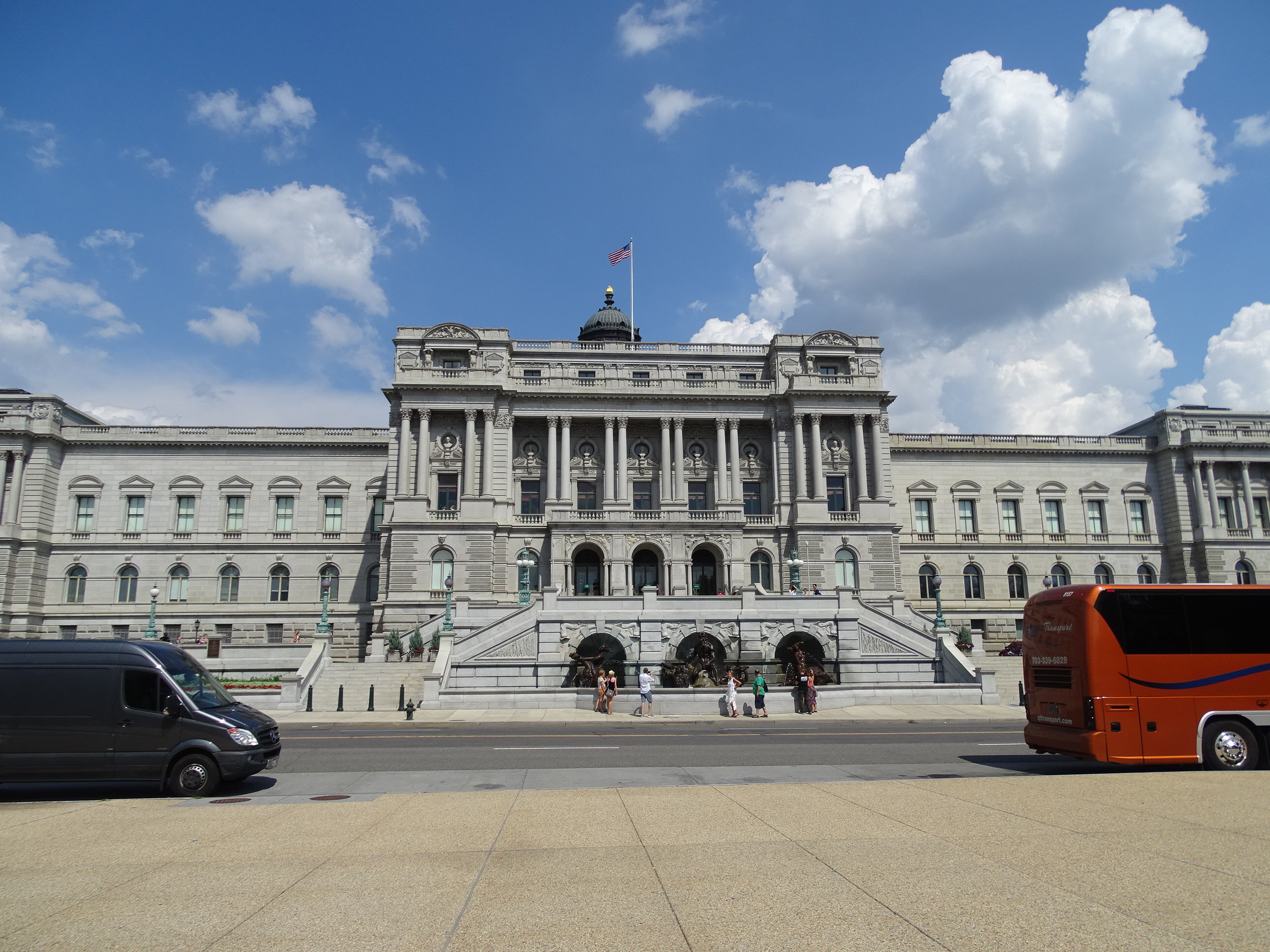 The oldest of the three United States Library of Congress buildings, the Thomas Jefferson Building was built between 1890 and 1897.

Needing more room for its increasing collection, the Library of Congress under Librarian Ainsworth Rand Spofford suggested to the Congress that a new building be built specifically to serve as the American national library. Prior to this the Library existed in a wing of the Capitol Building. The new building was needed partly because of the growing Congress, but also partly because of the Copyright Law of 1870, which required all copyright applicants to send to the Library two copies of their work. This resulted in a flood of books, pamphlets, maps, music, prints and photographs. Spofford had been instrumental in the enactment of this law.

After Congress approved construction of the building in 1886, it took eleven years to complete. The building opened to the public on November 1, 1897, met with wide approval and was immediately seen as a national monument. The building name was changed on June 13, 1980 to honor former U.S. President Thomas Jefferson, who had been a key figure in the establishment of the Library in 1800. Jefferson offered to sell his personal book collection to Congress in September 1814, one month after the British had burned the Capitol in the War of 1812.

The Library of Congress is a lesser known haunted building on Capitol Hill. It does have its share of ghosts however. The most told ghost story is the police officer who resides in the stacks. He has been seen in both his uniform as well as his casual clothes. He has helped several people exit the stacks when they have become lost in the miles and miles of books. According to the description of the man (and his name, as he tells people) he was a sergeant who died several years ago. This occurrence is well known among many library employees.

Other occurrences in the library's main building include doors opening by themselves, constant banging on the steps, and a mysterious dark haired man.

One of the strangest recent events happened about three years ago when some painters were doing some work in the north corridor on the second floor. The area was closed to the public, and the workers needed get a cart by two heavy curator cases. One case moved about a foot, all by itself, allowing the workers to get the cart through.