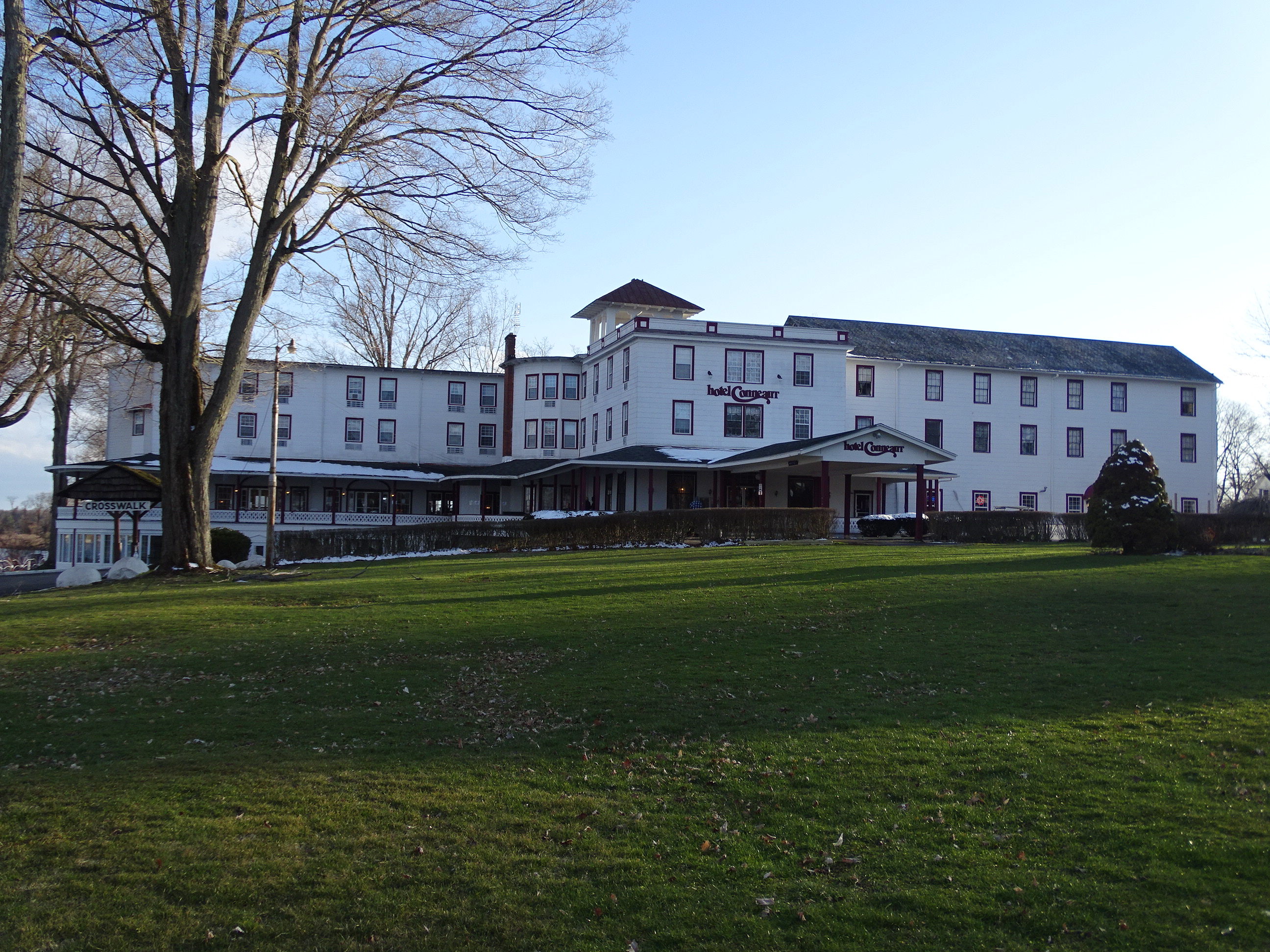 Conneaut Lake Park was founded in 1892 as Exposition Park by Col. Frank Mantor as a permanent fairground and exposition for livestock, machinery, and industrial products from Western Pennsylvania.

Conneaut Lake Park was founded in 1892 as Exposition Park by Col. Frank Mantor as a permanent fairground and exposition for livestock, machinery, and industrial products from Western Pennsylvania. Prior to this time, 7 acres of land on which the park is located were purchased in 1877 by Aaron Lynce for use as a boat landing. Col. Mantor's company, the Conneaut Lake Exposition Company, purchased an additional 175 acres of adjacent land, 75 of which were given to Mr. Lynce as payment for his parcel.

During its early years, buildings at Exposition Park included a dance hall, a convention hall (for lectures), and a bathhouse. Several of the structures from Lynce's landing were also retained as well as a farmhouse on the property that was converted to a hotel. The park's first mechanical ride, a carousel, opened in 1899, and was soon joined by other rides and a midway.

Ownership of the park transferred to the Pittsburgh & Shenango Valley Railroad in 1901, during which time several hotels were built on the property. Originally accessible only by boat or train, trolley service was extended to the park in 1907. With its lakefront presence, hotels, and remote location, the park became a popular resort destination. Although many of the park's original buildings were lost in a 1908 fire, new concrete block replacements were constructed, including the Dreamland Ballroom.

The Hotel Conneaut, called "The Crown Jewel of Lake Conneaut" in Crawford County, dates back to 1903. It features 150 rooms, old time, turn-of-the-century ambiance, and as to be expected by its vintage, some long-time guests who checked in but never checked out.

The most famous apparition is Bride Elizabeth. Her and her guy were honeymooning at the Hotel on April 27, 1943, when a terrible fire occurred. Lightning struck the hotel's wooden roof during a thunderstorm, and it burst into flame.

Legend has it that her hubby, thinking Elizabeth had already escaped, fled the building to find her. But Elizabeth was still inside the hotel desperately searching for her husband and quickly became trapped by the flames and perished. (or maybe she looking for the fire escape at the end of the hall. She hasn't told us yet.)

They were in room 321, and she's said to mainly wander in the hallway of third floor, still in her wedding gown, trailing a phantom scent of jasmine while softly sobbing. The room itself is the site of orbs, whispered conversation, messed up linens, water that runs for no reason and windows that open by themselves.

Elizabeth doesn't limit herself to the third floor, though - she's been reported all over the hotel and even in the adjoining amusement park. Those whispered voices have been heard all over the building, allegedly the otherworldly playback of the last conversations between Elizabeth and her husband.

She's become so famous that the hotel restaurant/bar is called Elizabeth's Dining Room & Spirit Lounge in her honor (heck, she's even mentioned in Wikipedia!), and her "ghost book" is prominent in the hotel lobby.

But she shares the space with a bevy of spooks. There's lore regarding an old chef who dismembered a butcher in the kitchen. A spectral couple can be seen dancing in the first floor Grand Ballroom. A soldier has been spotted in a tree on the Hotel lot. The spirit of a former hotel employee, John, may join you in the lobby.

And there are tales of little Angelina, a child who legend claims died long ago when her tricycle either tumbled down a flight of stairs or off the hotel balcony. She now rides her trike on the porch of the Hotel, crashing into people. Angelina has also been spotted in the halls, looking for a playmate.