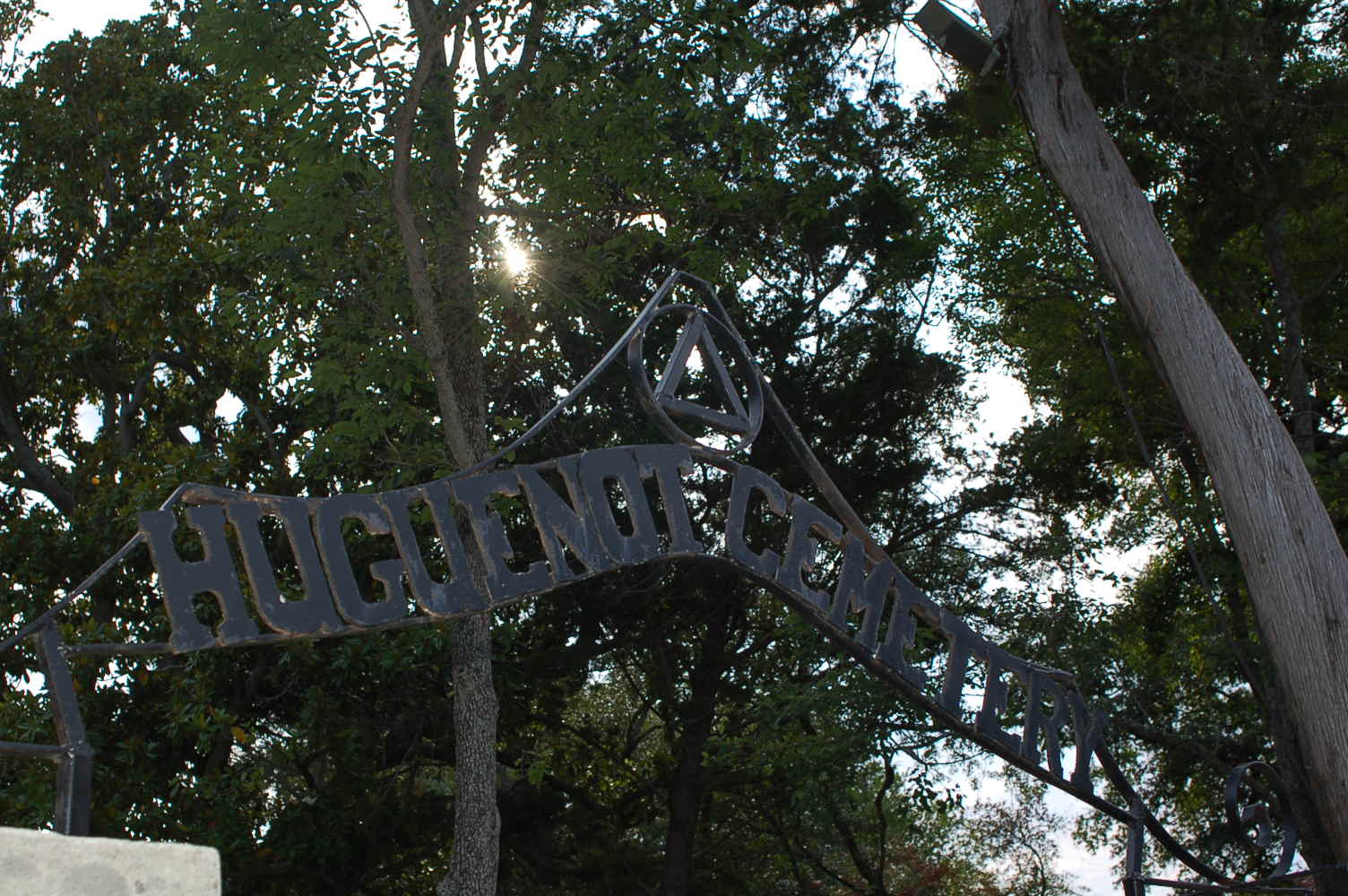 The Huguenot Cemetery in St. Augustine, Florida located across from the historic City Gate was a Protestant burial ground between the years 1821 and 1884.

The Huguenot Cemetery in St. Augustine, Florida located across from the historic City Gate was a Protestant burial ground between the years 1821 and 1884. The Spanish colonial city of St. Augustine, along with the entire Florida Territory became de facto American possessions after the 1819 signing of the Adams-Onis Treaty. The actual physical occupation of the city and Florida territory occurred in 1821.

Prior to American occupation the Spanish city of St. Augustine was predominately Catholic and the only burial ground within the city, the Tolomato cemetery, was reserved for Catholics. Recognizing a need for a formal Protestant burial ground an area just outside the city gate was chosen by the new American administration in St. Augustine. The first burials occurred in 1821 just prior to a yellow fever epidemic which claimed the lives of a large numbers of the city's inhabitants.

The cemetery until title to the cemetery property was acquired by the Rev. Thomas Alexander, who then turned over it to the Presbyterian Church in 1832, burials continued until 1884 when both Huguenot and Tolomato cemeteries were closed. The cemetery is believed to hold at least 436 burials according to city records. The cemetery although named "Huguenot Cemetery" isn't believed to contain any members of the Huguenots, a French Protestant sect started in the 16th century in France.

Home to approximately 436 of the city's deceased, Huguenot was the first public cemetery and the only one that offered burials for Anglo-American civilians. It was acquired by the Presbyterian Church in 1832 and was maintained by them until it closed in 1884.

Believed to be the most haunted cemetery in the Ancient City, Huguenot has been called "Spirit Central" because of the many inexplicable events, sightings and recorded paranormal activity over the years.

Visitors to the Huguenot Cemetery can expect to see more than gravestones that date back nearly two centuries. They can also expect to see things they may not understand, feel things that they cannot explain and experience a true sense of something supernatural going on around them.

It's here that a young girl, believed to be around 14 years old, was buried. She perished after being exposed to yellow fever and her body was dumped at the Old City Gates. When no one came forward to claim this poor child, she was put to rest. But is she resting? Many say no, as they have seen her ghost floating among the trees. She has even been known to wave to guests she encounters. If you're visiting at night, the best time to see her is sometime between midnight and 2 a.m. She is always described as appearing in a flowing white gown.

But perhaps the most famous of the dead still lingering in Huguenot is Judge John Stickney. The honorable judge passed away in 1882 and left behind his children who were now orphans because their mother had died years before. The grieving brood was quickly given to family members up north to be cared for, leaving the final resting place of their father far behind them. Years later, the children, all grown up, decided to have their father exhumed and re-interred in Washington, DC, so he would be closer to them.

On the day of the exhumation, the gravediggers took a short break to refresh themselves from the grueling Florida heat. In their haste to take a break, they left the casket open, only to return to find that thieves had stolen the Judge's gold teeth. To protect their jobs, the two workers simply closed up the casket in the hopes that no one would notice the missing teeth. But someone did: the judge himself. It is this act of thievery that is said to haunt the old judge and inspire him to haunt the Huguenot Cemetery.

His tall dark figure has been spotted in the daylight and during the night. He's usually walking around the graves and it appears to those who've eyed him that he's looking for something or someone. The judge may be looking for the men who violated him or his missing gold teeth. Either way, he's always there, among the graves, in the grounds, searching continuously.

Attempts to capture the eeriness of this sacred burial ground often end up the same way: Photographs with glowing orbs, flashes of light, shadows appearing behind people and strange mists. Many visitors take dozens of photos and find that most of them have something unusual in them. Some who've toured Huguenot have heard the sound of a man laughing, others hear leaves crackling or bushes moving but see nothing that could be making the noise.