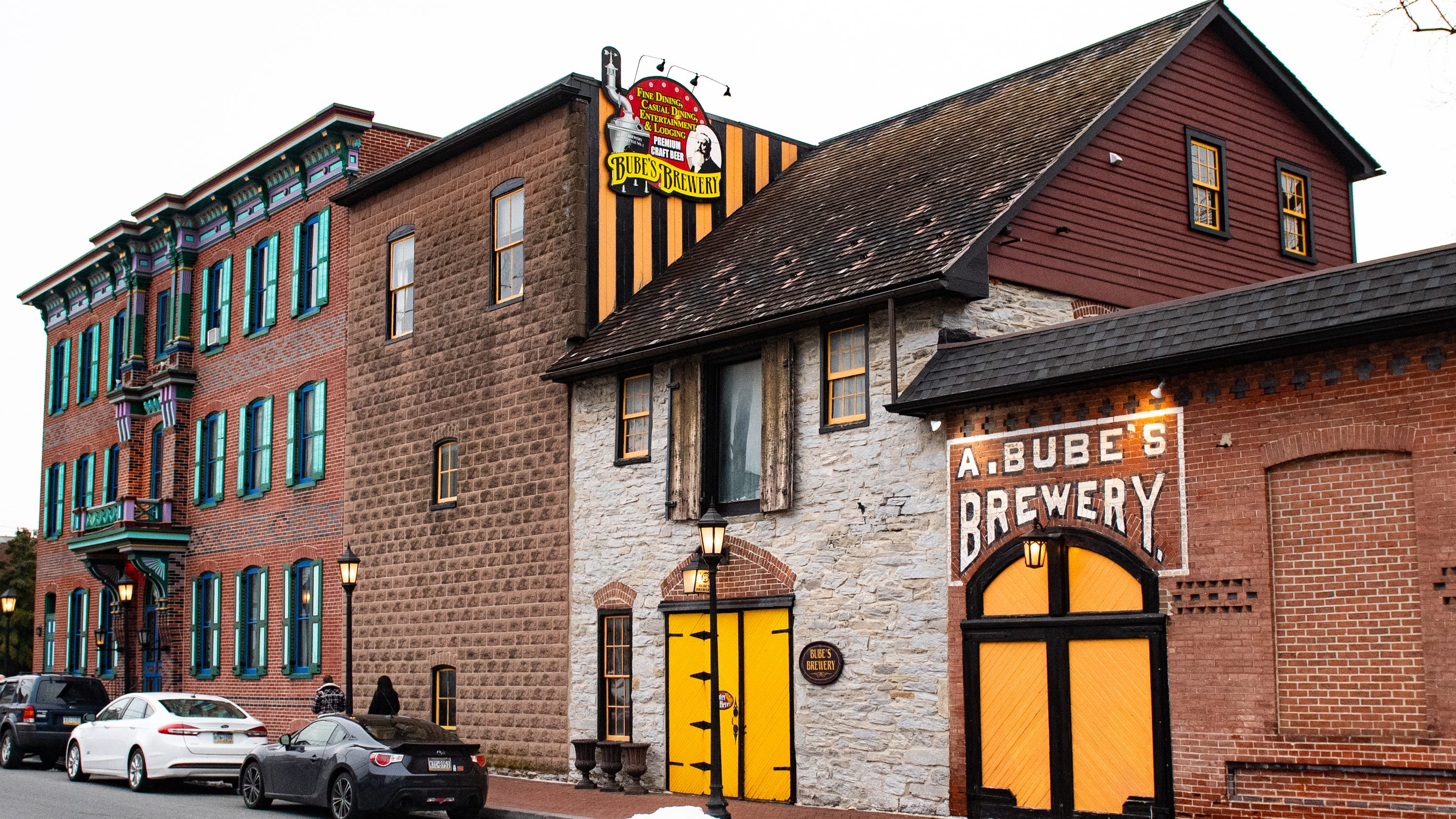 Bube's Brewery as it stands today is the result of Alois Bube's life's work.

By the mid-1800s, German-style lager beer had become all the rage among beer drinkers in America. Very different from the English-style ales that predominated in the U.S. previously, lager beer necessitated a different brewing method. Those brewers manufacturing lager beer in the 1850s often could not keep up with demand and by the 1860s a brewery boom was underway. Literally hundreds of breweries emerged all over the United States. Into this brewing climate came a young German immigrant named Alois Bube. Having been a brewing apprentice in his homeland, Alois secured a job at, and in 1876 bought, a small brewery in Mount Joy Pennsylvania.

Bube's Brewery as it stands today is the result of Alois Bube's life's work. He expanded his small brewery several times and built a Victorian hotel to save his beer and accommodate overnight guests and offer dining to travelers passing through Mount Joy. By the turn of the century, he had a very successful business and his reputation as a good brewer and decent businessman had spread far and wide.

Mr. Bube died suddenly in 1908 at the age of 57. He had built up enough wealth that although his brewery closed just prior to Prohibition in 1920, members of his family were able to live here until the 1960s, changing nothing and doing little with the buildings. As common as breweries similar to this one would have been in the late 1800s, Bube's Brewery is the only of the hundreds of "lager era" breweries that still stands in almost completely intact condition intact condition in the United States today. Restoration of the complex began in 1968 and continues currently.