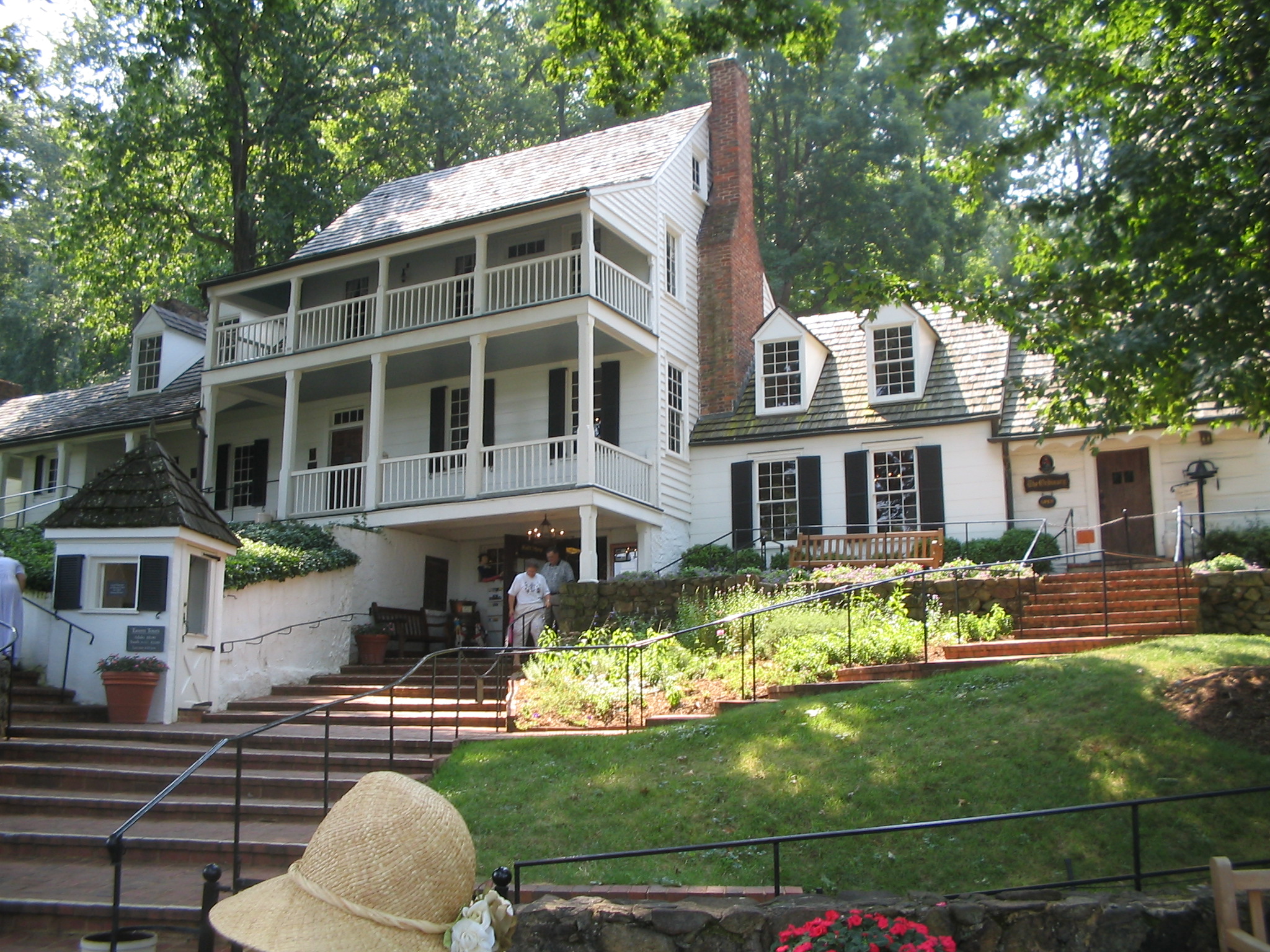 Michie Tavern, located in Albemarle County, Virginia, is a Virginia Historic Landmark that was established in 1784 by Scotsman William Michie, though in Earlysville.

Corporal William Michie was at Valley Forge when he received an urgent message to return home. Leaving behind the winter encampment, Michie commenced the tedious journey to Virginia only to learn upon his arrival that his ailing father had passed on.

The year was 1777 and it was a time for change, rebuilding and reorganizing in young William's life. His father, "Scotch" John, had bequeathed a large parcel of land in Albemarle County. The Blue Ridge Mountains surrounded this region and, because it was so highly populated with deer, the area was dubbed Buck Mountain. The property was fed by a natural spring, and here William began building his Tavern by the side of the Buck Mountain Road.

In 1784 William petitioned to operate an Ordinary. Because of the new government, a license was now required. Under British rule, such was never obtained or deemed necessary. By this time the Tavern was a popular stopping place during "Public Times" or elections at the courthouse nearby.

William was politically active, and a crowded Inn afforded the opportunity to express his views. Earlier in 1779, when local countrymen were weakening in their support of America's cause, William signed the Albemarle Declaration of Independence and most likely persuaded his patrons to follow suit. One can almost imagine the heated political discussions that took place over a tankard of ale or spiced rum.

Townspeople may have considered country inns as the poorer sisters of city taverns, but William's commodious dwelling rivaled the most elaborate accommodations in town. The two-story Inn featured an upstairs Assembly Room. This expansive space served as the social center of the Tavern, as well as for the countryside. It was large enough for dances and church services. Traveling magicians, guest doctors, and dentists would have shared their profits with the innkeeper for the use of this space. Michie Tavern would also serve as a makeshift post office and school.

The Tavern continued operation until the mid-1800s. Around the time of the Civil War, stagecoach travel had diminished and the building became the Michie's private home. In 1910, the Tavern was sold out of the Michie family at an estate auction. For nearly 20 years, the Tavern remained as a home for John Via and his family.

In 1927 a local businesswoman, Mrs. Mark Henderson, expressed an interest in purchasing Michie Tavern. It was remotely located and rapidly deteriorating, but she felt confident that it was the ideal structure in which to house her vast collection of antiques and open a museum. An astute entrepreneur, Mrs. Henderson had paid special attention to a new and growing industry in our nation. The rise in automobile production and ownership, coupled with the drop in workweek hours and higher wages spurred the development of tourism. In addition, she closely watched the growth of a relatively new movement taking hold in our country and soon found herself a pioneer in these preservation activities. Monticello had been opened for several years and was drawing thousands of visitors. Mrs. Henderson was merely following the precepts of her preservation peers when she decided to move Michie Tavern to a more accessible location. What better site than at the foot of Carter's Mountain, one-half mile from Jefferson's home. Within three months the old Inn had been painstakingly numbered, dismantled and moved 17 miles by horse and wagon and by truck. The move itself became a historic event, and her efforts would ultimately lead to Michie Tavern's designation as a Virginia historic landmark. Michie Tavern opened as a museum in 1928. As in its heyday, the Tavern was once again located on a busy thoroughfare and welcoming strangers at its door.

Famous paranormal investigator and author, Hans Holzer, visited this location and wrote about the experience in one of his books entitled, "Ghosts." To view that section of the book, please click the source link below.


My first introduction to the Michie Tavern came through the eyes of paranormal researcher and writer Hans Holzer. Among some of the first books about ghosts I read were some of Holzer's books and I still vividly remember reading of some of his investigations. For his books he traveled the world with a psychic medium in tow investigating haunted and historical locations such as the Morris-Jumel Mansion in New York City and the famous house at 112 Ocean Avenue in Amityville, New York, the basis for the "Amityville Horror." On his travels through Virginia he visited the Michie Tavern and nearby Monticello and was able, through his medium Ingrid, to find spirits still partying in the ballroom of this 1784 tavern. Staff members have reported the sounds of a party in that very room late at night.


When Michie Tavern was built, it was used as lodging for travelers and also as a place to socialize. Currently Michie Tavern is utilized as a museum and has tours for family friendly fun. Also, with a restaurant, you can enjoy great food after or before your tours. With such great activities during the day, imagination can only determine what occurs when no one is around.

While staff members are closing up shop, there have been reports of objects being moved when backs are turned. Also, there have been accounts of voices and footsteps in the socializing room when there are no guests in the building. CPRI has investigated this historic tavern in March of this year and reported that some investigators had paranormal experiences (www.virginiaghosts.com) including whistling in the basement when no one is present*. Maybe past travelers and guests returned to the tavern for a good time or other spirits may have found a new place to live like they once were.