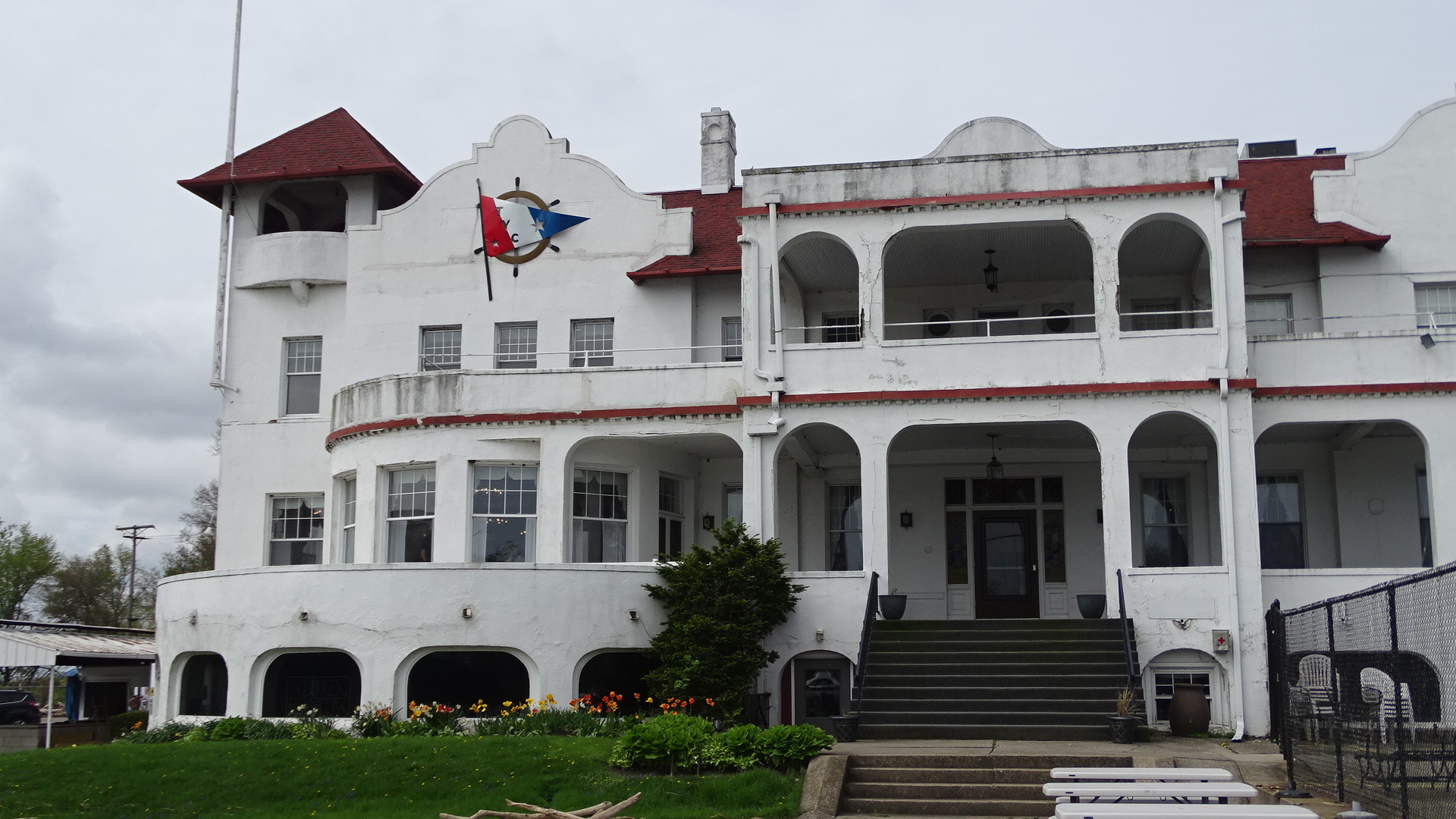 The Toledo Yacht Club is a private yacht club in Bay View Park, in Toledo, Ohio, located on the Maumee River, at the western end of Lake Erie.

The first club house was erected in 1878 on Gard Island near the mouth of the Ottawa River.

In 1890, a more elaborate structure with sleeping rooms and a second floor was built.

In 1896, a rival club, the Ohio Yacht Club, unsuccessfully attempted to take over the Toledo Yacht Club's Gard Island lease. Later that year, the two clubs merged under the name Toledo Yachting Association, maintaining city quarters in the Neptune Building in Toledo, Ohio.

When Bay View Park was developed, a 25-year lease was granted to the Toledo Yachting Association, and a wood frame club house was erected at the present site of the club in 1903.

In 1906, fire completely destroyed the club and all of its historic contents. By 1908, a new steel reinforced concrete Spanish style clubhouse was built on the site. This historic building still remains basically the same, and was listed on the National Register of Historic Places on December 12, 1976.

There are several claims of activity at this location. On the third floor, several members claim to have heard a toilet in one of the restrooms flush of its own accord. Also on the third floor, a bluish colored "mist" was spotted in a side hallway. The witness was standing in a long hallway which runs perpendicular to the shorter hallway where said mist traveled. According to the witness the mist moved from out of a side storage room down the short hallway towards the ballroom. On the first floor, footsteps have been heard traveling across the floor. There are also reports of shadowy figures peering over the stairway banister on the third floor. Perhaps the most intriguing claim of paranormal activity occurred on the first floor at the yacht club's bar. One evening a bartender was performing her duties as usual. At the time the bar area was somewhat "dead" (no pun intended). As her back was turned to the bar she heard someone complain about their Manhattan cocktail. When she turned around she found that no one was at the bar. According to several people associated with the club, one member, deceased at the time of this incident, was known for complaining quite vociferously about his Manhattans.