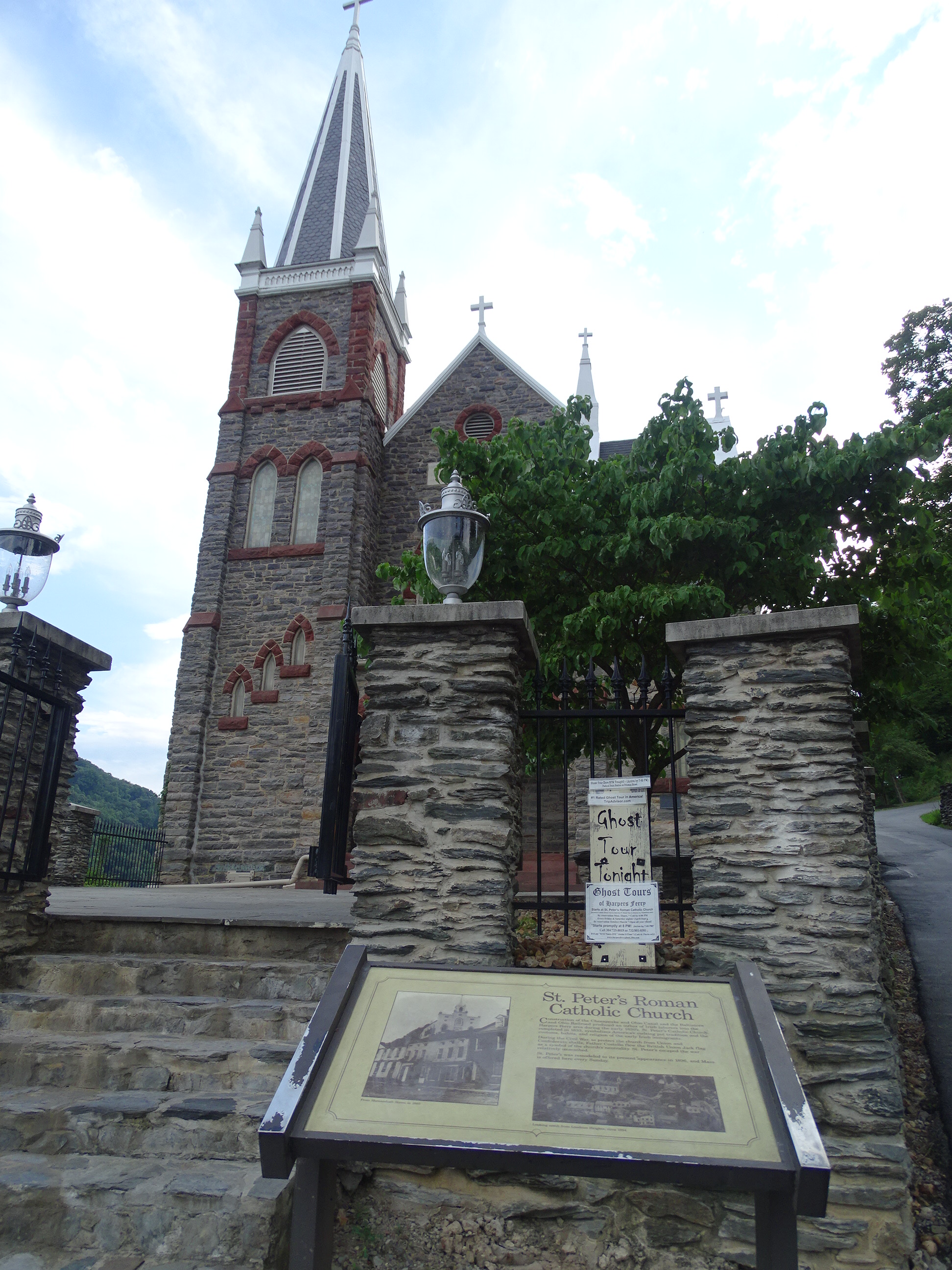 Construction on the St. Peter's Catholic church began in 1830 and was completed around 1833. It was the third church built in Harpers Ferry, and sat on land previously owned by Robert Harper. Over the years, it has been enlarged and renovated, but has been in continuous use since the late 1800s.

During the Civil War, St. Peter's was the only church to survive the fighting. Father Costello is accredited with this feat. He chose to stay with his church throughout the war, and whenever fighting started up, he'd fly the British flag over the church. Fearing an international incident, neither side ever fired on the church. The church WAS used as a hospital, however, and Father Costello himself helped care for patients.

Harper's Ferry locals have claimed to see the apparition of a priest standing outside the church.

Locals have also claimed to hear disembodied screams and voices of soldiers who died or were wounded there during the Civil War.