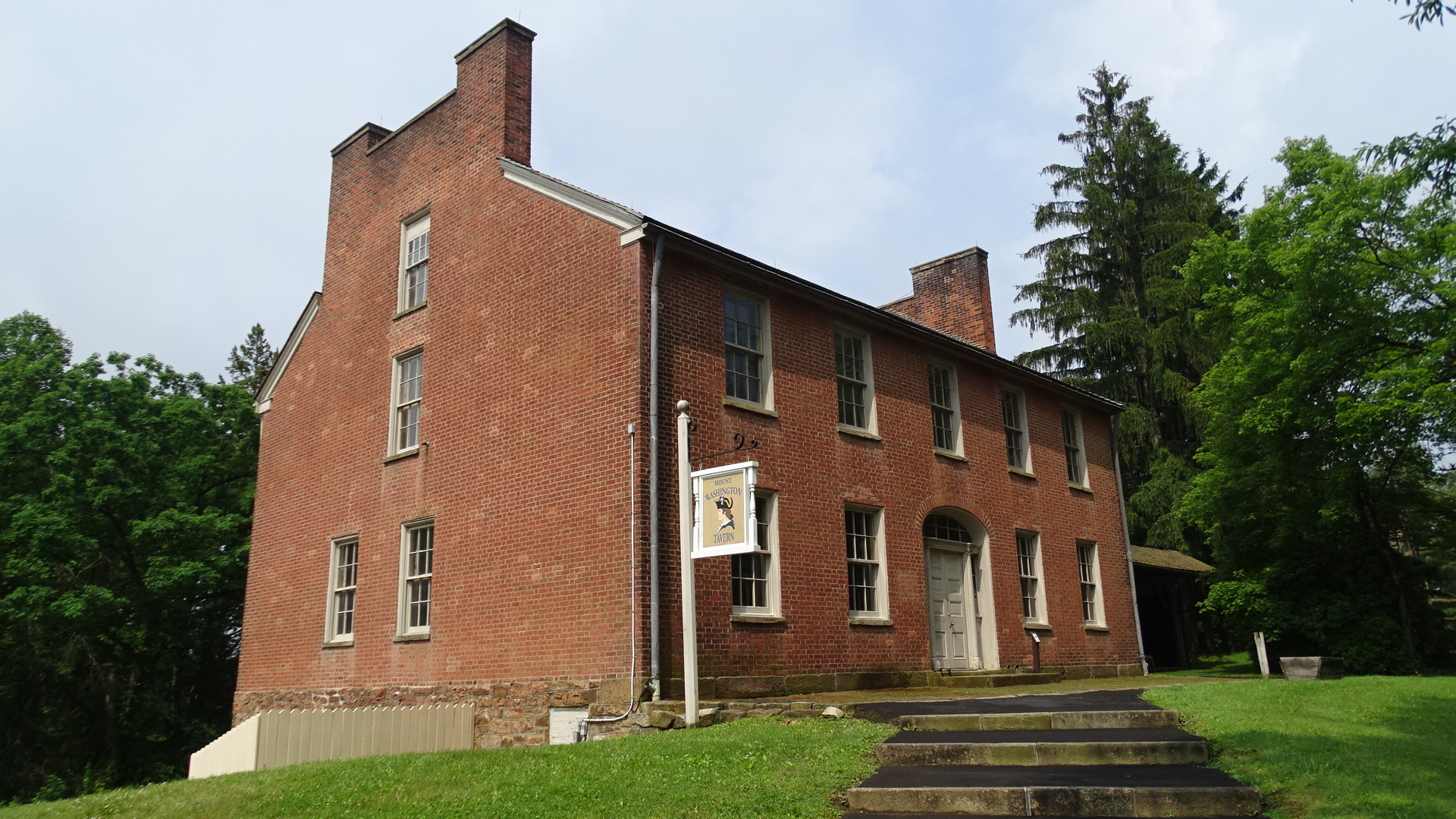 This building was one of the taverns that was located along National Road which was the first highway built by the Federal Government, and is named after George Washington since he previously owned the land.

This building was one of the taverns that was located along National Road which was the first highway built by the Federal Government. The land on which the tavern sits was originally part of a 235 acre tract of land owned by George Washington that he called Mount Washington. In 1770 he purchased this tract of land as it was where he had commanded his first battle. He continued to own the property until his death in 1799 and the tavern was named after him.

Around the 1830s, Judge Nathaniel Ewing of Uniontown constructed the tavern. It was is brick and stone building consisting of a barroom, parlor, dining room, kitchen, and several bedrooms which were upstairs.

James Sampey acquired the tavern in 1840. And with his family operated the tavern until the decline of the National Road's popularity. The tavern was a popular stopping spot for The stagecoach travelers from the "Good Intent Stagecoach Line" . Breakfast was served in the dining room and boasted of serving 72 people breakfast one morning. Breakfast by the way was 25 cents and it was all you could eat. In the evenings, meals would be served as well would consist of freshly churned butter, wheat bread, corn, and either trout, wild game, chicken, or pork.

Now you could spend the night at the Mount Washington Tavern as well, but you would have to share your bed with strangers - two or three to a bed and they would switch throughout the night as the stagecoaches came and left and other travelers who were not on the stagecoaches would also come and go intermittently.

In 1855, the Sampey family estate sold the building to the Fazenbaker family. They used it as a private home for the next 75 years, until the Commonwealth Of Pennsylvania purchased the property in 1932.

In 1961 the National Park Service purchased the property from the state, making the building a part of the Fort Necessity battlefield unit.

Mount Washington Tavern is located off the National Road and is part of the Fort Necessity National Battlefield Park. It is one of many taverns that were built along the National Road. These taverns gave weary stagecoach travelers a place to eat and rest. Today a museum, there have been reports of unexplainable footsteps and laughing at the haunted tavern after the park has closed, along with other chilling accounts of orbs and spiritual presences. There have even been recent reports of seeing faces in the windows and one of encountering a ghost materializing before her eyes!