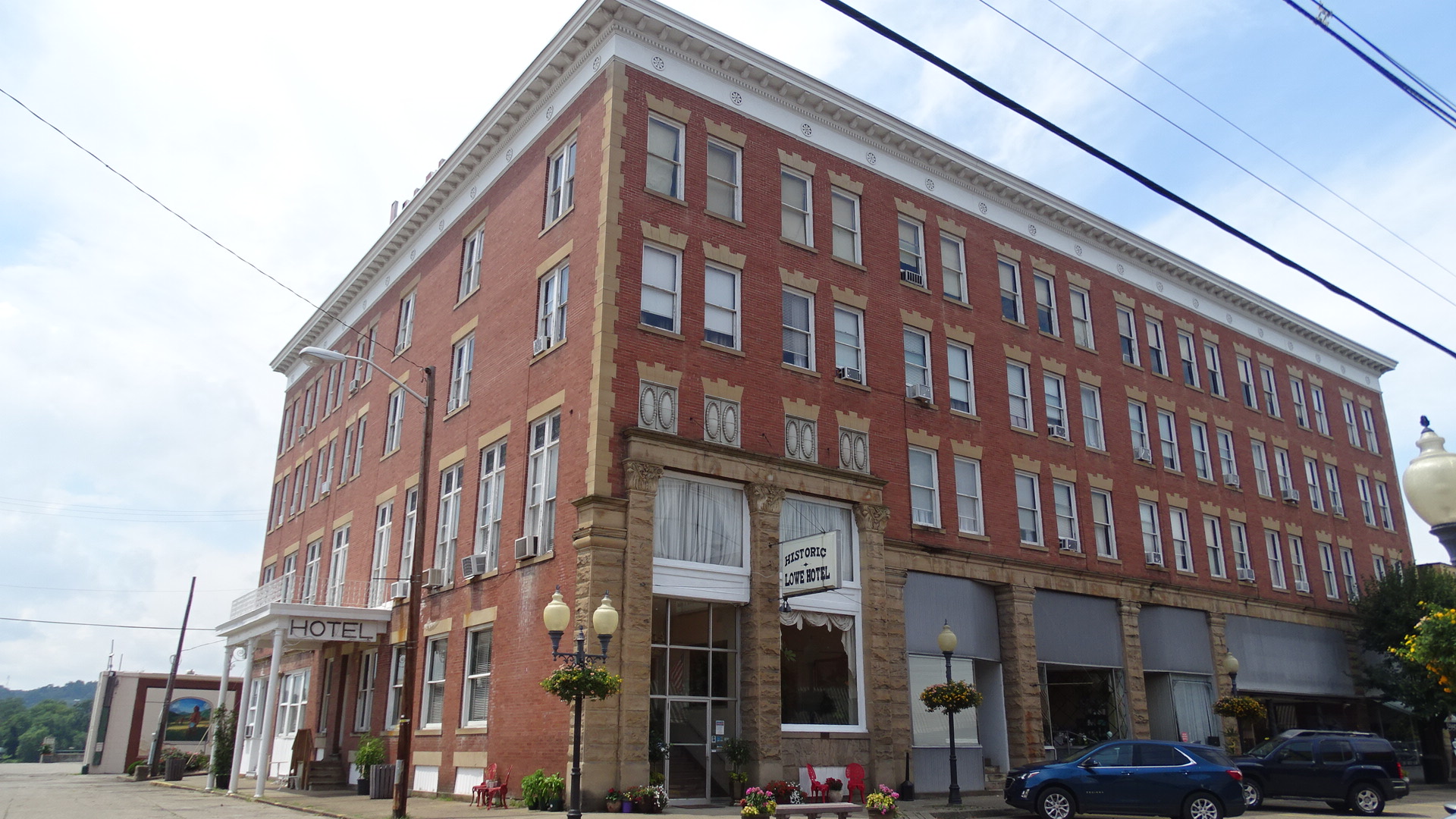 The historic Lowe Hotel is located in the heart of the Point Pleasant Historic District at the corner of Fourth and Main Streets.

The historic Lowe Hotel is located in the heart of the Point Pleasant Historic District at the corner of Fourth and Main Streets. Its grand structure was built in 1901 and originally named the Spencer Hotel in honor of J.S. Spencer. Then operated by two brothers, Homer and Griff Smith, the hotel was purchased by the Lowe family in 1929 after the stock market crash and renamed the Lowe Hotel. The hotel is now owned and managed by Ruth, Rush, and Marcia Finley, who purchased the Lowe in 1990. A visit to the Lowe gives a step back in time with today's conveniences. The Finleys have been continually upgrading the building and adding their personal touch to the business. The friendly atmosphere and hospitality create a very pleasant and restful experience for the traveler.

The mezzanine on the second floor is said to house one of the most famous of the Lowe's ghosts, a beautiful young woman seen dancing to music only she can hear. She is described as being barefoot, wearing a nightgown and having long, flowing hair. It's rumored she's the ghost of Juliette Smith, the middle child of Homer Smith, the original Lowe Hotel manager. As a young woman, Juliette loved music and dancing and fell in love with a local boy her father did not approve of, so the boy married another. Juliette never married.

Also on the second floor, reports of a young child riding a tricycle down the hallway and for some guests, they've heard the sound of laughter or the squeak of tricycle wheels. Often guests see orbs developed in their photos taken on this floor in the hallway.

The third floor is an active spot for ghost stories with guests and employees sometimes reporting hearing whistling when no one is around or report a sudden chill or sense they're not alone. The transoms over doors are often found in the opposite position than when they were left or cleaning supplies are found lying around where no employee cleaned that day. Some have theorized this could be the spirits of many people who spent part of their lives working in the hotel.

Then there are the stories of seeing a river boat captain, possibly speculated to be Cpt. Jim O'Brien who manned the Homer Smith steamboat in 1915. His picture hangs in the river suite that overlooks the Ohio River.

On the other side of the third floor, many report seeing a man with a beard and wearing 1930's clothing. Often somewhere around rooms 314 and 316, guests feel a person walks nonstop.

Then there is room 309 where guests have said to see a woman kneeling at the edge of the bed. Some have claimed to see a lump in the bed or a small child covered in bed linens. Occasionally the wind can blow in that room because the curtains change directions.