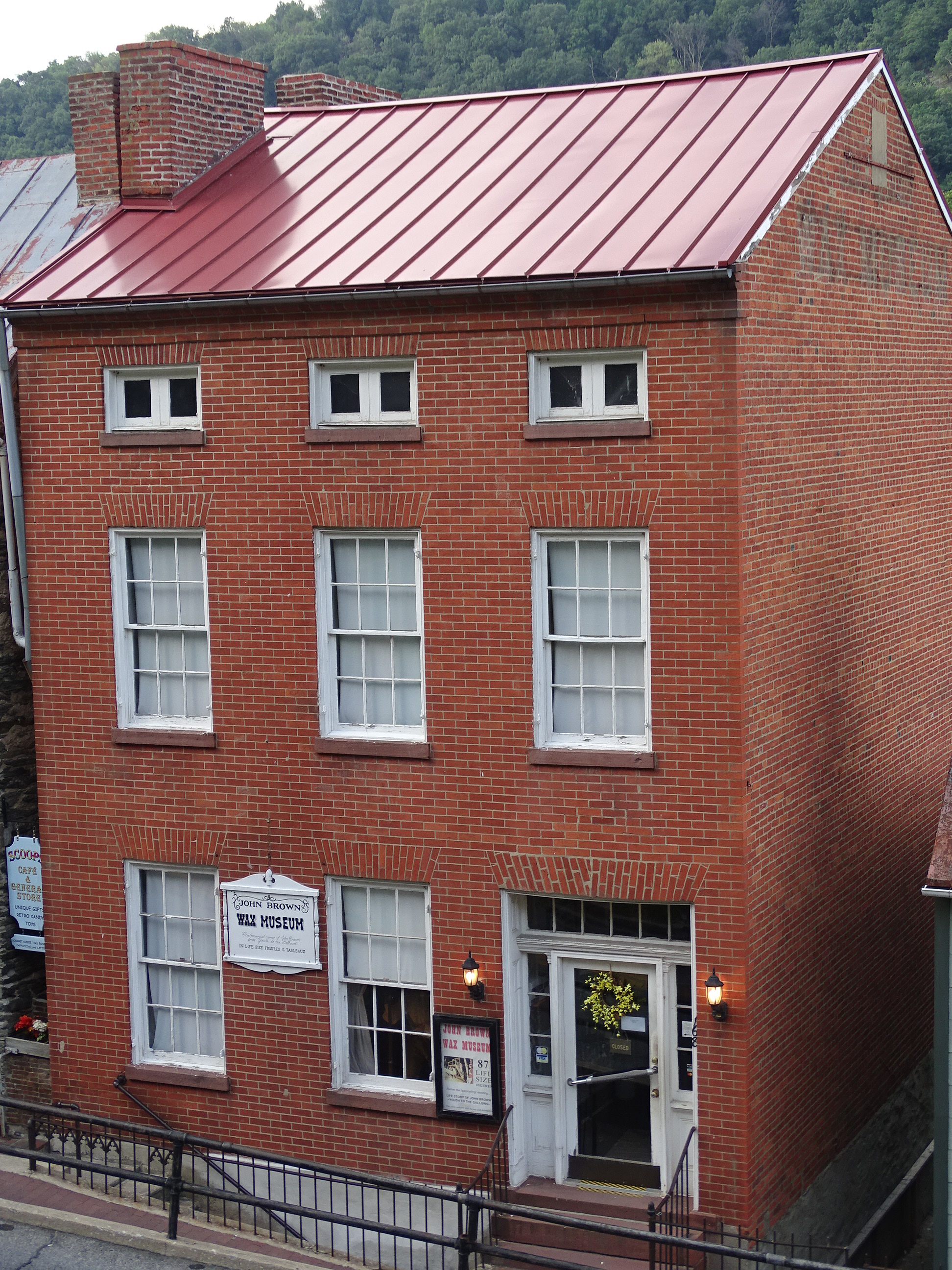 The John Brown Wax Museum is three story brick building originally owned by Alexander Kelly for a family home with his wife Ellen and five children.

The John Brown Wax Museum is three story brick building originally owned by Alexander Kelly for a family home with his wife Ellen and five children (he was eventually elected to Harpers Ferry council 1851 and 1852). The Conways lived in the house next for seven years. They later sold the house to Murtha and Julia Walsh as a home for them and their nine children. The Walsh's had a general store for dry goods on the first floor. The oldest Walsh child named Sarah died in the house at nineteen suddenly from pneumonia. The home stayed in the Walsh family for many years. The Crum family lived there a short time until the master of the house died and the window sold the house to Ralph Stephenson. Stephenson died in 1958. The house remained vacant until 1959 when it was sold to Dixie Killham.

Kilhman hired Earl Dorfman to create 87 wax figures that would depicts the life and times of John Brown, and the museum opened in 1963.

Alexander Kelly was the original owner who rented it to an armorer in 1859.

Ann Khiel Fern, acting manager of the wax museum, tells show hosts she "cannot be in this building for one more minute."

"Sometimes when I go through to make my checks in the museum, the eyes follow me," Fern says. And just the night before, she claims that:

"I was at the desk working, trying to get some paperwork ready, and I heard knocking... and it got louder and louder and louder. And then I heard the most horrific sound. If you think of someone with long, filthy, dirty fingernails just scraping. ... The next thing I knew, the wallpaper started pulsing as if someone were breathing underneath it. ... I lost it. I ran out. I was absolutely terrified."

A former wax museum volunteer named Melissa tells TV cameras that she, too, refuses to enter the building after seeing the ghost of a little girl running through the hallways.