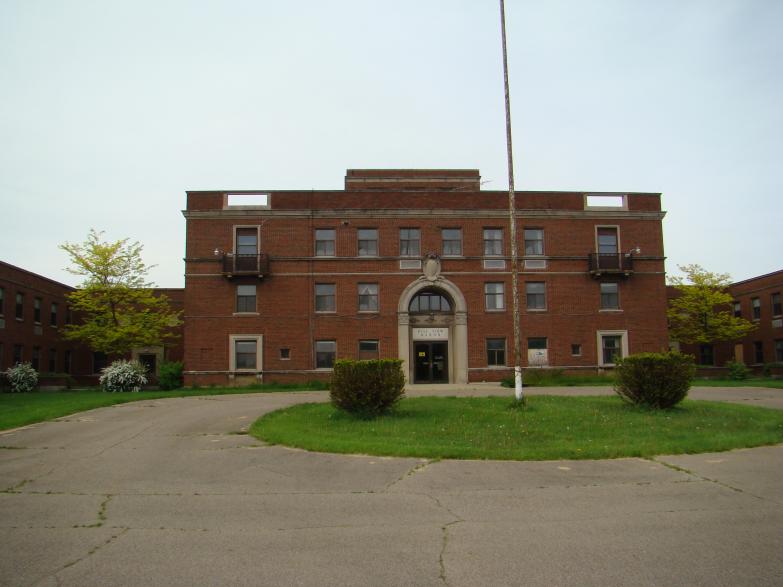 Hill View Manor which has played many roles over its long history. Originally built in 1925, it started as a home for the poor, where those released from prison could learn a new skill and get back on their feet.

In 1925, Lawrence County commissioned the services of Architect A.L. Thayer to design a home suitable to house and care for the county's helpless, aged, chronically and mentally ill citizens. The home was to be different from the standard Poor Farm or Almshouse of that time.

After a year and a half of planning and construction, the Lawrence County Home opened it's doors in October 1926. The home was the most modern provided by any county or city in the country. The home provided separate living quarters for the men and women. The home also had a hospital, kitchen, laundry, and section for the officers and employees of the home. As well as it's own cemetery and bomb shelter.

The addition of a skilled care wing in 1976 brought the building to over 63,000 sq. ft. and the name changed to Hill View Manor. Hill View Manor continued to operate until a financial strain force the county to close Hill View Manor in February 2004. The county's hope and determination to make the home stand out above any of its kind has been fulfilled, in that today many spirits still call Hill View Manor home.

Hill View Manor which has played many roles over it's long history. Originally built in 1925, it started as a home for the poor, where those released from prison could learn a new skill and get back on their feet. Later on it was changed to be a home for the elderly, where many came to spend their final days.

The current reports are of black masses in the hallway down by the boiler room where a man died after being dropped off there to sleep of a drinking binge. He didn't make it, quite possibly due to alcohol poisoning or fumes from the boiler itself.

In the basement hallway a female patient fell down the stairs and died after becoming disoriented. The basement is also full of personal effects like suitcases, pictures and letters. These are leftover from the many people who passed away while they were residents. People claim to hear an old man saying "get out" and "leave" when they go down there.

The stories continue with claims of a cafeteria worker who gets mad when people don't form a line in the dining hall. Apparently at one point the lights when off and the doors flew open. A minute later, the lights came back on and all the doors closed again. Finally, there is the roof where there are reports of two people jumping to their death. One is a doctor who apparently just couldn't take the pains and pressure of where he worked and what he had to deal with. The other is an elderly patient. Some feel the elderly man may have been pushed off.