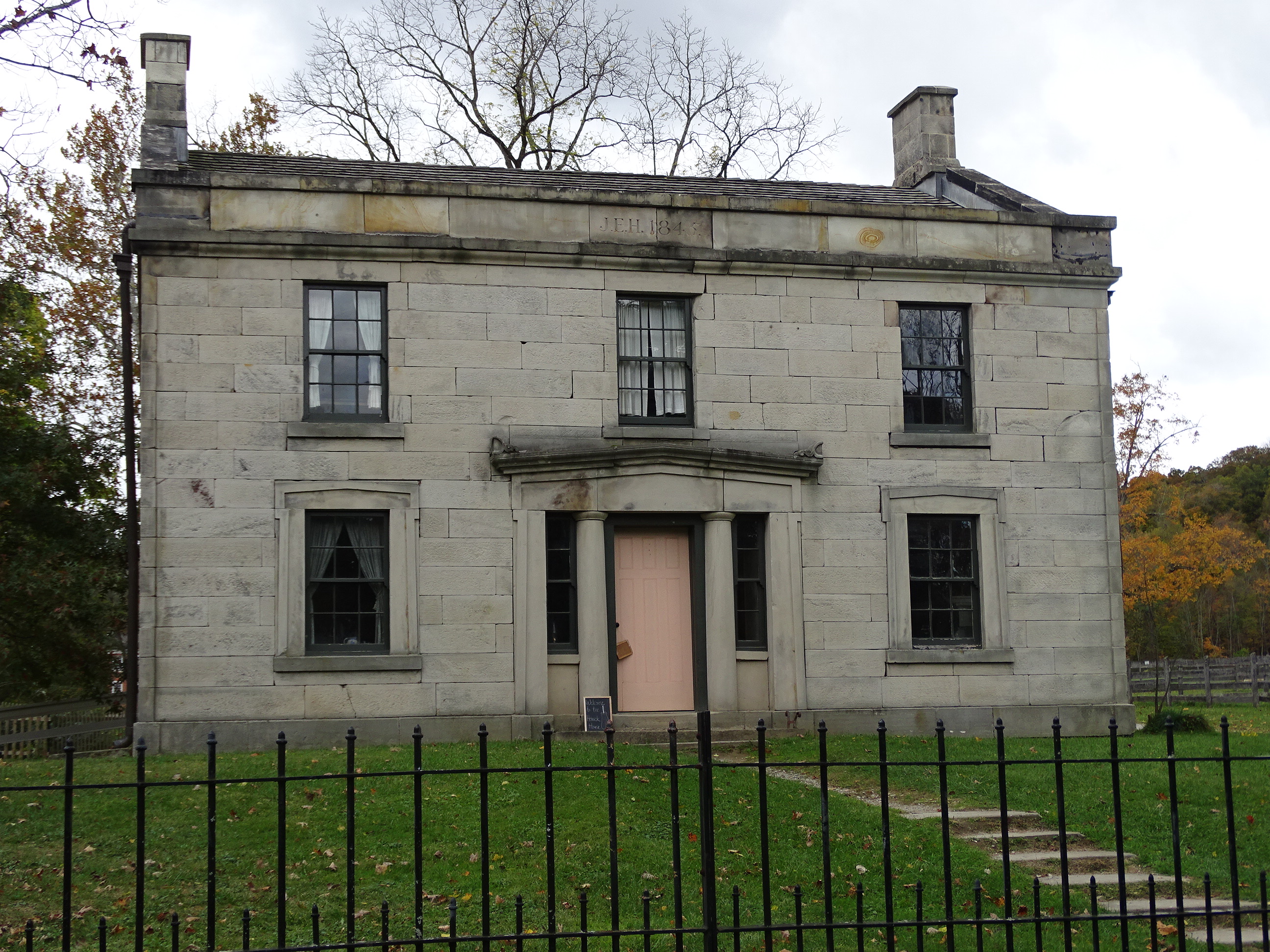 Built in 1845 by Jonathan Herrick in Twinsburg, Ohio, this stone Greek Revival structure was listed on the National Register in 1974

Built in 1845 by Jonathan Herrick in Twinsburg, Ohio, this stone Greek Revival structure was listed on the National Register in 1974. Threatened with demolition in 1981, the house was dismantled and relocated to Hale Farm & Village. Today it is interpreted as the home of the "Meredith Family" of "Wheatfield," successful dairy farmers.

This house was originally built by Jonathan E. Herrick in Twinsburg in 1845. Herrick was was a successful farmer and father to five children with his wife Phila Clark, and he served as a township trustee. Phila died in 1889. Upon Jonathan's death in 1898, the house was willed to a former employee, Anna Simmonds, who took possession in 1916. The house was slated for demolition in 1981, but offered to Western Reserve Historical Society provided they paid the expense of moving the massive stone home. It was relocated to Hale Farm and reconstructed stone by stone.

Staff have reported objects being moved while the house is closed and other unexplained activity. There have been a few sightings of a male apparition caught for fleeting moments inside the house as well.