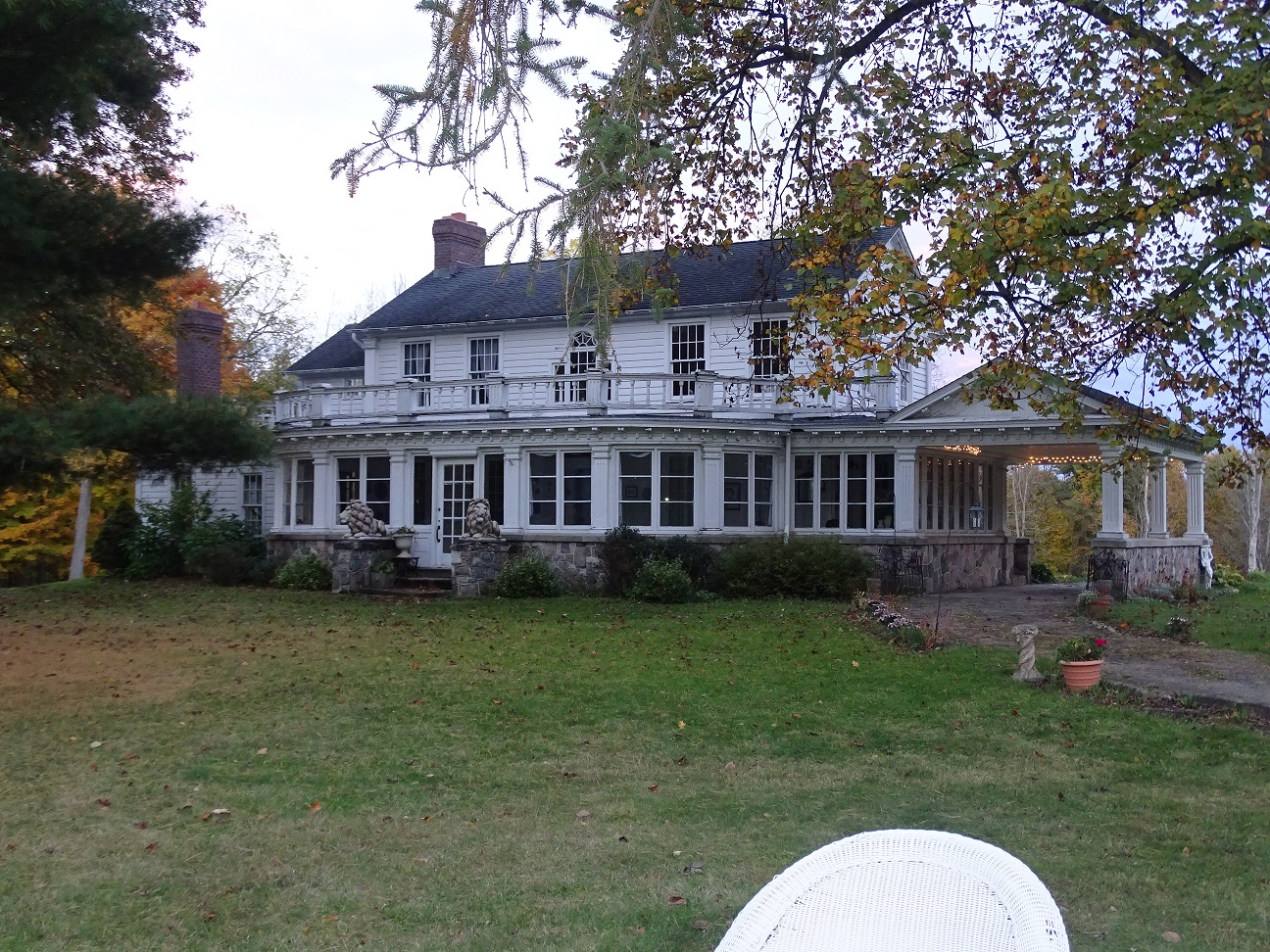 In 1834, Everett Farnam built this magnificent Manor House for his bride. He and Emily raised 5 children here.

Our mission is to carry on the philosophies of Everett Farnam, a colorful figure from America's past. His father was an early pioneer and one of the first settlers west of the Cuyahoga River. This was hostile Indian territory in those days.

A U shaped pine tree still stands tall. It once marked the Indian trail that is now Brecksville Road. (old rt. 21)

In 1834, Everett built this magnificent Manor House for his bride. He and Emily raised 5 children here.

We are dedicated to the restoration, preservation, and interpretation of the Farnam Manor Estate and the history it represents.

The vision of the Farnam Foundation is to keep this piece of history alive through a house museum for the vast community to learn of days gone by. Lord Farnam opened his home to the community, as he wanted all to enjoy it's beauty. Generations later, Farnam Foundation keeps the spirit alive.

Many tales are told of the Indian times, The War of 1812, Civil War times , the happy and the sad times this old relic has seen. A portion of the Farnam land is now part of Furnace Run Metro Park. It is located near the Cuyahoga Valley National Park, one of the most visited parks in the U.S.

In 1921, a madam from Akron added the extravagant front porch and Porte Cochere as well as the northwing extension. This was an exclusive club having a certain aura of elegance during the early 1900 era.

Glory days continued as this classic example of Western Reserve architecture housed the infamous Danish Smorgasboard restuarant. Folks came from miles around to enjoy good food and fellowship. It is an era that must never be forgotten.

Once the Danish Smorgasboard closed, the manor went through hard times. It was falling down with snakes residing in it . But it was not forgotten.The previous overseers put their heart and soul into an effort to revive this old relic. Great pains were taken to restore it as authentically as possible.

But this vital piece of our shared heritage has been left by the wayside again. The restoration efforts are fading away due to neglect. It has been abandoned and vandalized. It is rapidly deteriorating.

The seeds for the foundation were planted in 2003 when the founders came to Richfield.

They had purchased the Ellis and Grupe properties on Brecksville Road.

Plans were in place to create a culdesac and build 5 or 6 houses on the acreage.

It was to be called Fallen Timber Estates.

One day they found a book in the Ellis house.

"The Farnams" by Bill Ellis

The previous owner had written a book about the big white house across the street. It was filled with the history of the Farnam Estate. The founders read of a road on the estate that was used in the Battle of Fallen Timbers in 1795! What a coincidence that the battle and the new development had the same name! They learned that the 20 acres they owned was once the gardens belonging to the 3200 acre Farnam Estate across the road! There is a pine tree on the property that grew from a seedling of one of the trees Farnam planted in the 1800's! The founders realized this is historic land and it should be preserved instead of developed.