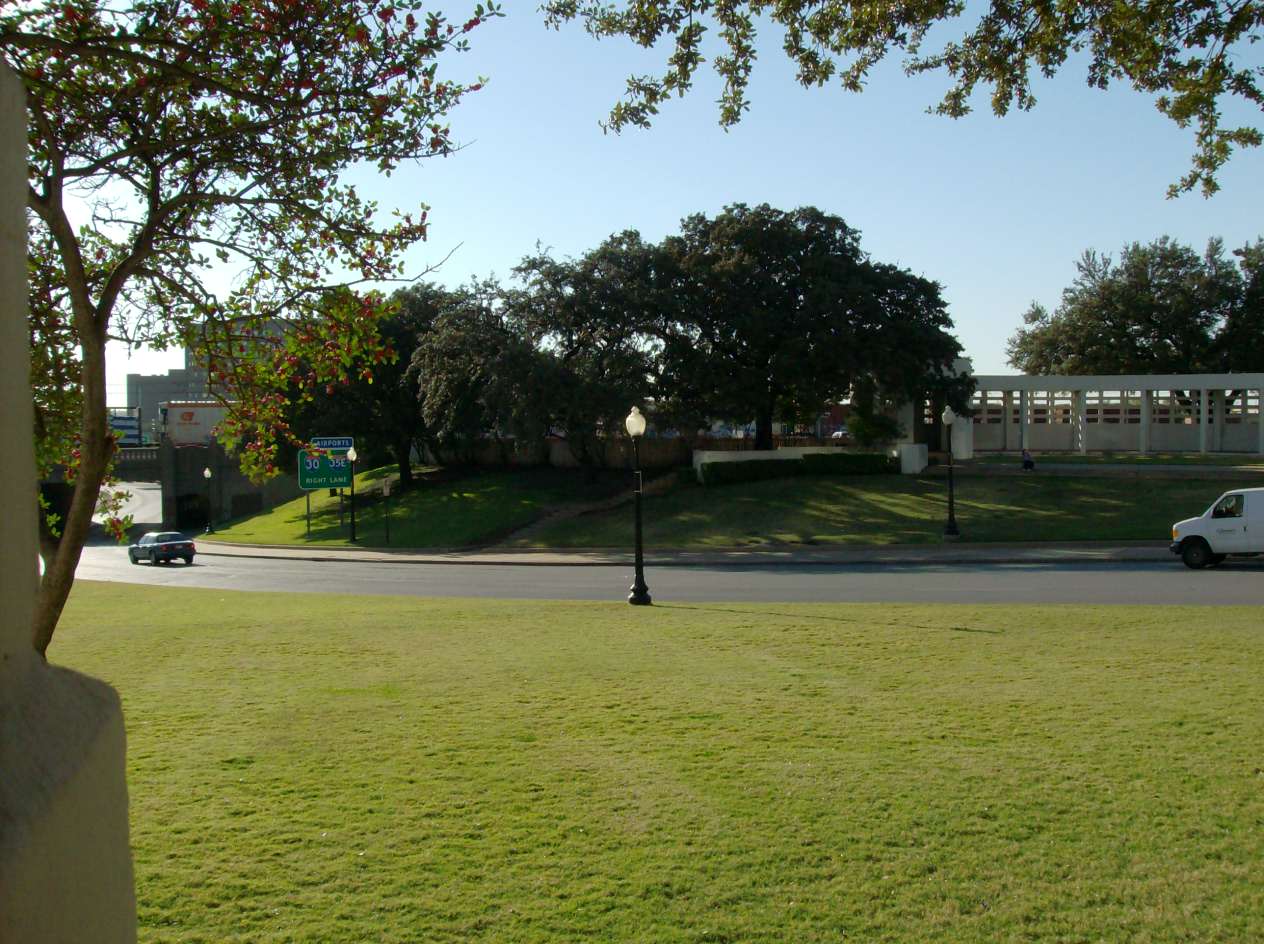 Dealey Plaza is a city park in the West End district of downtown Dallas, Texas. It also was the location of the assassination of U.S. President John F. Kennedy, on November 22, 1963.

Dealey Plaza is a city park in the West End district of downtown Dallas, Texas. It is sometimes called the "birthplace of Dallas". It also was the location of the assassination of U.S. President John F. Kennedy, on November 22, 1963. The Dealey Plaza Historic District was named a National Historic Landmark in 1993 to preserve Dealey Plaza, street rights-of-way, and buildings and structures by the plaza visible from the assassination site, that have been identified as witness locations or as possible locations for assassin(s).

Dealey Plaza was built on land donated by early Dallas philanthropist and businesswoman Sarah Horton Cockrell. It was the location of the first home built in Dallas, which also became the first courthouse and post office, the first store, and the first fraternal lodge. It is sometimes called the "birthplace of Dallas". The plaza was completed in 1940 as a WPA project on the west edge of downtown Dallas where three streets converge (Main Street, Elm Street, and Commerce Street) to pass under a railroad bridge known locally as the "triple underpass."

The plaza is named for George Bannerman Dealey (1859-1946), a civic leader and early publisher of The Dallas Morning News, who had campaigned for the area's revitalization. Monuments outlining the plaza honor previous prominent Dallas residents and predate President John F. Kennedy's visit by many years. The monument honoring President Kennedy, in the form of a cenotaph, is one block away.

There are those who believe that there could be paranormal activity around the fence. The rumor is that at night you can sometimes see a dark figure peering between the spaces in the fence but, when you go to other side, there is no one there.

Also, if your look around the place in the road where the tourists are standing there is a white X. This X marks the spot where President John F. Kennedy was slain.