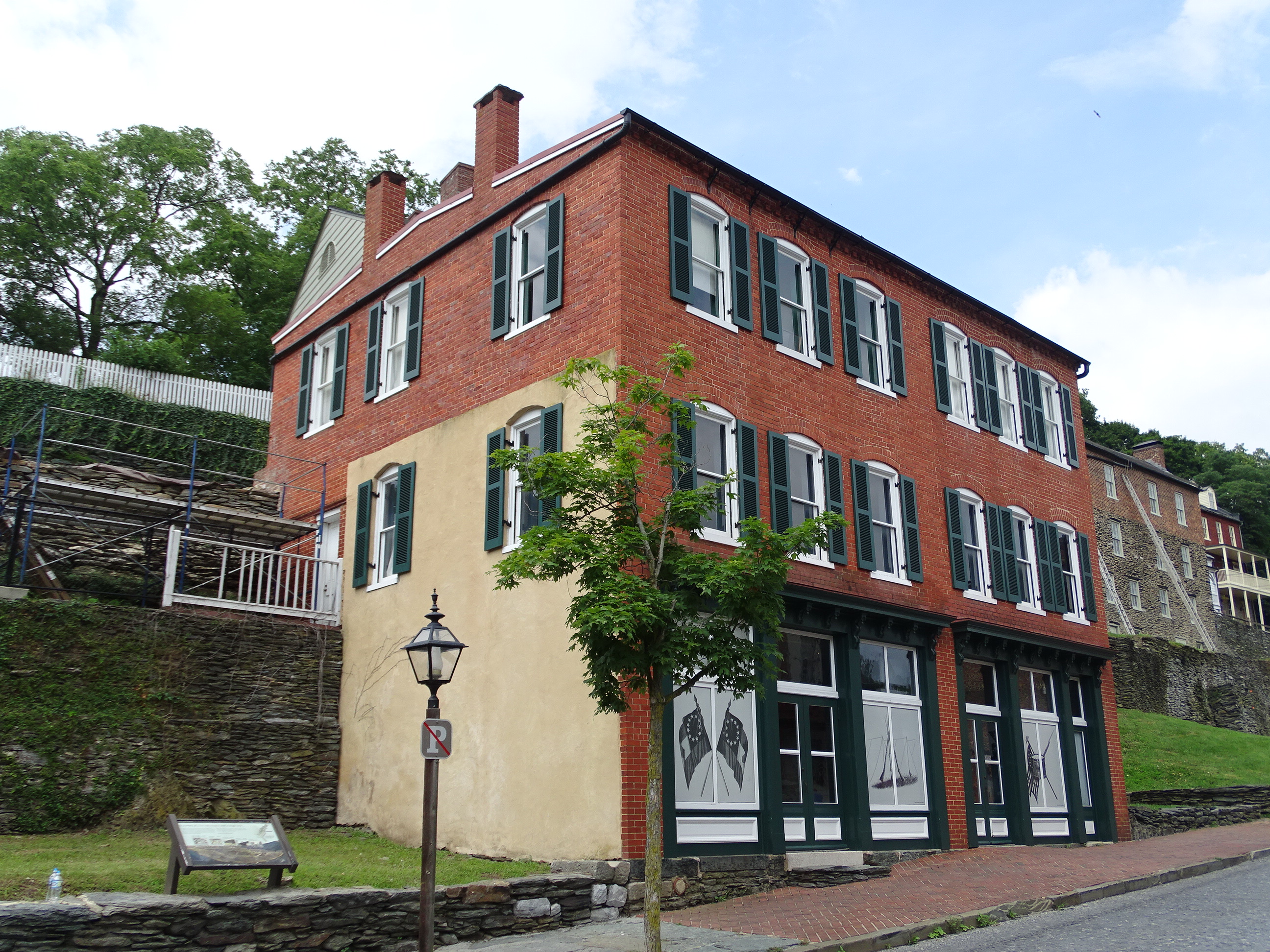 Located next to the famous appliational trail stone steps leading up to the St. Peter Church and now serves as the Civil War Museum for the Harpers Ferry National Park.

The building is on the west side of High Street, the northern section section of Wager Lot 53 and opposite to building no. 14.

There was a two story framed building constructed by the Wager family prior to 1836 at this location. It was replaced by Samuel H. Williams after purchasing the vacant lot in 1849 with a 3 1/2 story stone building sometime during 1849-1858.

The Williams building sat on lot 53a and was a 3 1/2 story stone building with a gable roof and an end chimney on the south gable end. A single dormer pierced the front east slope of the roof. Fronting on High Street and was about 28 feet wide, extending back 20ft deep leaving an area way perhaps 9ft in width between its read wall and the face of the cliff behind it. The exterior of the first two floors were pargeted; the third floor south side wall may have been built of brick. The front entrance was located in the center bay of the first story. Windows had six over six lights and there were not any openings in the south left gable wall. The house did not have a cellar and was used as a dwelling. It was vacant in 1894.

Back in the 1980s when the house was used as an apartment building, a fellow from Fredrick, Maryland, recently divorced, moved into the one of the top apartments with his three young sons. Many nights after he put his kids to bed, he was kept awake from what he described as the cries of a very young child. This went on for over two years.

One night as he was doing the dishes, we witnessed a ball fly across his bedroom which is what he thought a balled up white washcloth. When he went to investigate there was nothing there. As he was standing there trying to figure out what was going on, crying sounds started to come from the closet. He went to the closet to open the door, inside the closet he sees nothing. He went back to washing the dishes and heard the crying noise again. This time he yells for it to shut-up, and a large crashing noise comes from the bedroom, described as if the entire brick wall came crashing down. When he goes to investigate. Nothing was out of place.

The next morning as he was going to work, he ran into his downstairs neighbor, who says, "I don't know what you were doing up there last night, it sounded like and explosion coming from your apartment."

Six years later, in the attic of the house that was being renovated in the town, they found a diary written by a nine year old girl named Ann Marmium. In that dairy she describes how the town was surrounded by the Confederate Army and was attached and bombarded for three days. Anne stated in her diary, there was a women that was in the top of the house when she was sitting walking a baby when a cannon ball came through the house striking them, killing the baby and severely wounding the women. This may explain the residual haunting at this location.