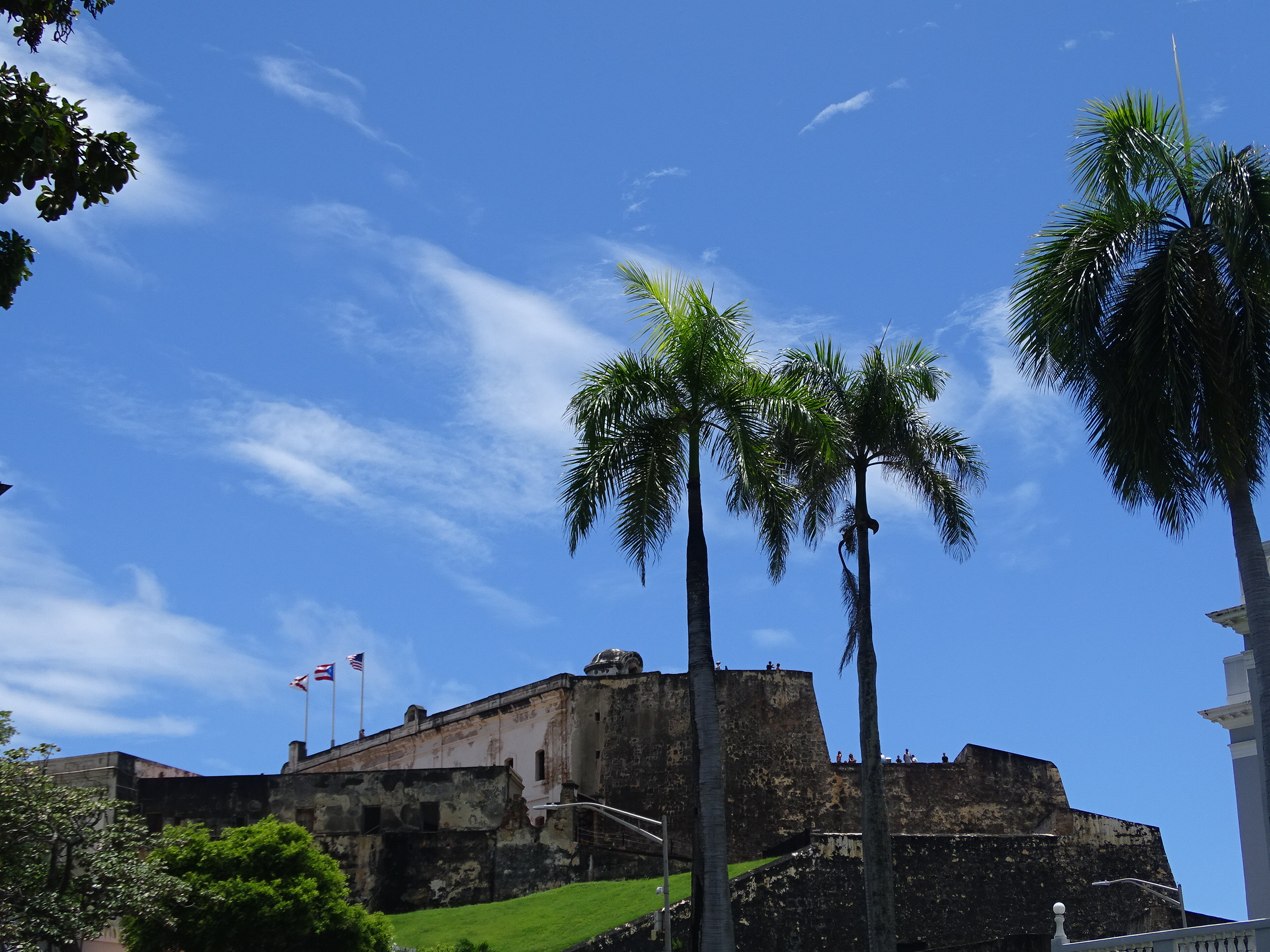 Castillo San Cristpbal, also known as Fort San Cristobal, is a fort in San Juan, Puerto Rico. It was built by Spain to protect against land based attacks on the city of San Juan.

Castillo San Cristpbal, also known as Fort San Cristobal, is a fort in San Juan, Puerto Rico. It was built by Spain to protect against land based attacks on the city of San Juan. It is part of San Juan National Historic Site.

Castillo San Cristobal is the largest fortification built by the Spanish in the New World. When it was finished in 1783, it covered about 27 acres of land and basically wrapped around the city of San Juan. Entry to the city was sealed by San Cristobal's double gates. After close to one hundred years of relative peace in the area, part of the fortification (about a third) was demolished in 1897 to help ease the flow of traffic in and out of the walled city.

This fortress was built on a hill originally known as the Cerro de la Horca or the Cerro del Quemadero, which was changed to Cerro de San Cristobal in celebration of the Spanish victories ejecting English and Dutch interlopers from the island of this name in the Lesser Antilles, then forming part of the insular territorial glacis of Puerto Rico.

Castillo de San Cristobal (Fort San Cristobal) also contains cisterns, that were used for the transport of water during the ages of the Spanish Colony. They are extremely huge (30ft tall, 60ft wide and 100ft long) and were used as bomb shelters during World War II. They could be used for a future war again with some refurbishments.

In 1797, a formidable British military force with more than ten thousand troops launched its third and final attack on Puerto Rico. British forces, led by Sir Ralph Abercrombie, again tried to take control of one of the most strategic locations in the New World, Puerto Rico. A powerful military outpost, key to the Spanish Empire and doorway to the riches of the Americas, Puerto Rico had been long coveted by nations for its strategic location. Against odds, the attackers were repelled by a determine force of defenders. Spanish soldiers, members of the Puerto Rican Fixed Regiment, Puerto Rican Disciplined Militias and citizens valiantly defended San Juan with the impregnable fortifications behind them.

Castillo San Cristobal, a historic fort built in the 1780's in San Juan, is the largest fort built by the Spaniards, and the main setting of one of Puerto Rico's most well-known love tales; In the book Legends and Puerto Rico Traditions, written by historian, Cayetano Coll y Toste tells a story of secret love. The legend states that a young woman named Maria Dolores, whose father was the cities executioner, fell in love with a young wandering thief named Betancourt. I think you can tell where this love story is heading. Unfortunately for Maria, Betancourt was caught stealing and was executed by Maria's father. Betancourt was left hanging in the gallows, where Maria later found him. Devastated by the sight of her deceased one true love, she decided to hang herself next to him. Later that day, Maria's father came to dispose of Betancourt's body and found his beloved daughter with him. It's is said that Maria Dolores and Betancourt can be seen from time to time wandering around the area where they both met their final resting place.