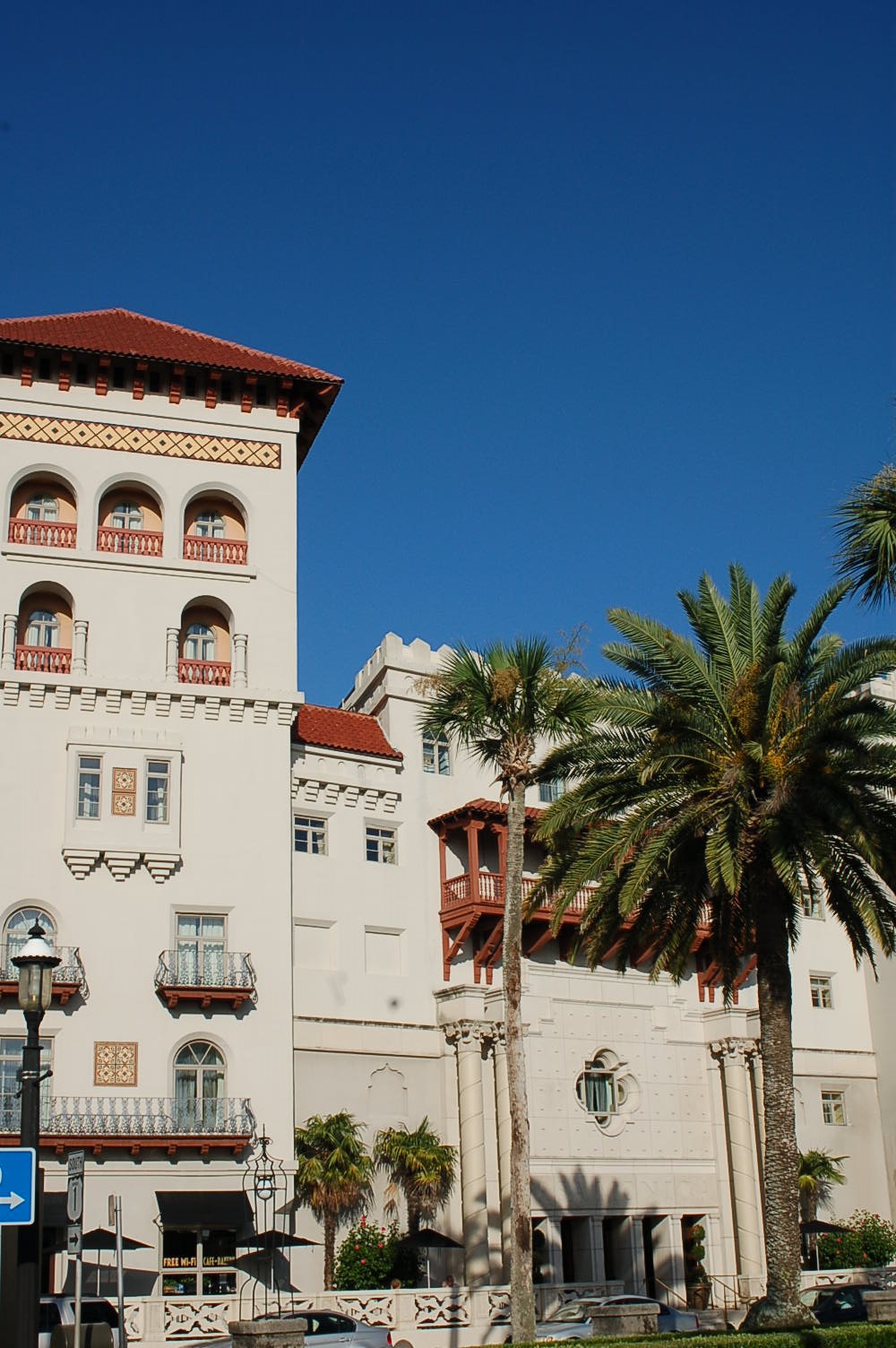 The historic Casa Monica Hotel was originally open for business on New Year's Day in 1888.

In 1902, a bridge was built between Cordova and the nearby Alcazar (which is now the Lightner Museum) and the historic hotel changed its name to Alcazar Annex. One year later, the two became one hotel, advertised as the "enlarged and redecorated" Alcazar. Henry Flagler abandoned the property when the stock market fell. It officially closed in 1932, and in 1945 the bridge was torn down.

In February of 1962, St. Johns County Commission purchased the Cordova for $250,000 to use it as a county courthouse. On May 29, 1968 the Courthouse opened and stayed active until the late 1970s. Then in the mid 1990s, Richard C. Kessler of the Kessler Enterprise, Inc. of Orlando purchased the St. Johns County Courthouse with intent to return the building to a luxurious hotel in Florida.

The historic Casa Monica Hotel opened its doors on December 10, 1999; two years later the king and queen of Spain visited, confirming that the property had graduated into the realm of the country's best boutique hotels.

Two of the most haunted rooms in the hotel are room 411 and room 511, which is directly above the former room. Hotel workers see and experience a lot in a given day, but at the Casa Monica Hotel, workers experience more than most. A guest checked into the hotel one day but never came down the next morning or checked out. Workers found his limp and lifeless body hanging from the ceiling in room 511. Guests now report feeling icy winds moving through the room, finding cold spots in certain places and hearing footsteps when they were the only ones in the room. Guests staying in room 411 sometimes see ghostly apparitions of men in old-fashioned clothing standing in the room. The men disappear from view within seconds.

Though the owners and management of the hotel refuse to acknowledge any ghostly presences in the hotel, housekeepers and other workers have plenty of stories. Many despise cleaning the fourth floor because of the things they see and hear. Dozens of maids have reported hearing kids running, playing and laughing in the hallway when cleaning rooms, but when they opened the door to talk to them, the hallway was empty. Others heard radios and alarm clocks come on in empty rooms and sinks turn on inside empty rooms. The stories and experiences are so common that the housekeeping department now allows maids to work together to clean rooms.

One young woman hired as a housekeeper heard the stories but ignored them until she had a peculiar experience of her own. While working on the fourth floor, she knocked on a door to alert guests of her presence and heard a voice beckoning her from inside the room. When she walked inside, she found the room empty of any living people.

There are also stories told of ghostly apparitions dressed in 1920s clothing spotted in various places around the hotel. Some believe that these ghosts date back to the heyday of the Casa Monica. Several guests spotted a woman in an elegant white dress, and others saw men in morning coats or dapper suits wandering the halls. Though the Casa Monica Hotel went through a major renovation in the 1990s, the ghosts of former guests continue visiting the old hotel year after year.


Many say that Henry Flagler haunts this Hotel. Visitors have reported seeing footprints on carpets in empty rooms, lights shutting off and on, doors locking and unlocking, the sounds of whispering in the hallways and a figure of a white man dressed in a 1920's black and grey striped suit walking in the halls and lobby of the hotel.