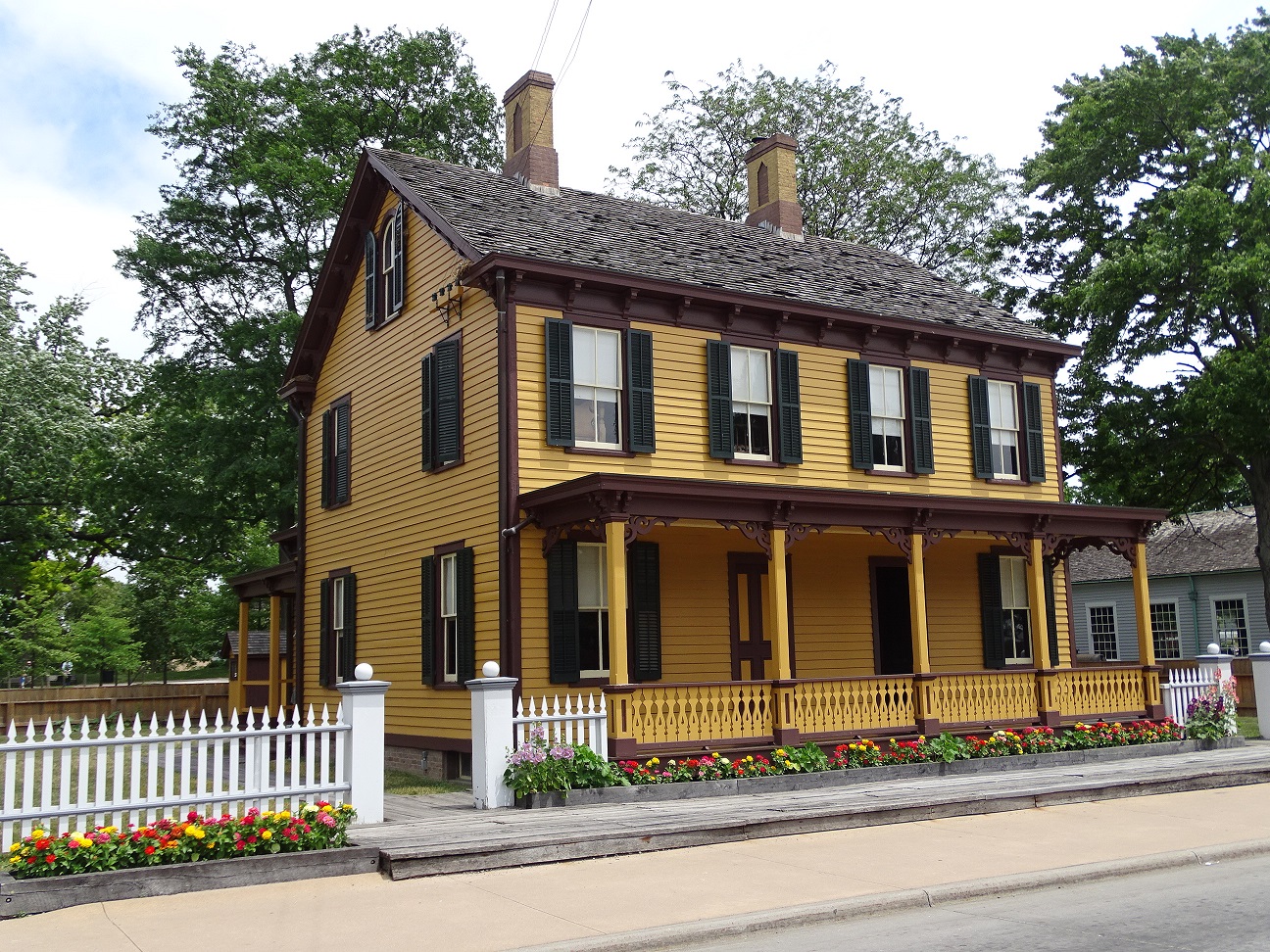 The former boarding house of Sara Jordan that was once housed at Edison's Menlo Park Complex.

This house, built in 1870, originally stood near the laboratory where Thomas Edison and his men toiled in Menlo Park, New Jersey. Widowed in 1877, "Aunt Sally," as Sarah was known, lived in Newark, and was sent for in 1878 by her distant relative, Thomas Edison, to run a place for his workers to eat and sleep. With little employment opportunities for women, Mrs. Jordan accepted the offer and opened the home as a boarding house that same year.

Several of Edison's single employees lived here and would sleep two to three to a bed in the six rooms on the second floor. In fact, at the height of the laboratory's activities in 1880, sixteen boarders called this structure 'home.'

While her boarders slept upstairs, Sarah, her daughter, Ida, and a domestic servant named Kate Williams slept in bedrooms on the main floor. There was a sitting room for the men as well, separate from the women, where they could play cards, smoke, maybe have a drink, and enjoy conversation that sometimes could've been objectionable for feminine ears.

Mrs. Jordan also made extra money by opening up a portion of this house as a lunch room, feeding hungry travelers who happened by. Of course, they would eat on the boarder side of the house, except when there were a great many that showed.

One can just imagine the bustling of activity that took place here; cooking, cleaning, washing, and mending endlessly, for Mrs. Jordan cleaned up after these Edison workers besides cooking their meals.

When it was brought to Greenfield Village with the other Edison buildings in 1929. Mrs. Jordan's boarding house was placed in the Village in the same proximity as to where it originally stood with the buildings in which Edison worked. Sarah's daughter, Ida Jordan Day, donated (or sold to Mr. Ford) many original furnishings and pieces that belonged to the Jordan family. She also arranged the pieces in the way she remembered them as a teenager back in Menlo Park.

The Menlo Park complex was an all-male environment; the closest workaday involvement of women -- not forgetting that Edison and several of his personnel were married -- was at the Sarah Jordan boardinghouse. Offering room and board for unmarried employees at the complex, it was operated by Sarah Jordan, a distant relative of Edison's. The house also played host to the experimental lighting system installed throughout Menlo Park in December 1879.

"My story deals with the Boarding House. it was late in the day and I was getting ready to lock up for the night when I heard the mantel clock chime on Sara's Jordan's side of the home. The clock rests on the fireplace more for decoration because it doesn't work. I didn't think much of the chiming so I locked up the house - at that time we had to lock and unlock both the Burbank office and the Ft. Myers lab. As I was coming back from taking care of that, something caught my eye on the third floor window of the duplex, which is locked and off limits. A man with a dark beard, white shirt, and red suspenders was staring down at me.

Then he faded away. I went back into the house thinking it was a visitor but the door to the 3rd floor was locked and I didn't have a key."