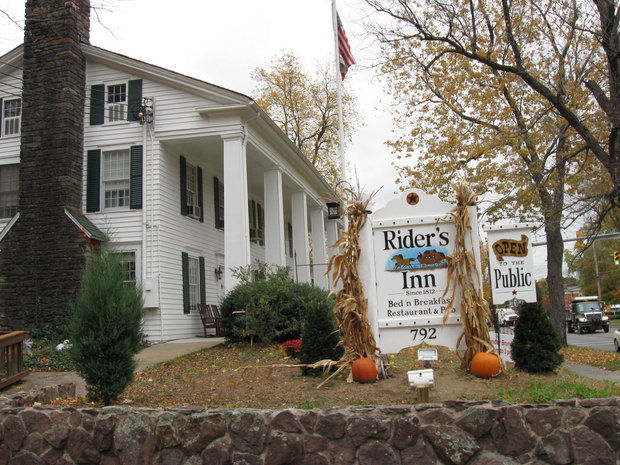 Joseph Rider opened Rider's Inn in 1812. Over the years, the tavern expanded, providing fine accommodations and food for travelers in northeastern Ohio traveling to new ventures out west.

Joseph Rider opened Rider's Inn in 1812. Over the years, the tavern expanded, providing fine accommodations and food for travelers in northeastern Ohio traveling to new ventures out west. Situated on the rough-and-tumble stagecoach route from Buffalo, New York to Cleveland, Ohio, Rider's soon became an oasis of hospitality in the Western Reserve. Later, the Inn became a stop on the underground railroad and a retreat for returned Civil War soldiers. The Rider Family operated the hostelry until 1902 when it fell on hard times. After the discovery of a short-lived hot spring, George Randall, from New York, bought the Inn and in 1922 added a dining room and speakeasy, and enlarged traditional Sunday Stagecoach Breakfast which is continued today. After their retirement, the Inn saw several difficult years until 1988 when owner Elaine Crane and her mother, Elizabeth Roemisch, completely refurbished the establishment into a beautiful country inn located in the college town of Painesville.

A Civil War soldier’s ghost is said to stand near the windows and wave. Also, the spirit of a former innkeeper’s wife named Suzanne is said to reside here as well. Suzanne is said to have come to the door in her nightgown to let guests in when the owners were not at home.