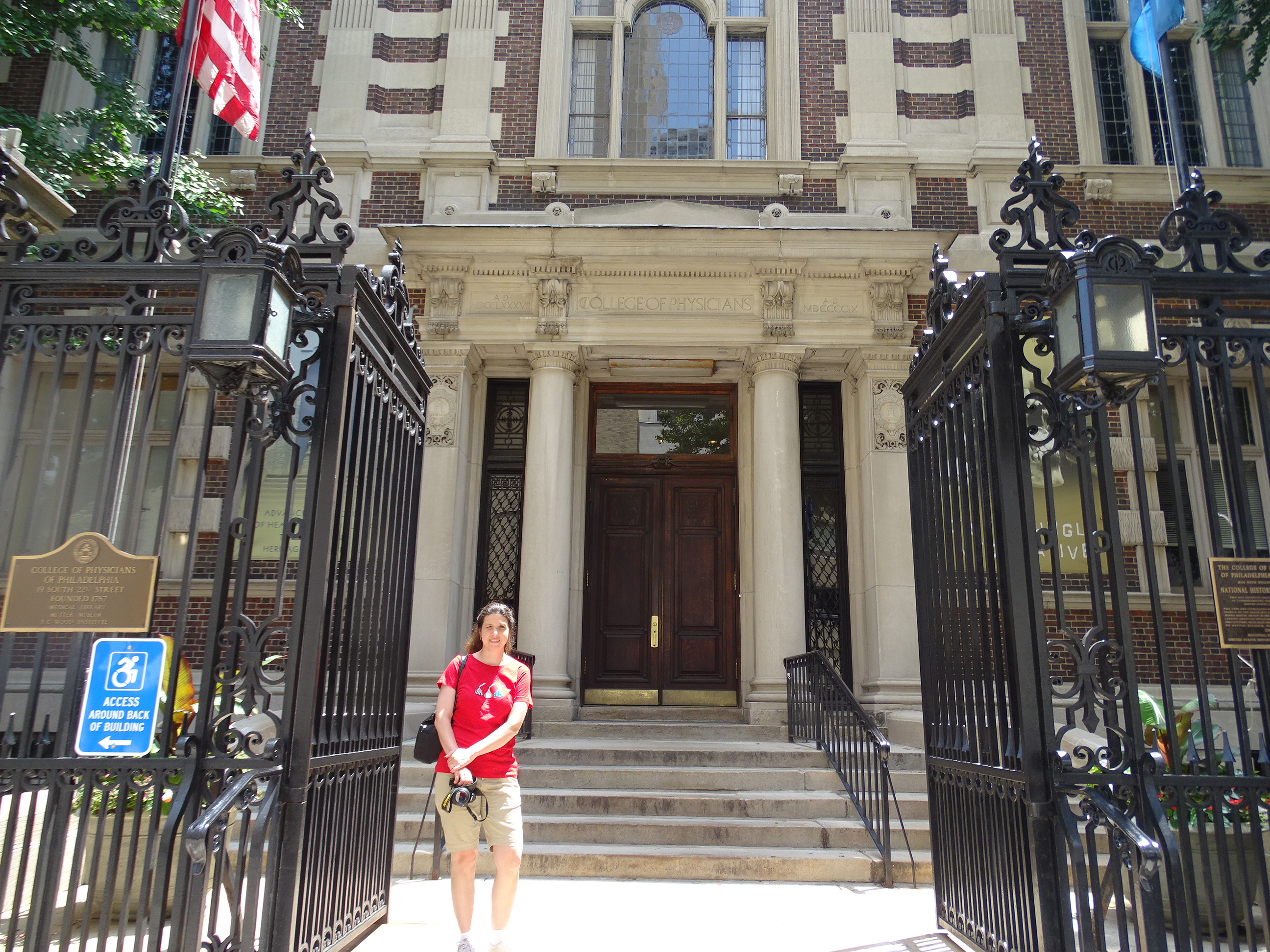 The Mutter Museum of The College of Physicians of Philadelphia began as a donation from American surgeon Thomas Dent Mutter, MD (1811-1859), who was determined to improve and reform medical education.

The Mutter Museum of The College of Physicians of Philadelphia began as a donation from American surgeon Thomas Dent Mutter, MD (1811-1859), who was determined to improve and reform medical education. Dr. Mutter stipulated that by accepting his donation of 1,700 objects and $30,000, the College must hire a curator, maintain and expand the collection, fund annual lectures, and erect a fireproof building to house the collection.

The first building to house the Museum was completed in 1863 and was located on Locust and 13th Streets. When The College of Physicians built its current home at 19 South 22nd Street in 1909, the Museum relocated with its original cases.

Since Dr. Mutter's donation, the Museum collection has grown to include more than 25,000 objects. A notable recent acquisitions have included sections of Albert Einstein;s brain.

The College has held true to its promise to Dr. Mutter since he donated his collection in 1858. Today the Museum enjoys steadily rising international popularity and has been featured in a film by the Quay Brothers, a documentary on the Discovery Channel, and two best-selling books.

A friend and I were touring the museum and we were at the top of the main stairs. I was standing in front of the display at the top of the stairs and the door below display slowly creaked open in front of us. It was very slow and very deliberate. I closed the door and then we started to debunk the event. We tried to shift the floor around with our feet to see if it would fall open. We also opened and closed the door several times to see how easily it would open. It was not what I would call a a loose door. In the end we were unable to debunk why it came open in front of us. We were unable to get it to open by itself again.


According to the site VisitPhilly.com, this macabre museum has a rich history steeped in learning, "Philadelphia physician Thomas Mutter donated $30,000 and his 1,700-item personal museum of bones, plaster casts, medical illustrations and other pathological artifacts to the College of Physicians of Philadelphia. The College has continued to add to the collection since it opened as a museum in 1863. The Mutter collection moved into its current building, which boasts grand marble and oak halls, in 1908."

No doubt a dark and creepy place that invites visitors to be "disturbingly informed," some of the cool things you can check out include: The Hyrtal Skull Collection; The Soap Lady; original Siamese Twins, Chang & Eng; Civil War amputation kits; a giant colon; stillborn fetuses; and, well...lots and lots of skeletons.

The most common claims at this Museum of Scientific Oddities revolve around feelings of unease and dizziness but that could be most likely due to the contents of the museum. According to The Travel Channel, the museum ranks #7 on the list of creepiest places on Earth.