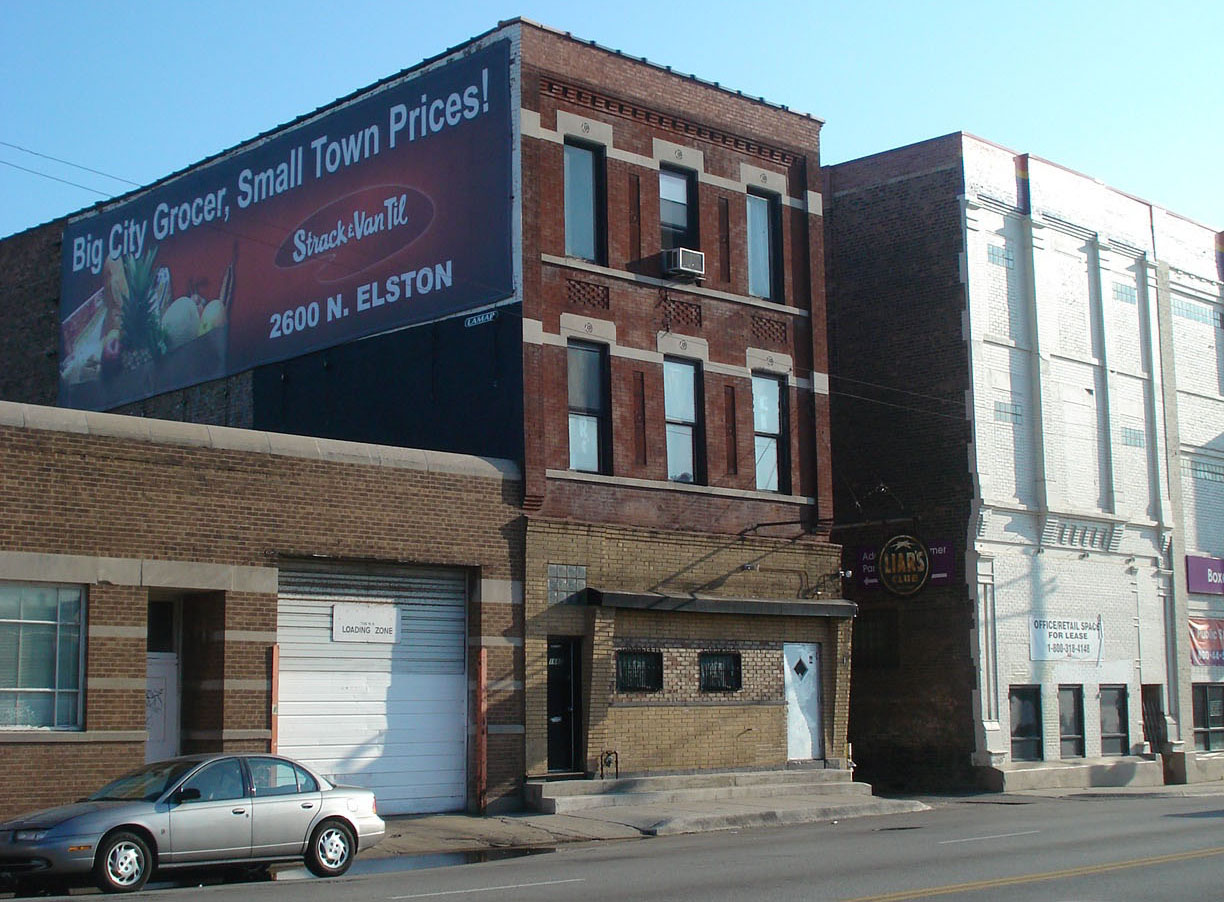 Current nite club that was the scene of several murders.

This two-story bar has a sordid history of people meeting their end. In 1968, when it was a homeless men's shelter, two guys got into a scuffle over a pair of pants. One wound up beaten to death with a Coca-Cola bottle in a corner on the second floor.

It turns out that particular corner is rife with negative energy. Two more murders took place in the same spot. In '58 an abusive husband met his end, and in '86 it happened again, just with the tables turned. "The wife was a large woman, and her tiny husband killed her after she made fun of his size all the time. He got pissed off and dismembered her," Melvoin-Berg explains.

The killings have left their imprint. Customers claim to see Julia Hansen, the large wife, hanging around the deadly corner. A man has also been spotted wandering up and down the stairs. We were not able to confirm whether or not he was wearing pants.

Liar's club, located at 1665 W Fullerton Avenue in Chicago, is too eccentric to be just another dive bar. A great place for punk rockers and metal heads, yet inviting to anyone who wants to enjoy that perfect combination of music, mingling, and booze. It is just intimate enough to feel the presence of great company around you, even the paranormal kind.

This location has had a long history of being called haunted. The upstairs in particular has had many people testify to creepy feelings and experiences. It is there, a ghost is said to appear who's life ended with an ax by her husband. Years later a woman killed her boyfriend with a hatchet. To make these brutalities even more ironic, they both happened in the same corner. The corner with a wall that has a faint remembrance of a pentagram which was painted over after some vandal put it there.