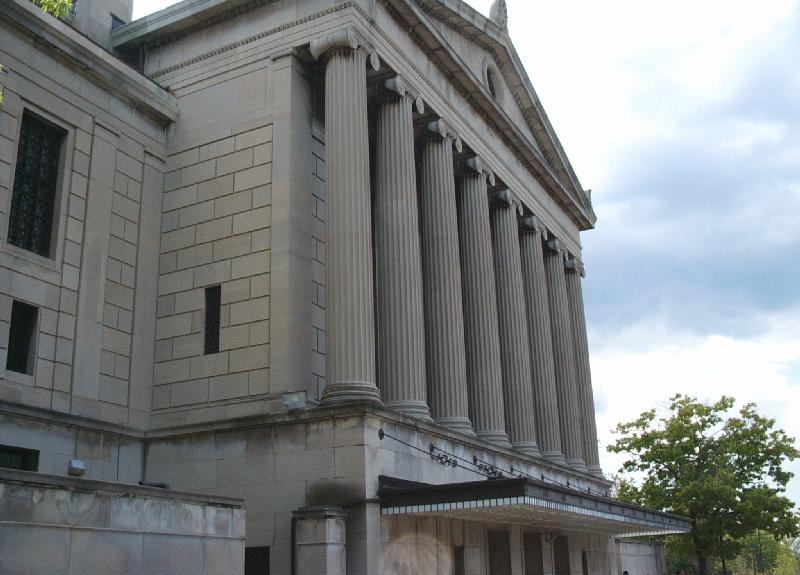 Henry H. Stambaugh, local industrialist and philanthropist, bequeathed to the people of Youngstown and the surrounding areas a magnificent structure on what was then the northernmost part of Youngstown.

Stambaugh features a Concert Hall of three tiers accommodating 2,553, a 8,800 square foot Grand Ballroom on the lower level, and a smaller recital hall (The Anne Kilcawley Christman Memorial Hall) on the third level. The concert hall was designed for musical performance and the fine acoustic quality has been compared to that of Carnegie Hall.

Stambaugh Auditorium is a fine example of Greco-Roman architecture and is on the National Register of Historic Places. Renovations are faithful to the original architectural style. Over the years many well known performers have appeared here. Stambaugh was the original home of the Youngstown Symphony. In the spirit of Mr. Stambaugh's wishes for serving the community, the Monday Musical Club had been at home here since the hall's opening. The Stambaugh Youth Concert Band and Stambaugh Chorus are sponsored by the hall and Opera Western Reserve has offices at Stambaugh.

When Stambaugh Auditorium was built it was done so at a cost of less than two million dollars. The structure was modeled after the public auditorium in Springfield, Massachusetts whose design was based on the Pantheon in Paris. The architect was Harvey Wiley Corbett of the New York firm of Helmle and Corbett Architects. Opening ceremonies for Stambaugh Auditorium were held December 5, 1926. The opening concert was held the next evening, sponsored by the Monday Musical Club. Will Rogers was the featured inaugural performer.

Henry H. Stambaugh, local industrialist and philanthropist, bequeathed to the people of Youngstown and the surrounding areas a magnificent structure on what was then the northernmost part of Youngstown.

Built at a cost of less than two million dollars, the Auditorium was intended to be used for the enjoyment, pleasure, entertainment and education of the community. Henry Stambaugh's will specified that control of the auditorium be in the hands of a Board of Trustees made up of local business leaders, a practice that continues to the present.