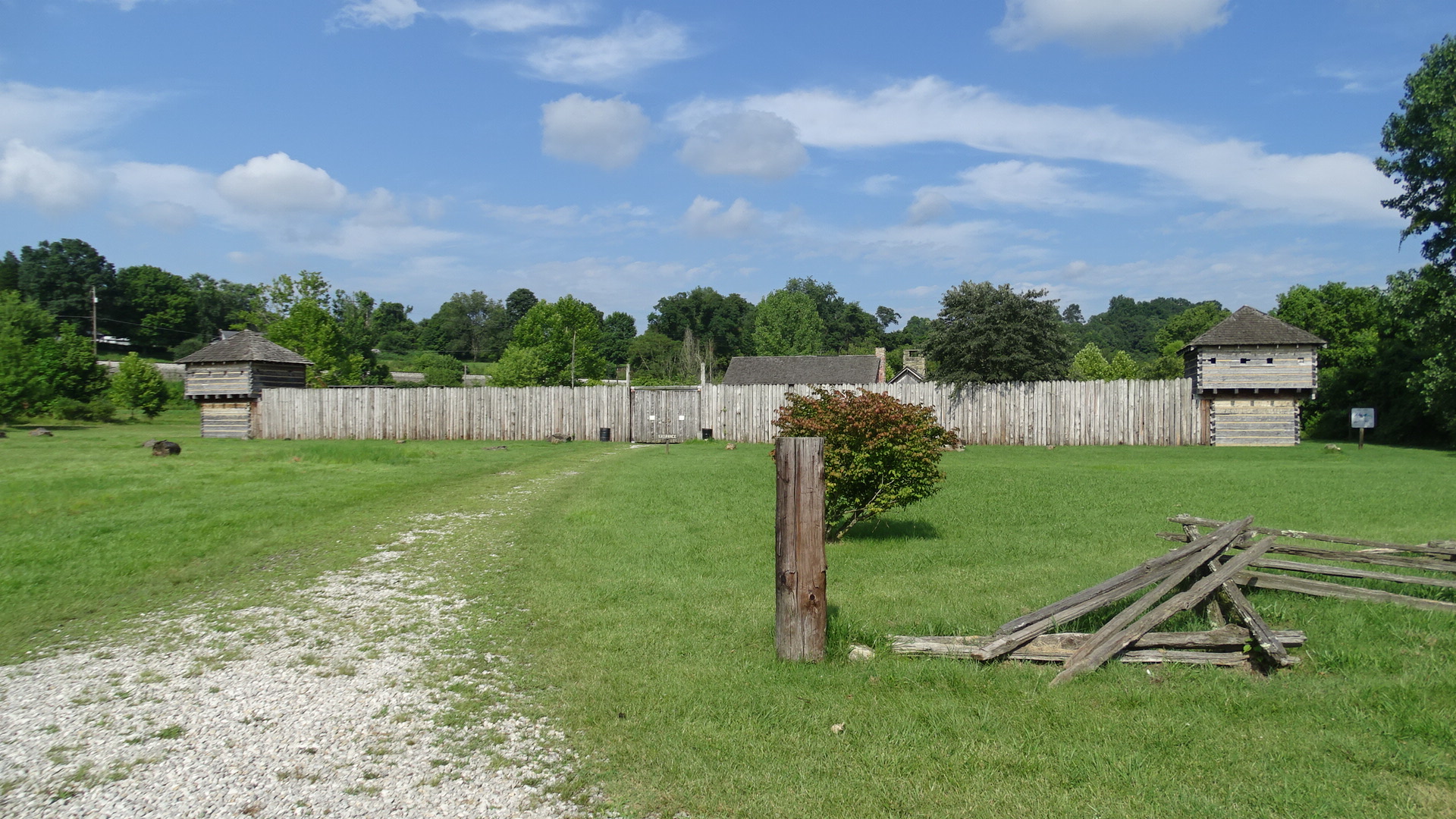 Fort Randolph was an American Revolutionary War fort which stood at the confluence of the Ohio and Kanawha Rivers, on the site of present day Point Pleasant, West Virginia, USA.

Built in 1776 on the site of an earlier fort from Dunmore's War, Fort Randolph is best remembered as the place where the famous Shawnee Chief Cornstalk was murdered in 1777. The fort withstood attack by American Indians in 1778 but was abandoned the next year. It was rebuilt in the 1780s after the renewal of hostilities between the United States and American Indians, but saw little action and was eventually abandoned once again. Two centuries later, a replica of the fort has been built about a mile away.

During the 18th century, the Ohio River Valley was a contested area between the British, the American colonial settlers, and the Native American tribes that lived in the region. Chief Cornstalk was a Shawnee tribal chief who began leading war parties against settlers in 1763. In response, the settlers raided Cornstalk's village and took him hostage. From there, Cornstalk and some of his men were transferred to Fort Pitt in what is now Pittsburgh. The next year, Cornstalk escaped.

By the 1770s, a large confederation of tribes (Shawnee, Mingo, Miami, Ottawa, Illinois, Delaware, and Wyandot) formed a 1,200-man line that stretched from the Ohio River to the Kanawha River in modern West Virginia. On October 10, 1774, 1,100 militiamen defeated the tribal confederacy led by Cornstalk in the Battle of Point Pleasant. Many historians consider this the first conflict of the American Revolution, although others see it as one of the most decisive victories in the history of westward expansion.

Following his defeat, Cornstalk decided to make peace with the American settlers. In 1777, Cornstalk and Red Hawk, a Delaware leader, traveled to Fort Randolph in Point Pleasant to warn the settlers that a large tribal army was preparing to attack the fort under British orders.

When Cornstalk told Captain Arbuckle, the fort's commander, that he would let his Shawnee men fight if the other tribes engaged the colonists, Cornstalk, Red Hawk, and other leaders were taken hostage. The men of Fort Randolph thought that holding Cornstalk would keep the tribal army from attacking. It worked for a time.

On November 10, gunshots were heard coming from the Kanawha River. Two settlers had been ambushed by a Native American raiding party. One man was killed while the other escaped. Enraged, some Fort Randolph men disregarded Arbuckle's orders and shot Cornstalk, Red Hawk, and Ellinipisco, Cornstalk's son. Before dying from eight gunshot wounds, Cornstalk supposedly cursed the men of Fort Randolph with the Great Spirit's wrath.

Various disasters in and around Point Pleasant have been blamed on Cornstalk's curse. The most infamous episode happened in 1967 when the collapse of the Silver Bridge in Point Pleasant killed 46. This disaster supposedly links the legendary Mothman with the curse, connecting two of the largest legends in West Virginia history.