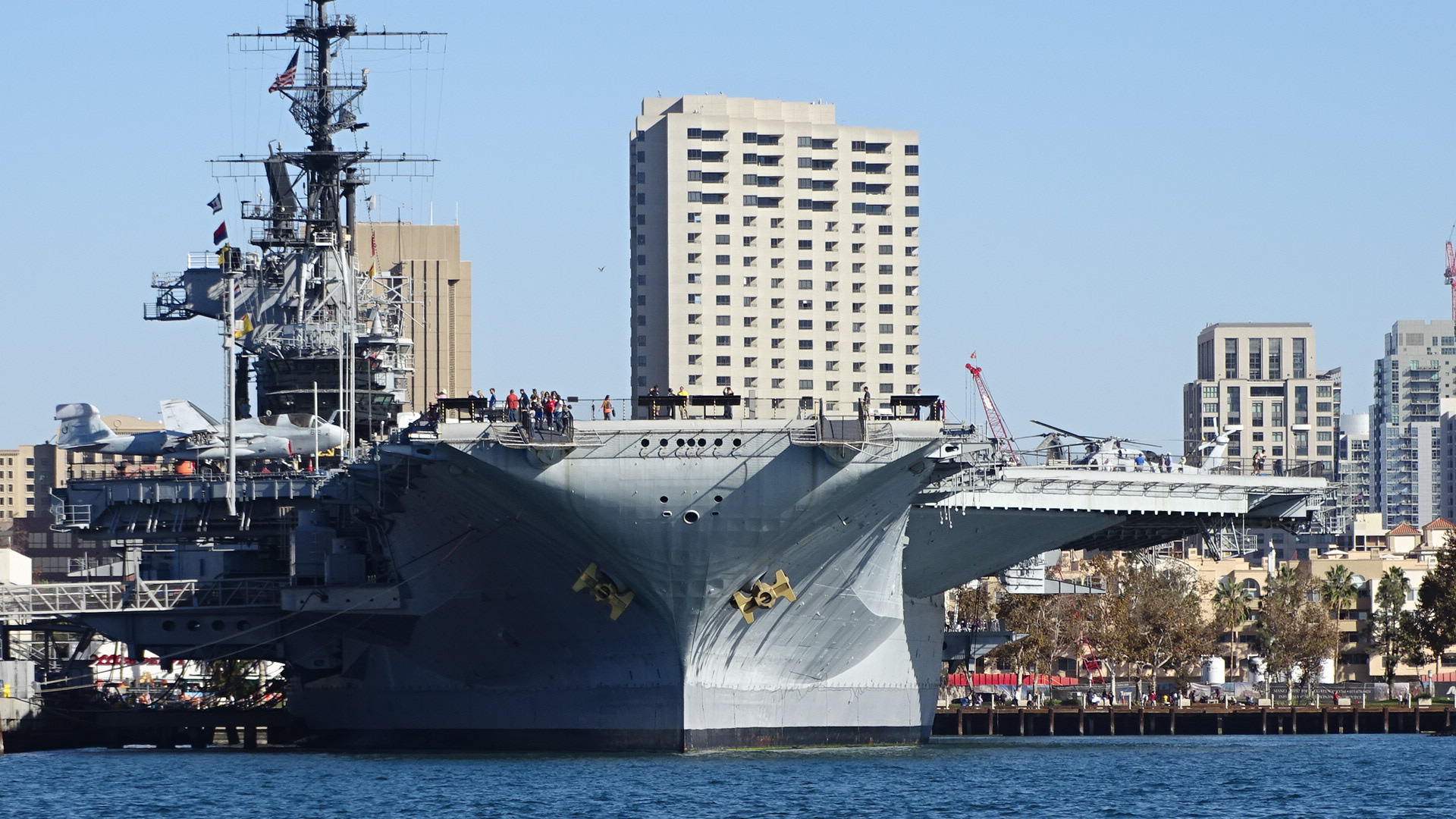 The USS Midway was the United States' longest-serving aircraft carrier of the 20th century, from 1945 to 1992.

The USS Midway was the United States' longest-serving aircraft carrier of the 20th century, from 1945 to 1992. Approximately 200,000 sailors served aboard the carrier, known for several naval aviation breakthroughs as well as several humanitarian missions. It was the only carrier to serve the entire length of the Cold War and beyond. It is currently a museum ship in San Diego, California

At one time the U.S.S. Midway was an aircraft carrier in the navy. It was decommissioned in 1992 after seeing action in Vietnam and being part of Operation Desert Storm in 1991. Today she sits docked in San Diego and is a museum.

There have been claims that as many as 30 different ghosts reside on the U.S.S. Midway. People visiting the Midway have had mannequins on the ship move and appear to speak, while others have felt they were not alone when in the sick bay.

Additional visitors claim to have smelt what they believed to be old blood and stated the air felt very heavy.


Another San Diego staple is the USS Midway. While I was living in America's Finest City, the Midway Museum was not receptive to having any sort of paranormal team investigate the premises officially. I believe this may have changed but the only sanctioned investigation that occurred was by the San Diego Ghost Hunters. The ship was commissioned one week after the end of World War II and it was the largest tonnage ship in the world until 1955. The Midway saw action during Vietnam and was the flagship during Desert Storm. Stories of the haunting on the ship include the sighting of over 30 ghosts in the halls. However, as mentioned before, the staff and volunteers stay mum about paranormal activity. For me personally, I have recordings of strange voices, but given it was in a public location, it's easily debunkable.