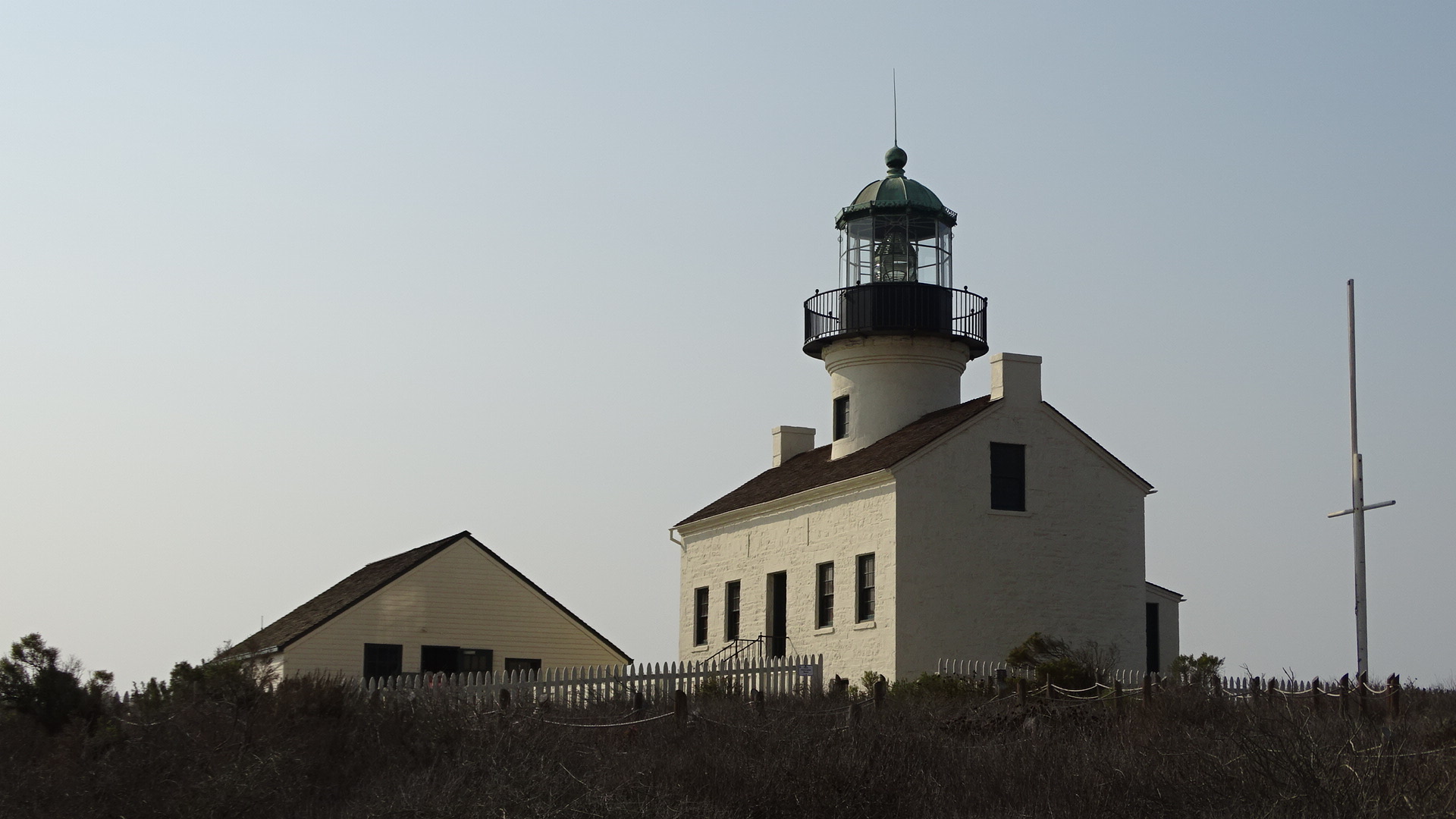 The original Point Loma Lighthouse is a historic lighthouse located on the Point Loma peninsula at the mouth of San Diego Bay in San Diego, California. It is situated in the Cabrillo National Monument. It is no longer in operation as a lighthouse but is o

On September 28, 1850, just 19 days after admitting California to the Union, Congress appropriated $90,000 to construct lighthouses along the California coast. A second appropriation of $59,434 was made in 1854 to complete the job. Lighthouses were designated for Alcatraz Island, Point Conception, Battery Point, Farallon Island, Point Pinos and Point Loma.

A site was chosen in 1851 near the summit of Point Loma. The contract was given to the Washington, D.C. company Gibbon and Kelley. The local supervisor was William J. Timanus.

Construction was begun in April 1854, when a shipment of materials arrived from San Francisco. The lantern and lens had to be ordered from Paris and arrived in August 1855. The lighthouse was completed by October 1855 and was lighted for the first time at sunset November 15, 1855. It was designated light number 355, of the Twelfth United States Lighthouse District

The Old Point Loma Lighthouse serves as both a landmark and a tourist destination. Many people visit to see how the family lived and possibly to encounter some ghostly activity. When it was considered one of the actively haunted places in San Diego people believed they saw the ghost of Captain Robert Decatur Israel, the last lighthouse keeper at the site.


There have been reported incidences of heavy footsteps and breathing, cold spots in some areas and eerie feelings of being watched or someone standing behind you. Some believe the spirits of Spanish explorer Juan Cabrillo (who this park was named after) and Captain Robert Israel (the last lighthouse keeper) watch over this historic lighthouse.