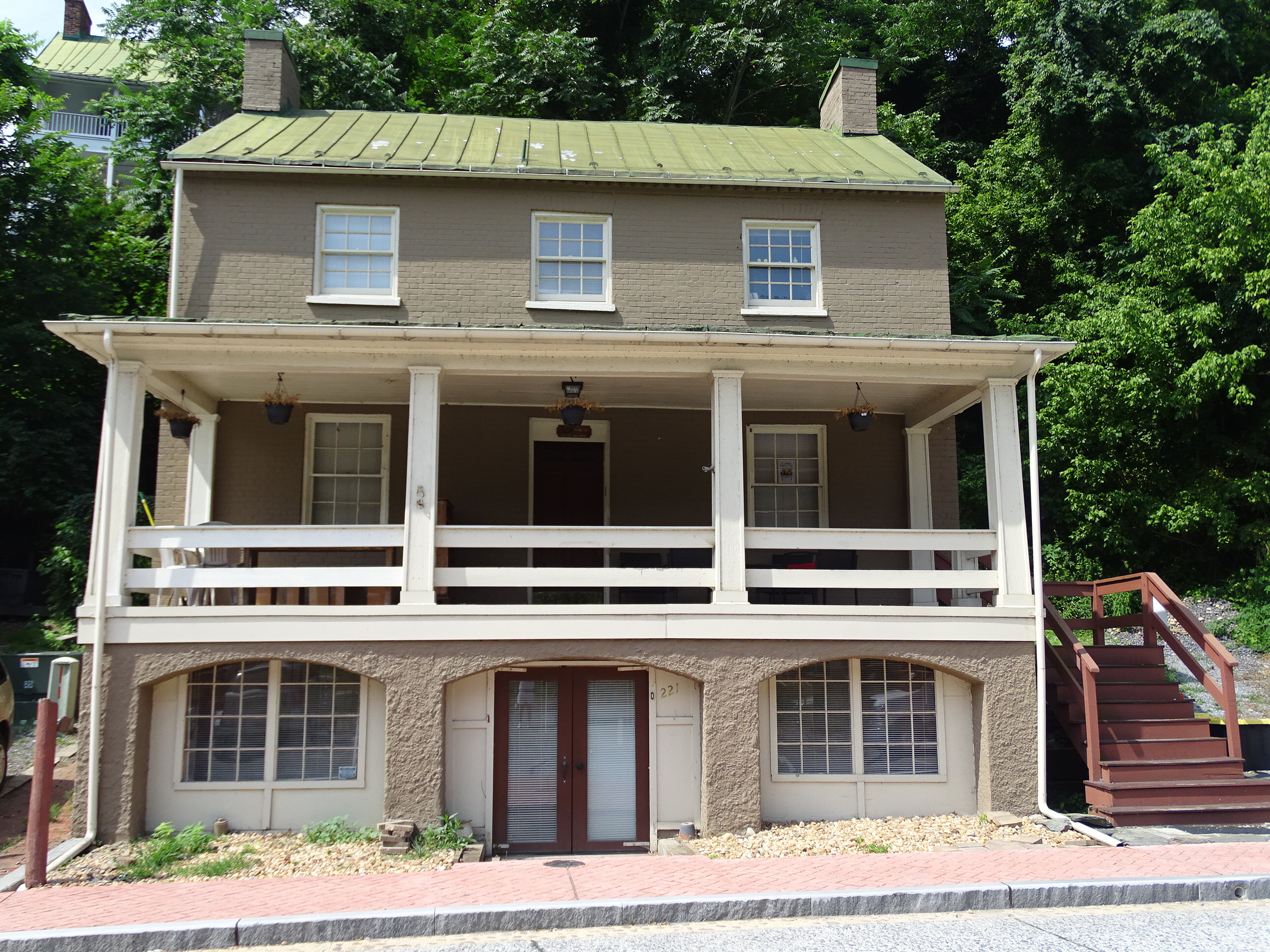 The Iron Horse Inn, located on Potomac Street in Harpers Ferry, was built around 1798.

The Iron Horse Inn, located on Potomac Street in Harpers Ferry, was built around 1798. It served as the first home to the superintendent of the U.S. Armory. During the Civil War, the building, being a government facility, housed both Union and Confederate soldiers at different times. After the war, the building was auctioned off, became a private residence, and in the late 1960s, was turned into the Iron Horse Inn. The term "Iron Horse" comes from the building's close proximity to the railroad tracks, located just across the street.

In the early 1970s, Shirley Doughtery was the owner and proprietor of the Iron Horse Inn. It was quickly realized that she had bought more than just a restaurant...a resident ghost was thrown in for free! Trouble started when Shirley's daughter-in-law and son were closing up for the evening. As the daughter-in-law was upstairs changing clothes, she heard the door begin to shake violently. Right after, she heard the unmistakable sounds of something or someone falling down the stairs...hitting EVERY SINGLE STEP on the way down. Thinking her husband had fallen down the stairs, she quickly ran down and met him. He was in a similar state of panic, believing SHE had fallen down the stairs!

Shirley and family began asking the locals and old-timers in the area if they knew anything in the building's history that could account for such a strange phenomenon. Finally, someone came forth with the following tale:

During the time of the Civil War, the town was occupied by Union troops. A young Confederate spy was sent to infiltrate the area, and gain as much information as he could. Unfortunately, as he was walking down Potomac Street, he noticed guards up ahead. He quickly turned around and began going in the opposite direction. When the guards called out to him to stop, the boy panicked and fled into the nearest building. He ran up the stairs, and attempted to gain entry into a room at the top of the staircase. Unbeknownst to the young Confederate, he had stumbled upon a room full of Union officers. One of the officers pulled out a revolver, shooting the boy in the chest. The impact knocked him backwards, and down the stairs, where he hit each one on his way down. He was dead before he reached the bottom.

Although this series of events would most likely fall into the realm of a residual haunting, either the ghost of the fallen Confederate, or someone else, seems to still be sticking around in a more intelligent way. For over 2 months, a kerosene lamp would hurl itself across the room on a weekly basis. The ghost also likes to play with water, according to some witnesses, including one family who had water thrown at them from the area of the staircase.

According to recent sources, the building is at present unoccupied, but it still remains a stop on the Harpers Ferry Ghost Tours. In fact, it is believed that the creation of the tour is a direct result of the Iron Horse! Now deceased, Shirley Doughtery was intrigued with the history and the haunting of her restaurant, and sought out additional tales from around Harpers Ferry. As a result, the tours were born, and have been going strong ever since!