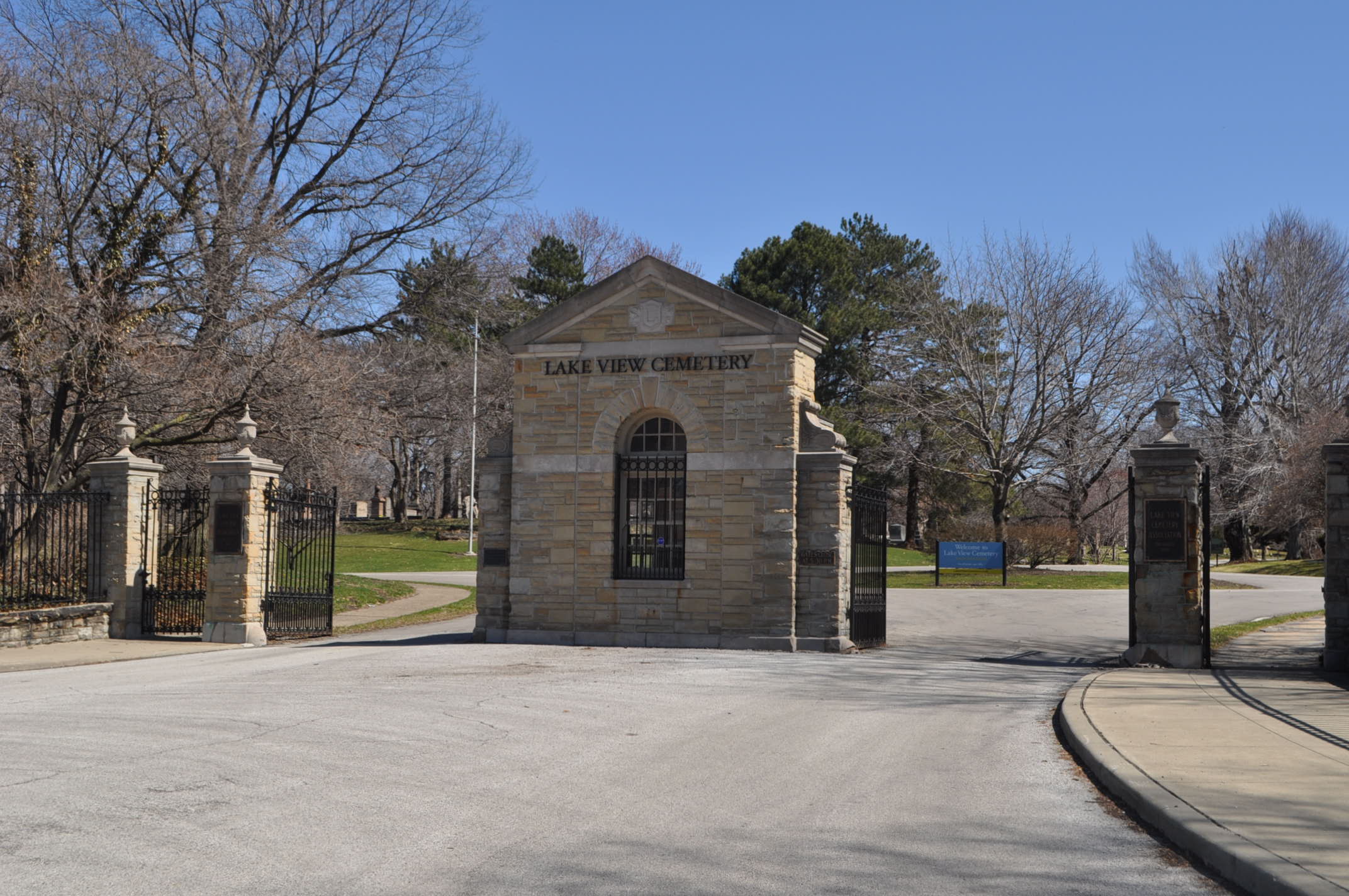 Lake View Cemetery, founded in 1869 by wealthy Clevelanders including Jeptha Wade, was modeled after Boston's Mount Auburn Cemetery as well as the historic cemeteries of France and England.

Lakeview Cemetery, founded in 1869 by wealthy Clevelanders including Jeptha Wade, was modeled after Boston's Mount Auburn Cemetery as well as the historic cemeteries of France and England. The 285-acre scenic park is home to over 102,000 graves, with an average of 700 burials annually. Although the cemetery is known for its illustrious residents, anyone can be buried there, regardless of race, creed, religion, or walk of life.

Lake View Cemetery, located just outside of University Circle, is open to the public daily from 730am to 530pm. The cemetery also hosts periodic events, such as its Memorial Day ceremony and historic walking tours.

In 1979, it was reported that a man, identifying himself as Garfield, called the fire department to inquire about a fire on the grounds that had yet to occur. When a fireman mockingly scoffed at the inquiry, "Garfield" then said: "But I did not say that the fire had already happened--it is going to happen." Ten days later the maintenance roof caught fire at Lake View.

That day, visitors to Garfield's monument reported seeing a "brilliant force" streaming through the air. It was accompanied by two male voices, laughing.