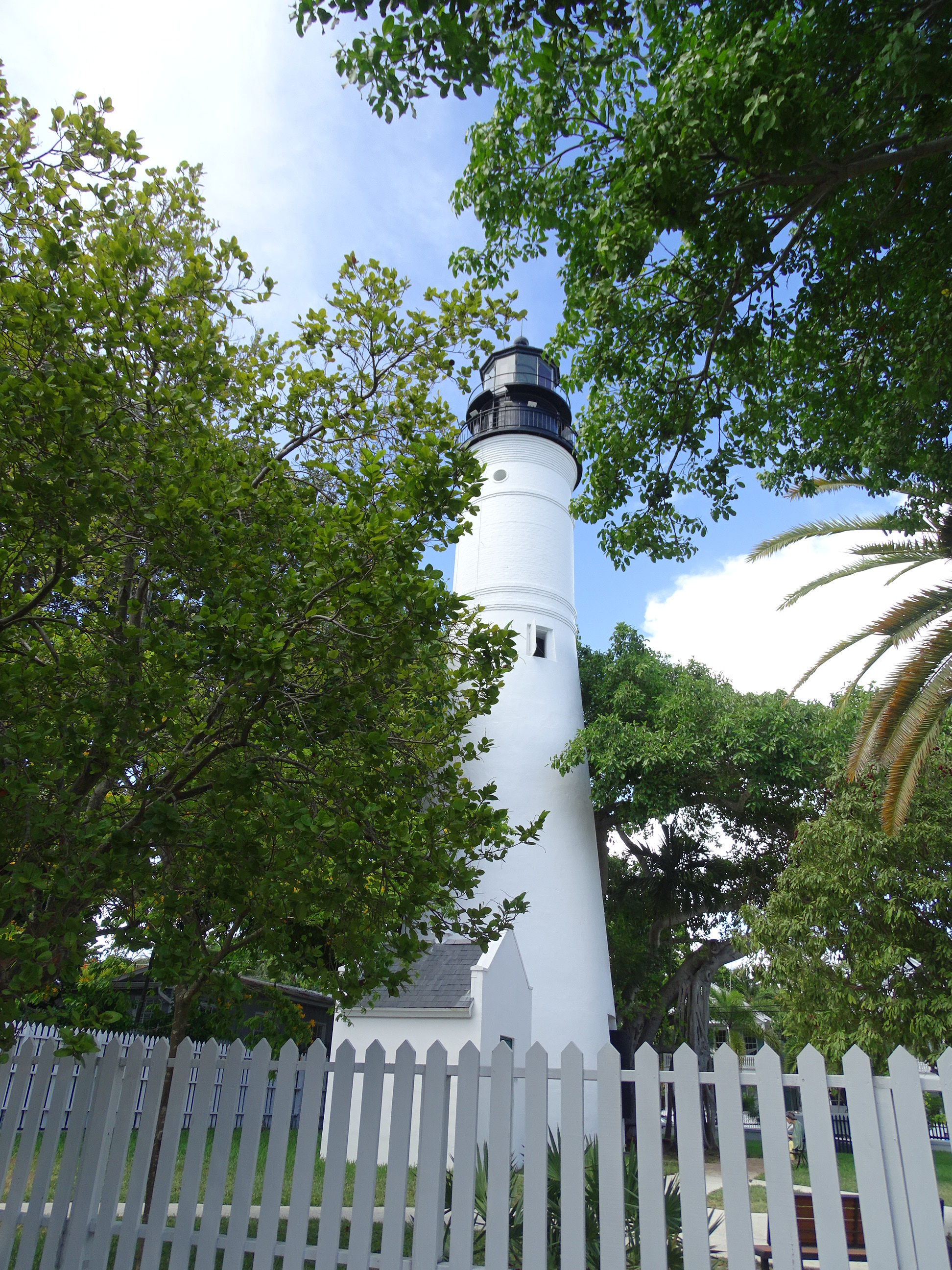 Almost immediately after the U.S. Navy established a base in Key West in 1823, the need for a lighthouse became evident

Almost immediately after the U.S. Navy established a base in Key West in 1823, the need for a lighthouse became evident. Erecting a lighthouse was essential in assuring the safe arrival of both military and commercial vessels navigating the shallow, reef-laden waters off the Florida Keys

The current lighthouse opened in 1848 with a woman as its Keeper; nearly unheard of during the 19th century. In the years following, the Key West Lighthouse underwent a number of upgrades including the installation of a Third Order Fresnel Lens, an extension to the tower which allowed the light to be seen from a greater distance, the addition of Keeper's Quarters, and finally the electrification of the light.

In 1969, the U.S. Coast Guard decommissioned the Key West Lighthouse since there was no longer a need for a full-time Keeper due to technological advancements. Today, this sentinel of the sea stands as a museum dedicated to Key West's maritime heritage and to the men and women who bravely kept the light burning through the threats of war and weather.

Today, visitors can walk up the 88 steps to the top of the light as well as explore the belongings, photographs, and words of the lighthouse Keepers and their families who lived a now obsolete, yet never forgotten, way of life.

Barbara is perhaps the most dedicated of the Key West ghosts. It's said that you can hear her footsteps and even see her climbing the steep staircase to the top of the Key West lighthouse as she diligently attends to her important duties.


Barbara Mabrity kept the Key West Light shining for years and has no intentions of retiring. Her ghost still climbs 88 steps several times a night to make sure everything is in ship shape. Visitors to the keeper's quarters encounter Key West's version of Typhoid Mary. Mary and her husband both fell victim to typhoid fever while employed at the site. Dozens of other ghosts roam the lighthouse grounds, including two women seen walking hand in hand, an unknown soldier and a pensive man near the lighthouse entrance.