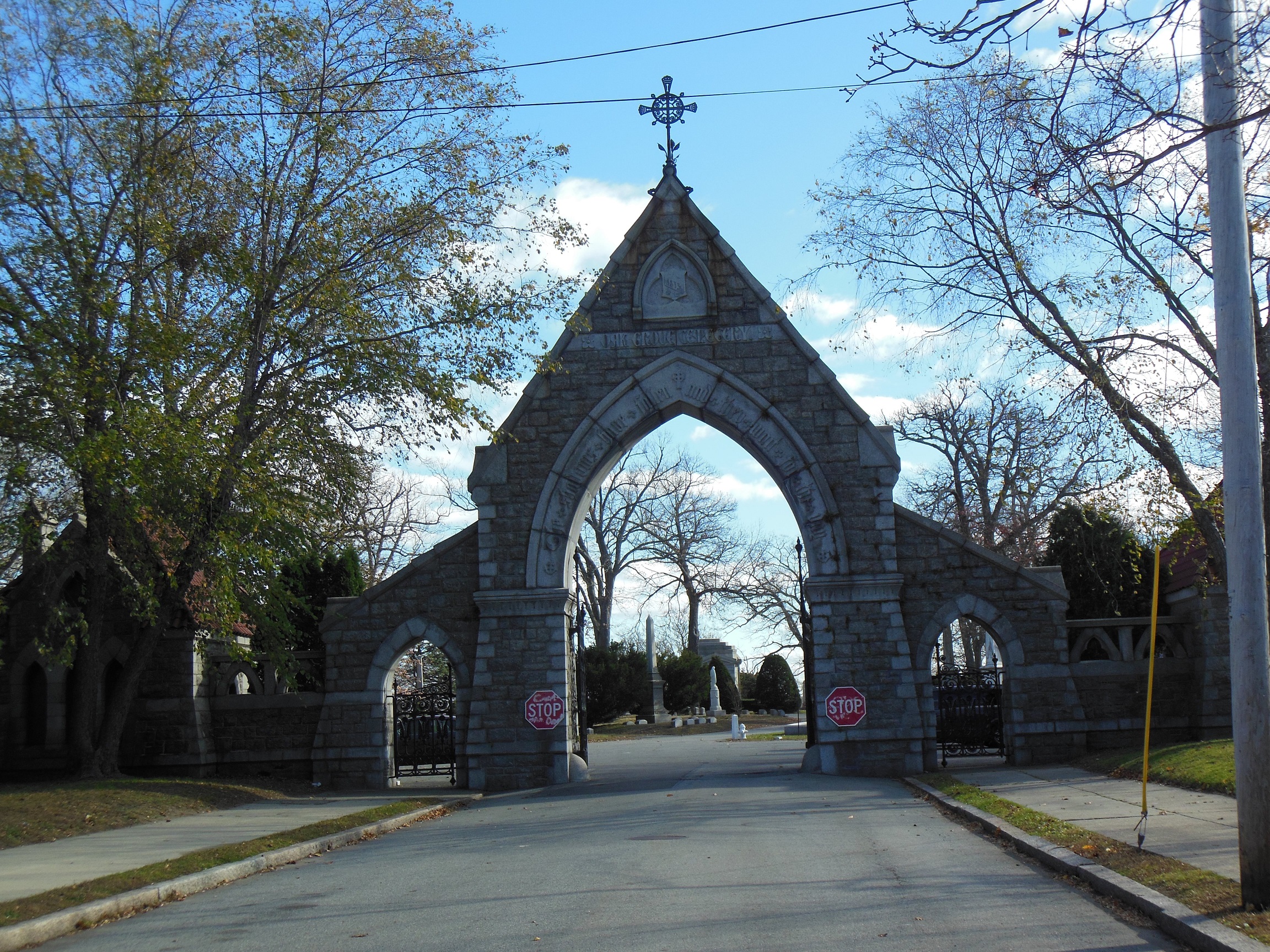 Oak Grove Cemetery was established in 1855 and designed by Josiah Brown. This cemetery houses the burial sites for the Borden family.

Oak Grove Cemetery was established in 1855 and designed by Josiah Brown, who is also known for his designs of early city mills including the Union, Borden City, and the now demolished Montaup Mill.

The original 47 acres of land was purchased by the city from Dr. Nathan Durfee at the high price of $200 an acre. The elevated site was chosen over less expensive parcels because of its central location and natural appropriateness for cemetery use and perhaps because of the importance of the owner. In return for the purchase of his land, Durfee agreed to buy a parcel between North Main St. and Highland Ave. which the city had originally acquired for a park. The new cemetery was located in the relatively undeveloped northeast section of the city.

Oak Grove, Fall River's largest city-owned cemetery, was developed in the mid-19th century as a rural garden cemetery, and its natural beauties and imposing monuments reflect the wealth and pride of the mill owners and the city's elite buried here.

The city's principle families are buried here, the Bordens, Durfees, Braytons, Davols, Chaces, and other founding fathers who shaped Fall River's industrial and civic growth. In 1866 Oak Grove became the final resting place for over 255 children in just one year.

This cemetery dates back to 1855 and is known for being the burial place of Lizzie Borden and her family. People have reportedly heard screaming from the Borden plot and have experienced feelings of uneasiness while in its vicinity. Some have also claimed to see unexplained lights.