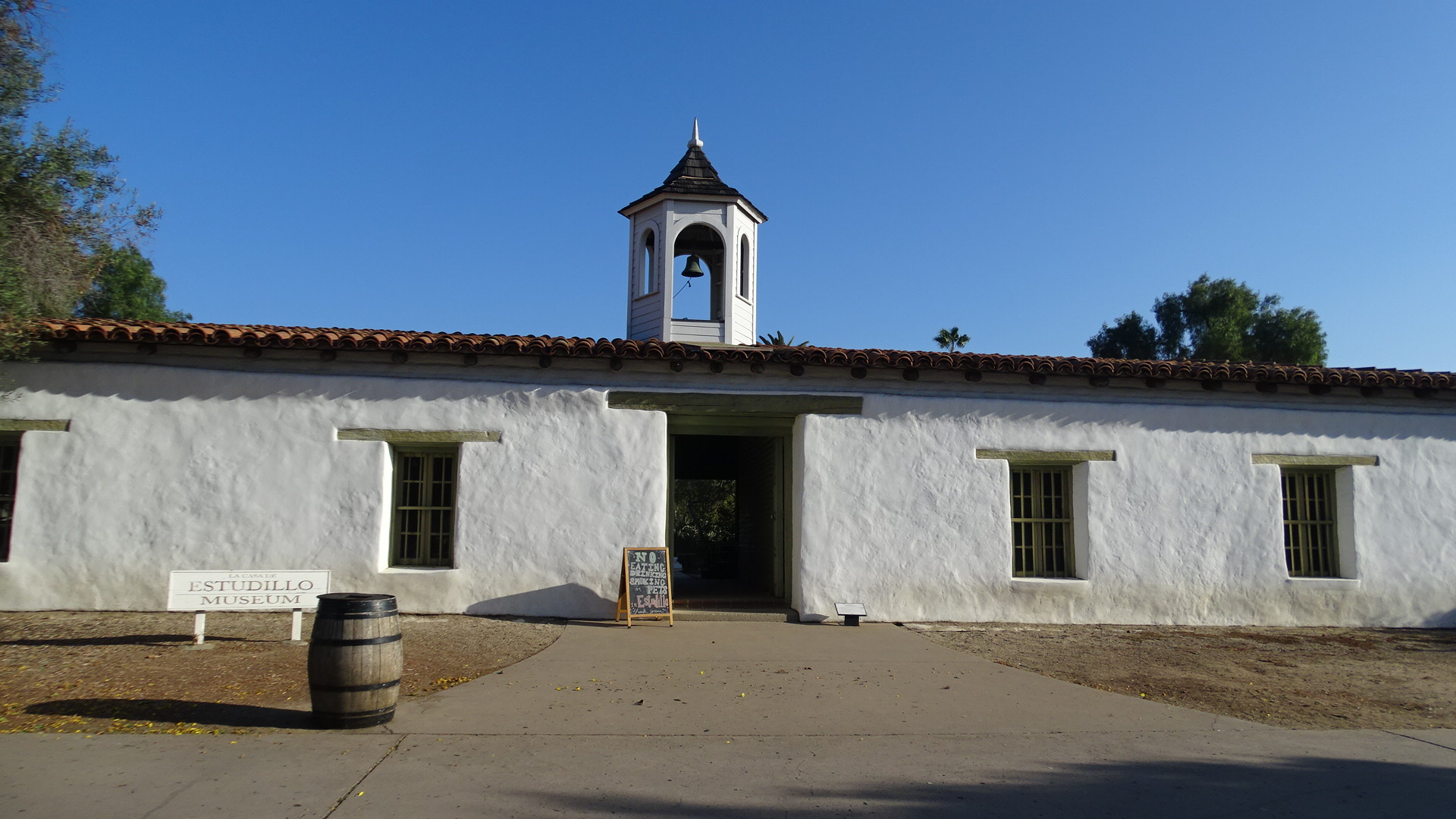 The Casa de Estudillo, also known as the Estudillo House, is a historic adobe house in San Diego, California, United States. It was constructed in 1827 by Jose Maria Estudillo and his son Jose Antonio Estudillo, early settlers of San Diego, and was considered one of the finest houses in Mexican California. It is located in Old Town San Diego State Historic Park, and is designated as both a National and a California Historical Landmark in its own right.

Besides being one of the oldest surviving examples of Spanish architecture in California, the house gained much prominence by association with Helen Hunt Jackson's wildly popular 1884 novel Ramona. The Casa de Estudillo is one of three National Historic Landmarks in Southern California that were closely tied to Ramona, a novel of Californio life shortly after the American acquisition of California; the other two are Rancho Camulos and Rancho Guajome.

Some of the paranormal activity experienced is residual, but there are some intelligent spirits staying or visiting here.

Doors and windows open and close like someone unseen was purposely doing so.

One of the male entities who is attached to this place has a crabby, angry attitude toward religion, children, and paranormal investigators who invade at night.

One investigation group lost a camera from it being thrown by this grouchy spirit.

Another investigation group caught the EVP, "Get out!"

Staff and investigators have experienced red flashes of light in the master bedroom.

While sitting in the courtyard, a medium got a message from this grouchy one, who wanted her to hurt some children and a nun, probably because children are noisy and break things, and he didn't like nuns.

Staff members and visitors have felt cold spots in various parts of the house, even in hot weather.

Entity of female spirit, who calls herself Rose

A medium, Valerie who works with Neighborhood PIM, on her October 10th 2015 visit as a tourist, along with another member experienced a cold spot in the chapel.

While in the chapel, they both caught a whiff of the recent of rose perfume.

This female is described as being sad, as she is visually seen by the people who work here.

This gentleman is dressed in vaquero outfit and has been seen by staff and investigators.

Another male apparition was spotted against the back wall of the home, wearing a period style white shirt.

The entities have shown themselves to the living through mirrors.

Staff have seen human faces in mirrors hanging on the walls, when they were the only living souls in the room.

Both see-through apparitions as well as dark forms have been seen floating about their business from room to room.

A male torso was seen relaxing, by floating above the sofa in the living room.

The entity of a monk

An apparition wearing a brown monk's robe as been seen in the long Spanish-style hallways, especially near the room which was used as a chapel.

The Entity of a young girl

Child is dressed in the Victorian style, and is happily playing in the little rocking chair.

The entities in this Adobe mansion enjoy music!

Staff have heard music that didn't have any physical source in this world.

There was a report that the lid on a music box on display in one of the rooms lifted up all by itself and its music began to play.

Apparitions have been seen dancing across the floor, perhaps revisiting good times.