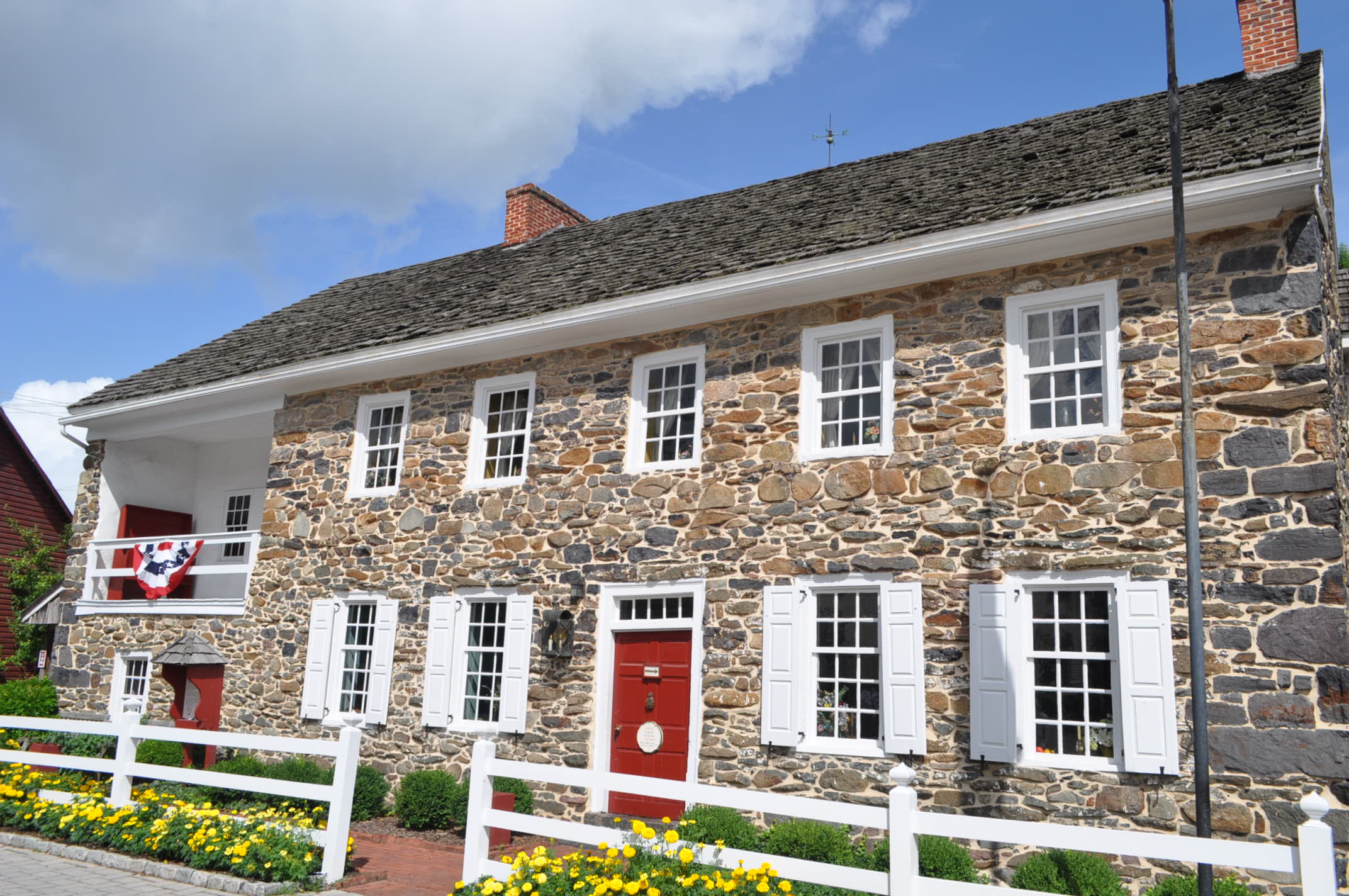 Four Score and Seven years before the Civil War Battle of Gettysburg, (1776), Reverend Alexander Dobbin built a house to begin a new life in America for himself and his family.

Four Score and Seven years before the Civil War Battle of Gettysburg, (1776),
Reverend Alexander Dobbin built a house to begin a new life in America for himself and
his family. Today his home, listed on the National Register of Historic Places, is a colonial
restaurant where candlelit elegance, superior food in abundance, and gracious service bring back
the sights, sounds and tastes of two centuries ago. It consistently wins Mobil Guide's highest
area rating. The friendly hospitality of the Dobbin House extends to the Springhouse Tavern,
Gettystown Bed and Breakfast, Country Curiosity Store, Abigail Adams Ballroom, in-house
bakery and secret "underground railroad" slave hideout.

"Four Score and Seven Years" before President Lincoln delivered his immortal Gettysburg Address (1863-87=1776), Gettysburg's oldest and most historic building, the Dobbin House, was built. Just imagine the residents of the then eighty-seven year old house who probably sat on the balcony to watch as Lincoln delivered his speech on a bluff a few hundred yards away at the National Cemetery!

Reverend Alexander Dobbin, who built the Dobbin House, was an early frontier pioneer who helped settle and civilize the area. Born in Ireland in 1742, he grew to be a man of keen foresight, a person highly respected by his peers, an educator of men of stature, a Minister and a rugged individual who played a major role in the founding of Gettysburg. After studying the classics in Ireland, Dobbin and his bride, Isabella Gamble, set sail for a new life in the New World. Shortly after his arrival in America, he became pastor of the Rock Creek Presbyterian Church, located one mile north of what is now Gettysburg.

In 1774, the Dobbin purchased 300 acres of land in and around what is now the town of Gettysburg and commenced construction of a farm and the Dobbin House, for use as their dwelling and as a Classical School, today's equivalent of a combined theological seminary and liberal arts college. Dobbin's school was the first of its kind in America west of the Susquehanna River, an academy which enjoyed an excellent reputation for educating many professional men of renown. 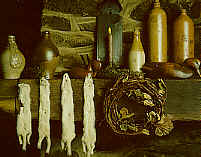 Rev. Dobbin needed a large house for his school and family, for his Irish wife had borne him ten children before her early death. He remarried to the widow, Mary Agnew, who already had nine children of her own!

Rev. Dobbin, a short, stout, smiling gentleman who wore a white wig, became a highly respected community leader, as well as minister and educator. He worked diligently to establish in 1800 an autonomous Adams County, which originally was a part of neighboring York County. Thereafter, he was one of two appointed commissioners to chose Gettysburg as the new county seat. 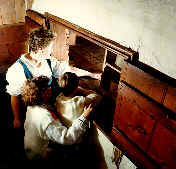 In the mid-1800's, a secret crawl space, featured in "National Geographic", served as a "station" for hiding runaway slaves on their perilous journey to freedom on the "Underground Railroad." After the battle of Gettysburg ceased, and the armies had departed, it served as a hospital for wounded soldiers of both the North and the South.

Today the historic house appears virtually the same as it did over 200 years ago. Its native stone walls, seven fireplaces, and hand carved woodwork have been painstakingly restored to their original beauty and character, with interior decor in the traditional eighteenth century manner. Many of the home's antique furnishings are identical to those listed in the inventory of Rev. Dobbin's estate. The china and flatware exactly

match fragments which were unearthed during the re-excavation of the cellar. The servant's period-clothing is completely authentic right down to the tie on pockets!

As a truly authentic colonial tavern, patrons of the Dobbin House may "eat, drink and be merry". Our recipes have been published in "Bon Appetite" and "Cuisine" magazines. Truly a visit is more than a superior culinary delight, it is an enchanting journey back to the charming quaintness and lively spirit of Gettysburg's and America's beginnings!

During their stay at Gettysburg, a family visited the Dobbin House for dinner.  While they were eating, they were discussing their day’s events, yet the little boy in the group was not paying attention as if he was preoccupied by something else.  Finally the father reached over to give him a little nudge and ask him what was going on; he was not listening to everything else the family was talking about.  The little boy said he was watching the little boy over in the middle of the floor trying to get a splitter out of his bare feet.  The mother and father (and the rest of the family) looked over and they didn’t see anything the little boy was describing.  The boy said, “He’s over there, he’s wearing a dark blue shirt, black pants, and black suspenders.”  Again, the other family members say nothing. - Story told by tour guide