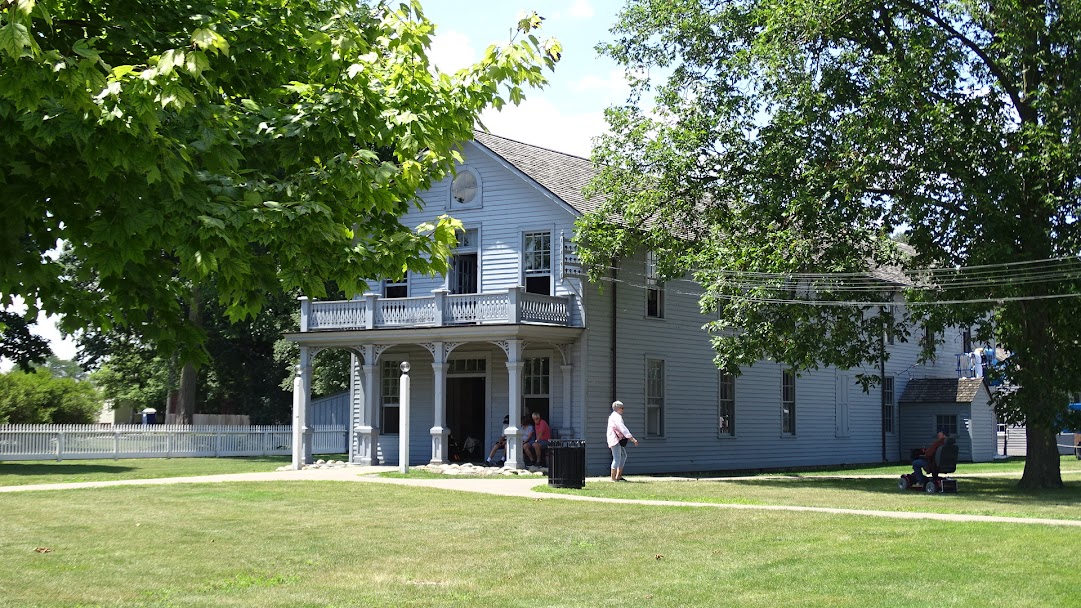 In 1876, Thomas Edison set up his home and research laboratory in Menlo Park, which at the time was the site of an unsuccessful real estate development named after the town of Menlo Park, California.

In 1876, Thomas Edison set up his home and research laboratory in Menlo Park, which at the time was the site of an unsuccessful real estate development named after the town of Menlo Park, California. While there, he earned the nickname "the Wizard of Menlo Park". The Menlo Park lab was significant in that was one of the first laboratories to pursue practical, commercial applications of research. It was in his Menlo Park laboratory that Thomas Edison invented both the phonograph and a commercially viable incandescent light bulb filament. Christie Street in Menlo Park was one of the first streets in the world to use electric lights for illumination. Edison left Menlo Park and moved his home and laboratory to West Orange, New Jersey in 1887.

Thomas Edison was Henry Ford's life-long hero and, as adults, were very close friends. And when Mr. Ford formed the idea for Greenfield Village he knew he wanted to pay tribute to this greatest of all inventors. What better way to do this than to restore the "factory" where so many of his greatest inventions took place?

In March of 1928, Ford began the restoration process. He wanted to reconstruct the Menlo Park complex where Edison and his skilled helpers worked at inventing "the future" from the years 1876 to 1886, and he wanted to do it in every minute detail. It was unfortunate that the original site was nearly completely dismantled by neighboring farmers not too many years after Edison's move to West Orange, New Jersey in 1887. In fact, it was only a year after Edison had removed himself cows began to wander amongst the buildings of the complex, and a chicken farmer even allowed his flock to make the laboratory their home! Soon after, many local residents began using the quickly dilapidating building's boards to repair their own deteriorating barns and hen houses. A severe storm blew what was left of the building over in 1913.

Luckily, with Mr. Edison's help, many of the original boards were found, including some that were in storage, while others were regained through purchase of the sheds and other farm buildings mentioned above. Edison himself supervised the reconstruction.

Ford was also able to locate or find exact replicas, through the aid of photographs and the memories of those who worked there, of the furniture, tools, and other artifacts that once played an important role inside the lab.

Excavators dug through the original ground and not only found thousands of pieces of Edison's trash and other original "relics" from the lab that had been thrown out (which were gathered and shipped to Dearborn), but they could also see how the original buildings were positioned.

Once they were brought and reconstructed inside the brand new Greenfield Village, Ford had the building complex aligned in the same directional orientation as they were in New Jersey, and even included carloads of New Jersey clay from the original grounds!

"It was a raining cold day, and I was working at the Menlo Park main building. It was myself and another presenter. We were sitting there and, because of the rainy weather, didn't see a visitor all day. It was about 4pm when we both heard the door open near the assay room and then close shut. We then heard footfalls on the floor coming towards us. The sound then went up the stairs to the lab. We both witnessed this and still talk about to this day."