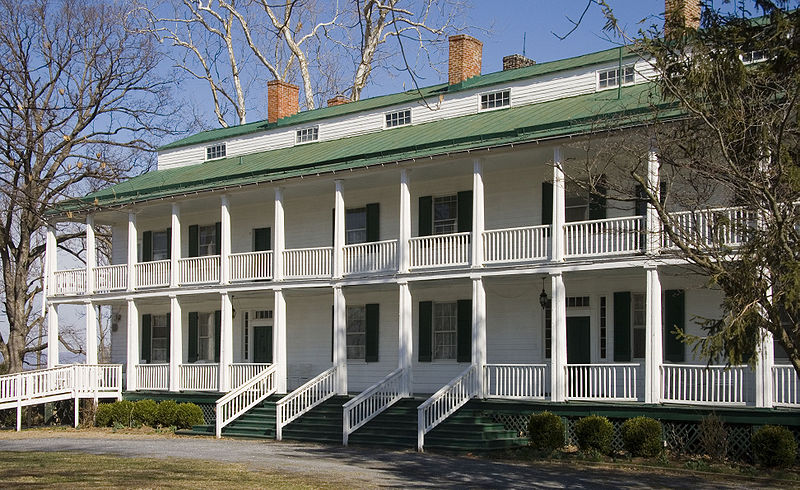 The magnificent Landon House mansion in Urbana, Maryland is an incredible repository of American history. Built in 1754 along the Rappahannock River in Virginia, the Landon House served as a silk mill for 80 years before being dismantled and moved.

The magnificent Landon House mansion in Urbana, Maryland is an incredible repository of American history. Built in 1754 along the Rappahannock River in Virginia, the Landon House served as a silk mill for 80 years before being dismantled and moved to Urbana and rebuilt as a girls' school (the Shirley Female Academy) in 1840. From 1850-1860, it became the Landon Military Academy and Institute. Landon was abandoned during the Civil War...becoming world-famous as the host site for dashing Confederate General J.E.B. Stuart's Sabers and Roses Ball held on September 8, 1862 in honor of Anne Cockey, the "New York Rebel". Just a little over a week later, the Union and Confederate Armies would clash at Antietam Battlefield in what remains the single bloodiest day in American history. Civil War "lightning sketches" of Abraham Lincoln, Jeff Davis and Stuart remain to this day on the parlor walls of the Landon House.

After the Civil War, one of Stuart's officers, Luke Tiernan Brien,a Frederick County resident, purchased the abandoned military academy, and lived there with his wife until 1912. Legend has it that, if you stop by Landon on a Fall night, you might see Luke and his beloved wife in their rocking chairs, awaiting the return of their children for a visit.

Listed in the National Register of Historic Places as the Stancioff House, the Landon House has a rather unusual history. Legend speaks of the house originally being built on the Rappahannock River in Fredericksburg, Virginia as a factory before it was dismantled and transported to its current location in the 1840s. We do know from historical records that Rev. R.H. Phillips, who moved the house, established a girls seminary in the house and later a boys military institute in the house prior to the Civil War. In the days leading up to the horrific Battle of Antietam, 17 September 1862, Confederate General J.E.B. Stuart stayed in the house and held a gala ball. Whatever mirth remained from the ball was overcome by horror as the wounded and dying poured into the house following Antietam. Numerous apparitions and large amounts of paranormal activity has been experienced throughout the house, particularly the basement. A weekend-long investigation of the house in 2004 by the Western Michigan Ghost Hunters Society uncovered activity in most rooms of the house and throughout the grounds.