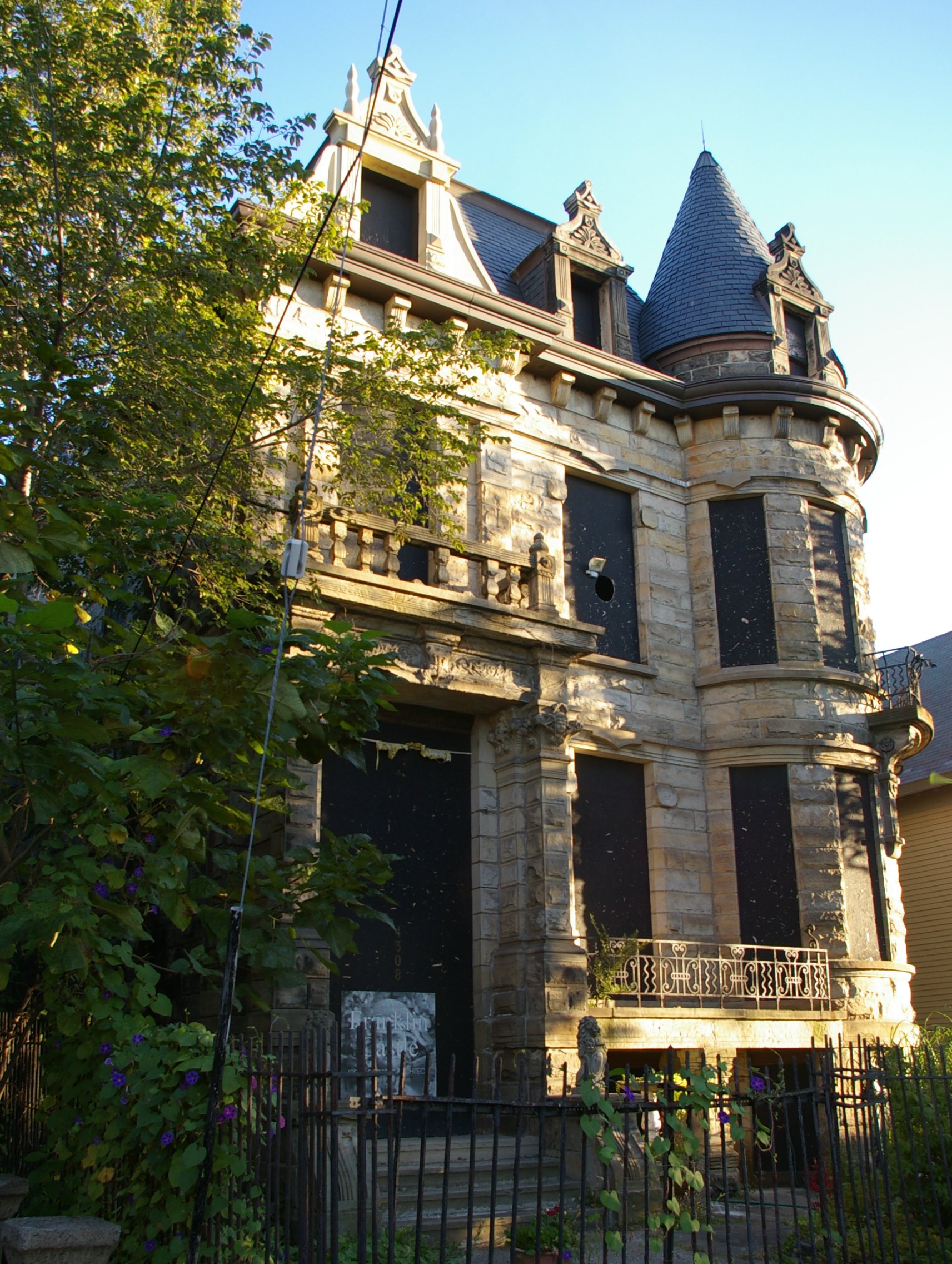 The house was built in 1881 by architects Cudell and Richardson for Hannes Tiedemann, a German immigrant, and has a horrific past, as well as, some ghostly stories.

The house was built in 1881 by architects Cudell & Richardson for Hannes Tiedemann, a German immigrant. On January 15, 1891, Tiedemann's fifteen-year-old daughter Emma succumbed to diabetes. The house saw its second death not long afterwards when Tiedemann's elderly mother, Wiebeka, died. During the next three years the Tiedemanns would bury three more children, giving rise to speculation that there was more to the deaths than met the eye.

To distract his wife, Luise, from these tragedies, Tiedemann began extensive construction on the home, adding a ballroom which runs the length of the house in the fourth floor of the manor. Also during this building, turrets and gargoyles were added to the edifice's facade, giving the house an even more pronounced "castle" appearance.

It is rumored that there were hidden rooms and passageways that were used for bootlegging during Prohibition. Though rumored, none of these rooms or passageways exist other than a small stairway used by servants from the kitchen to the front door.

Luise Tiedemann died from a liver disease on March 24, 1895, at the age of fifty-seven. Hannes sold the house to the Mullhauser family, and by 1908 he and the entire Tiedemann family were dead, leaving no one to inherit his considerable personal wealth.

Rumors of crimes committed in the house by Tiedemann (including sexual indiscretions and murder) have contributed to Franklin Castle's reputation as a haunted house.

Tiedemann's three babies died mysteriously in the house, as did his fifteen-year-old daughter Emma, of diabetes. His wife died from liver trouble here. A servant girl was supposedly killed in the servants' quarters on her wedding day for refusing Tiedemann's advances. He is said to have shot his mistress Rachel for wanting to marry another man; the choking sounds of her death can be heard in one of the rooms.

The owners of Franklin Castle have been subject to its many hauntings. The children of a couple who lived in the house for a while asked for a cookie to give to their friend, a little girl who wouldn't stop crying. Mrs. Tiedemann is said to have possessed the wife of one of the owners for a period. No one stays long.